Gaps in enforcing the Domestic Violence Act will be stopped with the introduction of an initiative to streamline the roles and responsibilities of agencies involved.

Nurhidayah Abdul Ghani, 28, was beaten to death last May by her estranged husband who was abusive throughout their 11-year marriage. She feared for her life – she had filed for divorce, made numerous police reports on her husband’s behaviour, and even received several interim protection orders (IPO). Even her mum and her sister made police reports, alarmed at the abuse Nurhidayah suffered from.

Despite Nurhidayah going through all the official channels, her husband wasn't deterred from attacking her. He beat her, savagely, until she died from her injuries. Her husband and three others have since been charged with murder under Section 302 of the Penal Code, which carries a death sentence upon conviction. The case is fixed for hearing on April 28.

Malaysia passed the Domestic Violence Act (DVA) in 1994, the first country in the region to pass a specific law on domestic abuse. It was implemented two years later, and it's been amended several times to further strengthen the law. The DVA recognises all forms of domestic violence as seizable offences (crimes for which the perpetrator can be arrested without a warrant).

It guarantees protection for all victims of domestic violence and provides support such as the IPO, which is supposed to safeguard the victims during ongoing investigations. According to the law, if a protection order is breached, the abuser can be charged and punished with a fine or jail time, or both.

In practice, however, DVA enforcement is seriously lacking, according to social workers dealing with abuse victims on a daily basis. The victims rarely feel protected and IPO breaches often go unpunished. Abusers continue to inflict harm on the victims, and in Nurhidayah’s case, the failure of the authorities to do anything resulted in her death.

“Unfortunately, what we have on paper is not what we experience in practice a lot of the time,” says Melissa Mohd Akhir, advocacy officer with the Women’s Centre of Change (WCC) in Penang. Women’s rights groups have been lobbying for relevant authorities to set up a more streamlined response to domestic violence. They say effective implementation of the laws on violence against women requires a cohesive and collective response from the various agencies.

In Malaysia, multiple agencies are involved in dealing with domestic violence. Welfare workers (government and NGOs) are there to protect and counsel victims of abuse, police and law enforcement officers are charged with protecting them, as well as apprehending and prosecuting the perpetrators, and healthcare workers treat the physical, mental, emotional and psychological scars of the victims and their abusers.

At present, however, these agencies work largely in isolation, leaving gaps in the handling of domestic violence cases. To resolve this problem, the Women, Family and Community Development Ministry will roll out a “Working Together Document” in August, which will among other things outline the roles and protocols of the various agencies to ensure a more standardised implementation of the DVA.

“This document will act as a guideline to all agencies handling domestic violence cases. These include the Social Welfare Department, police, Health Ministry, courts, Islamic Development Department, the Attorney General’s Chambers, the Women’s Development Department, and the National Population and Family Development Board. The document will outline the cooperation between these agencies, types of assistance that should be provided to victims, and the roles of every agency involved in handling domestic violence cases,” explains the Ministry’s deputy secretary-general Datuk Harjeet Singh.

He's confident the document will address at least some of the issues that exist when responding to the needs of abuse victims.

Four months from now, the document is expected to be circulated to all the agencies for implementation, and the ministry will conduct training and briefing sessions to frontline officers to ensure their efficiency when dealing with domestic violence. For social workers and abuse victims, this is a positive development. “A working together document will help all the agencies and groups involved be clear about their roles, responsibilities and accountability towards the victim,” Dr Prema Devaraj, programme consultant for WCC, points out.

An integrated approach has been long in coming, says Sally Wangsawijaya, advocacy officer with the Women’s Aid Organisation (WAO). “We are happy that the ministry has made a commitment to launch the document. We have been working on this for a long time and hope that it will improve the practices on the ground with clear protocals for all agencies, which will ultimately help the victims of domestic abuse,” she says. 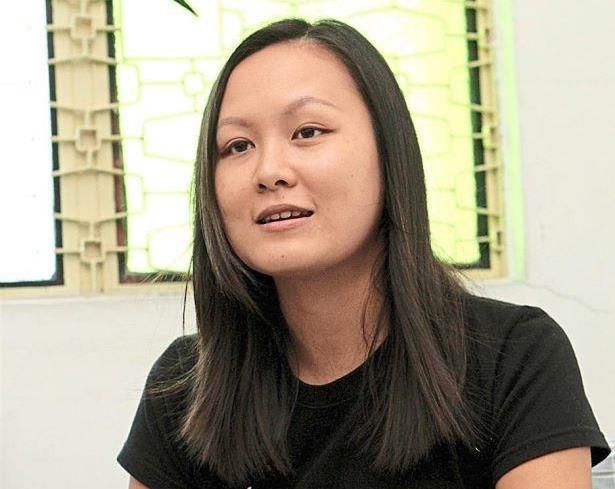 Discrepancies between domestic violence laws and its actual practice is rooted in the perception that domestic abuse is a private matter – not just by the public but by law enforcers as well. “The Domestic Violence Act recognises that violence at home isn’t a family matter but one of public concern. But in reality, domestic violence is still very much seen as a family matter. It isn’t regarded as a serious crime,” Melissa says.

Victims of domestic violence often face their first obstacle when attempting to report the abuse they've suffered. “The response from frontline officers – police officers who record the statement of the victims – are crucial because they are generally the first responders in domestic violence cases. However, when victims go to lodge a report, they are often treated with scepticism and are advised to ‘try and work things out’,” Melissa says.

She acknowledges there are some policemen taught to deal with domestic violence and they do as much as they can to help the victims. But the overall approach leaves much to be desired.

“Victims must be treated with sensitivity and without judgement. Frontline officers must understand the nature of domestic violence – that it often escalates in severity over time. They must also understand the psychology of victims of domestic violence – these are women who have been through serious trauma and are often vulnerable and conflicted. If officers are not sensitive, the victims end up feeling even more frustrated, unsupported, demoralised and unprotected,” Melissa says.

Following the law, victims of domestic violence have the right to protection and they must be informed of that right and assisted in obtaining them. Sadly, this vital piece of information that's supposed to empower abuse victims towards seeking justice isn’t widely disseminated.

“When a victim makes a report, the investigating officer should ask her if she needs protection or if she is safe at home. She should be asked if she needs an IPO and be assisted in obtaining one. If she is physically injured, she should be referred a hospital. Once the officer determines that the case warrants an investigation, there is a provision in the law which entitles the victim to get updates from the police on the progress of the investigation,” Melissa explains.

She stresses that filing a police report is crucial and the first step towards getting protection and justice for abuse victims. “Our approach is always to ensure that the victim is protected from harm. It is important for victims to lodge police reports and obtain IPOs as it is their right to be safe. These are safeguards that the violence is not repeated and the victim is safe from harm,” Melissa says.

Sadly, most abuse victims are poorly informed about their legal rights under the DVA. They also have little understanding of criminal investigation and prosecution procedures. “The process of filing a police report, giving a statement for the investigation, and being a witness in a criminal court trial can be frightening if a person is unsure about what to expect,” Melissa observes.

This lack of information, coupled with poor support of them, is adding to the growing number of cases that go unreported. It also explains why only a dismal number of cases inevitably go to court. According to police statistics, 42,449 cases of domestic violence were reported from 2000–2012. Only 3,600 perpetrators were charged in court and just 1,800 abusers were convicted.

To help victims of domestic violence better understand police and court processes, WCC recently published a guidebook, Surviving Court, A Guide to Understanding the Criminal Court Process. The book – available in English, Mandarin, and soon Bahasa Malaysia – is divided into two parts. The first details what's involved in making a police report and the steps leading up to a trial. The second half deals with the rights of abuse victims in the courtroom, as well as points to remember when providing testimony.

“Most victims and their family members have very little knowledge or understanding of the criminal investigation and trial process, leaving them feeling dis-empowered and anxious. Many are unfamiliar and intimidated with the court room setting, the court staff, the court process, and the specialised legal terms used. They are unaware of their rights in court and are ill prepared for court, especially when they have to face their assailant. As a result, the court process, which is meant to provide justice for victims, often turns out to be another painful experience,” Dr Devaraj explains.

> If you're a victim of domestic violence or you know someone who's being or has been abused, and you need help, or if you want a copy of the book '"Surviving Court", please contact WCC or Pusat Perkhidmatan Wanita. Call WCC at (04) 2280342 (email: wcc@wccpenang.org) or Pusat Perkhidmatan Wanita at (04) 3988340 (email: ppw@wccpenang.org). You can also call (03) 79563488 for support from the Woman’s Aid Organisation.