Are limestone hills and caves worth more intact or torn down? Their long-term recurrent benefits for eco-tourism, agriculture and landscape enhancement may be worth more than the one-off gains of quarrying them to make cement.

WOULD we tear down the Unesco World Heritage buildings of Penang and Malacca to build condos? Would we destroy the special rock formations that make up the Unesco Geopark of Langkawi for hotels?

Obviously, no. Now, what about the unique limestone hills and caves around Ipoh which have taken millions of years to form?

As we celebrate Merdeka, we may consider that perhaps patriotism goes deeper than waving flags or singing Negaraku at the cinema; perhaps it’s also about recognising, indeed celebrating, the precious heritage that we have.

Perak’s limestone hills may be proposed for a Kinta Valley Geopark similar to that of Langkawi’s. This will bring in long-term recurrent benefits for tourism, agriculture, landscaping and the environment, but there has been some resistance as others prefer the short-term one-off gains from quarrying the hills for limestone and cement. 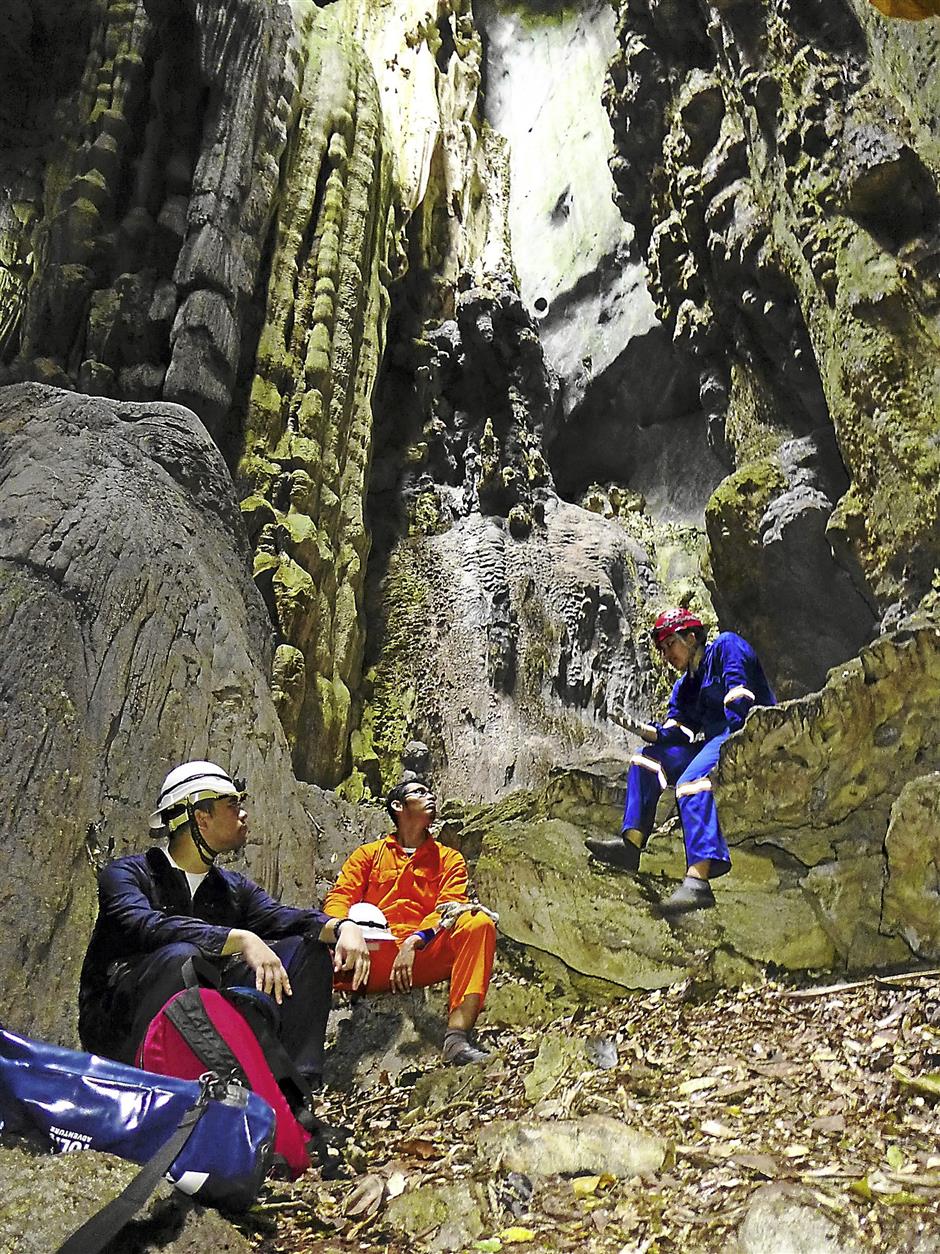 Gua Kanthan is a spectacular river cave, nicknamed ‘The Cathedral’, due to its large size. – ANDREW SIA/The Star

The majestic spectacle of the limestone hills around Ipoh are a highlight for those driving along the North-South Highway between Penang and Kuala Lumpur. But in the past few years, more and more hills have been cut down, marring this lovely vista.

Just what is the “landscape value” of these hills? Luxury resorts such as The Banjaran and theme parks like The Lost World of Tambun have already shown that these hills can boost property values. Would Ipoh’s global brandname value be greater as the City of Limestone Hills? Or as the City of Flattened Hills?

Then there is tourism money. Take the magnificent limestone hills of Guilin, China, which are estimated (in various websites) to attract about 30 million visitors and 20 billion Yuan (RM10.9bil) in revenue annually, while employing over 200,000 people.

Can Ipoh be another Guilin? According to Perak Mentri Besar Datuk Seri Dr Zambry Abd Kadir, the answer is yes.

In Oct 2012, he said in Ipoh: “We want to make the limestone hills here a tourist attraction. We have a similar geography to Guilin in China, a world-class Geopark recognised by Unesco.”

He added that the state would “be prudent” when approving permits to limestone quarries, and felt that the exposed limestone hills along the North-South Expressway were “an eyesore”. 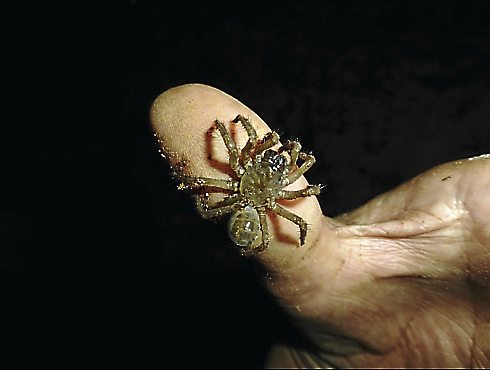 The unique trapdoor spider, Liphistius kanthan, which is named after the cave.

However, in June this year, the state government revealed that Perak “had the most number of quarries in the country (60)” and that Perak was “the biggest producer of cement in the country”. Royalties from tin-mining and quarry activities have increased ten times to RM54.1mil in 2012 (compared to RM5.6mil a year before) after the state adopted the new State Mineral Enactment.

However, the Perak Quarry Association president, Chong Sook Kian, has already protested that jobs and revenue would be lost if quarries in the Geopark area have to stop operations.

How do we balance between conserving limestone hills and quarrying them?

The intrinsic value of these limestone hills go far deeper than just being pretty landscapes for tourism. It might be said that without them, we may not even have... durians.n n

One hidden value of limestone hills are their caves. The latter become the home of bats, which are, in turn, the biggest pollinators of durian trees (as well as petai, langsat and rambutan). Hymeir Kamarudin, an expert on limestone hills and caves, says the Kinta Valley has about 70 limestone hills (though a few have been destroyed) and most of them will have one cave or more.

“Every night, certain bats will eat 50% of its body weight in insects. If there were no bats, we’d have lots of mozzies and other pests,” underlines Hymeir.

Each jagged outcrop is like a treasure island of biodiversity. Like one of the Galapagos islands, each limestone hill stands “isolated” amidst a “sea” of surrounding forest, and thus, many have evolved their own unique plant and animal life after millions of years. Hence, while Peninsular Malaysia’s limestone hills may cover only 0.3% of its land area, they have an astonishing 14% of its plant species!

Hymeir, who was former president of the Malaysian Karst Society (2006-2010; karst refers to limestone landscapes), says the hills have an unprecedented number of endemic species (found nowhere else in the world).

“For instance, 50% to 75% of land snail species in Malaysia can be found only at these limestone hills. Researchers have only begun to find a huge wealth of plant, animal, fungi varieties which are unique to these hills,” says Hymeir.

I got to see the wonders of these places first-hand during a spelunking trip in Perak with the Malaysian Nature Society’s cave group recently. At Gua Kanthan (near Chemor, north of Ipoh) and Gua Kelawar (near Sungai Siput Utara), we got to see wondrous caverns and amazing rock formations while getting an adrenaline high from crawling through underground rivers and narrow passageways.

However, it was disappointing to learn that Lafarge cement, which has a lease to the land at Gua Kanthan, may grind down its magnificent chambers for the raw material.

The locals in the area – people from two (Chinese and Hindu) temples, farmers and fish-pond operators – were told early this year that blasting would start on June 1, and that they should get out. But that seems to be on hold – for now.

After an online portal highlighted the Gua Kanthan issue in July, Lafarge responded with this statement:

“In line with the plant’s environmental management systems, a number of studies, including biodiversity and cultural impact, are being undertaken before exploration of these areas ... they will be completed before the end of the year.”

Veteran caver Liz Price says Gua Kanthan is a spectacular river cave, nicknamed “The Cathedral”, due to its large size. It is also home to a unique trapdoor spider, Liphistius kanthan, which is named after the cave, and it’s found nowhere else in the world. It’s classified as “critically endangered” internationally and is also included on the Malaysian Wildlife Conservation Act (2012) as a “protected species”. In other words, it is legally protected under the law.

Biodiversity is not just a “greenie” issue.

“So many more species have not been discovered, we’ve just seen the tip of the iceberg,” says Hymeir.

“We may find the cure for cancer one day living in our limestone hills and caves.”

> Perak may one day have a Unesco Geopark like Langkawi.

> Caves have bats which are crucial for pollinating durians, petai, langsat and rambutan.

> Limestone hills and caves are a natural heritage that have taken millions of years to form.

> 80% of limestone deposits are actually found below the surface. Underground quarrying preserves hills and caves while still providing limestone for cement. A win-win solution.