A growing community of permaculturists believe employing permaculture design in all aspects of our lives can help heal the world.

IN his documentary Waterwalker, renowned Canadian filmmaker, environmentalist, canoeist and writer Bill Mason paid tribute to aboriginal tribes who lived in harmony with nature using natural resources without destroying any part of them. They did this effortlessly for hundreds of years.

“When the first white man arrived in North America, he looked out over the land and called it ‘a pristine, untouched wilderness.’ That’s got to be the greatest compliment that anybody could pay to Native people, who have lived here for thousands of years,” extolled Mason who passed away in 1988.

Like Mason, many other environmentalists are drawing inspiration from the aboriginal ethics to the land, realising that back then, sustainable living wasn’t something to aspire to ­– it was just the natural way to live. In an attempt to follow the example of these indigenous people and cultivate a sustainable culture, Australian ecologists Bill Mollison and David Holmgren developed the concept of permaculture or “permanent agriculture + permanent culture” in the 1970s.

To put it simply, permaculture is a system to design human settlements and agricultural systems to mimic those in natural ecologies. Permaculture teaches a set of design principles which can be applied by anyone who wants to design their environment, be it a garden or a home, so that it becomes self-sufficient.

Permaculture enthusiasts believe that if you design your garden/farm to mimic a forest, for example, you will save yourself a lot of work and at the same time save energy and eliminate waste. A simple explanation can be got at tropicalpermaculture.com:

“Think about it, nobody digs and sows, plants and weeds, or sprays bugs in a forest. Still, all those chores are taken care of somehow. The forest grows and feeds its inhabitants, doesn’t it? If any task in your garden is an unpleasant chore then there is definitely a better way to do it or to eliminate it. Learn from nature. Nature has developed a solution to every problem that you could possibly encounter in your garden. Nature is also the ultimate recycler. ... there is no such thing as ‘waste’. And most importantly, it’s sustainable. It’s something that works in the long run, not something that is based on inputs that will eventually run out, not something that creates waste and problems that will eventually upset the system.”

The byproduct of this self sufficiency is a reduction of society’s reliance on industrial systems of production and distribution which, says Mollinson in an interview found on context.org, is destroying Earth’s ecosystems in some way or other.

Permaculture is a step beyond organic farming in that it doesn’t stop at designing gardens. It goes a step further to talk about designing settlements and shows you how to, for example, re-use your household wastewater (grey water) for garden watering purposes. It’s a more holistic approach to farming.

A permaculture community is expanding worldwide. Though very much a grassroots movement, the community supports itself through training programmes and has Internet forums to discuss the creation of a sustainable environment.

Sabina Arokiam was inspired to promote a permaculture movement in Malaysia after attending a permaculture design course in the United States two years ago. She is slowly but resolutely building a sustainable garden on 0.8ha of land in Batu Arang, Selangor, a place she calls Embun Pagi.

“Permaculture is about creating sustainable human habitats by following nature’s patterns. You use the diversity, stability and resilience of natural ecosystems to provide a framework for people to develop their own sustainable solutions. It is built on the philosophy of co-operation with nature for the simple purpose of caring for the earth and its people,” says Sabina.

Permaculture, she stresses, is not just a fad. “The principles of permaculture are actually based on traditional agriculture and indigenous knowhow. It’s not something from the West that’s being forced onto us. It’s what traditional agrarian societies in China and India used to practise.”

Christian Shearer, founder of the Panya Project (a permaculture and natural building education centre in Panya, Thailand) feels people should be made to understand the different patterns in nature and learn how they can help us all function.

“That is an important part of permaculture ... mimicking nature, learning from nature,” says Shearer who was recently at Embun Pagi to conduct a two-week permaculture design course for a group of 16.

A natural builder, forest food enthusiast, musician and certified educator, Shearer has extensive knowledge of tropical permaculture systems and has taught the subject in Thailand, Taiwan, the United States and now, Malaysia.

“The course starts with an introduction to permaculture as well as the ethics and the principles behind it. This is what differentiates permaculture from other technologies. We cover agriculture, architecture, agronomy, economics, communication ... the science behind all of these subjects and how they inter-relate with each other. And then we work out how they interact within the framework of the ethics of permaculture,” explains Shearer who has over five years of permaculture experience.

He estimated that over a million people worldwide have gone through the permaculture design course and over 5,000 projects in over 150 countries are said to use the principles and ethics of permaculture in their design.

In the field of agriculture (where permaculture is presently the most dominant), permaculture design will yield better results.

“With industrial agriculture, plants are force-fed so that they grow big, fast. But they are actually bloated and aren’t thriving and have so much less nutrition than produce that is grown following the principles of permaculture. And then there are all the other side-effects from the force feeding and other methods used.

“If we grew carrots here (at Embun Pagi), they would be smaller than your farmed carrots but the amount of nutrition in them would be much, much more,” says Shearer.

He points out that there are many large-scale farms around the world that are run according to permaculture principles, such as a huge tomato farm in Africa and some large cattle farms in the United States. He adds that an increasing number of small farms are adopting the permaculture way as oposed to organic farming. Still, he concedes that seeing a substantial yield from a permaculture farm takes time as the land needs to be cultivated.

“It takes three years for a farm to be completely compliant to permaculture principles. The soil, for example, needs to be completely free of chemicals and this transition will take a few years. But you can start with a small patch of land first and then extend it. You will get multiple benefits because as the small patch transitions, the rest of your garden, land and plants will start benefiting too,” says Shearer with conviction.

Starting small is precisely what Sabina intends to do.

“I hope to travel and learn more. My dream would be to open an eco village. When I was doing my course in the US I lived in an eco village in the Lost Valley. It was run as a community and everything is decided through consensus. I hope that by the end of the year I will be able to live off the land here at Embun Pagi and start to earn some revenue. Last year, there was no revenue at all. But the soil is almost ready,” she says, optimistic about her future.

For course participant Sinma Dashow, the two-week programme was an eye-opening experience. He got introduced to permaculture via a CNN documentary.

“I am in the food business and was becoming more aware about how food plays a large part in our well-being, and I wanted to learn more. I will definitely practise the principles I have learnt in my life and business. There is now a connection between me and nature,” says Sinma.

Related Story: Child of the land 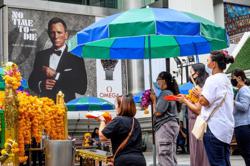 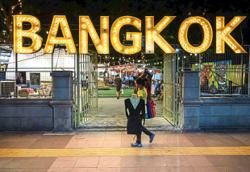 Thailand: More foreigners to be allowed into country as 22 more imported cases are confirmed