Stages of a relationship 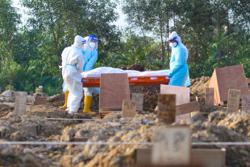 WITH reference to your article on polyamory: I am assuming that a person goes into a serious relationship based on love because they are looking for something stable and secure rather than fleeting first dates and one-night rendezvous.

In this stress-inducing world today, we would want to return home to a comfortable, safe cocoon and enjoy the company of our loved ones (whether they be spouse/kids/pets). Many would call this a happy life. Given this definition of a happy life, neither monogamy nor polyamory/polygamy/polygyny can ensure that we achieve it.

Yes, people have traditionally tried monogamy and it works a lot of the time; it also fails quite a lot. When marriages fail, do we put the blame on the system, on monogamy? Or should we look within ourselves and learn the reasons for the failure and find ways to address it?

People divorce for many reasons: many due to over-expectation, unwillingness to compromise, the need to always be right and to dominate or just plain taking each other for granted. If these same people try polyamory, the same problems will arise! Marriage breaks down due to people, not structure.

So, be The Man in the Mirror, as the late Michael Jackson advises. When a car breaks down, don’t blame the car, blame the driver. Did the driver send the car for regular servicing? Did he regularly top up the water in the radiator? In relationships, the work never ends. It does not stop when you get married or move in together.

Relationships have to be nurtured and have an open (ironically!), non-judgmental environment for discussions and decisions and compromises.

Bruce Tuckman, an educational psychologist, introduced the stages of group development, which I believe applies not only to working relationships but also emotional relationships. A group is any cluster of more than one person.

The stages are Forming, Storming, Norming, Performing and Adjourning. Applied to relationships, I think this is how it goes:

Forming: The first date, when you want to make a good impression, when both of you are on Cloud Nine, when you’re still finding out more about each other’s characters, compatibility. No conflict.

Storming: The shaky first week/month/year when couples start realising the other half’s quirks and weaknesses, and when emotional baggage from previous relationships surface.

Norming: Going steady/settling down/engagement/marriage, when couples begin to understand and support each other and develop a willingness to commit to each other.

Performing: Starting a family, when values like loyalty, fidelity and trust develop to build a safe and happy home.

Adjourning: Kids grow up and move away, leaving the couple together. The negative aspect here would be spouses drifting apart, separating, getting a divorce.

But if you know this is part of a cycle for groups, the stakeholders (ie, the couple) should be vigilant that the negative part of the last phase does not occur.

How? By constantly trying to relive the forming stage, reconnecting and remembering why you came together to form an emotional “group”, a family.

And in the storming stage, one should not take for granted the other half’s needs and insecurities. Do not sweep problems under the carpet so that when the stages in the cycle are repeated, they do not re-appear to disrupt the cycle.

One of the basic human needs as laid out in the famous Maslow’s Hierarchy of (psychological) Needs is the need to feel safe not only physically but emotionally. I can see how it would very difficult to feel secure in a polyamorous relationship (even with two or more lovers), as anyone may leave to seek “love” with someone else in an open relationship.

Here’s a case of a girl who believed in supportive love: When her boyfriend had to work overseas for a year, she sadly agreed that they should explore relationships with others.

The BF, thinking that his GF was a sport and perfectly fine with the arrangement, began discussing his “overseas lovers” with her. She couldn’t object as she had given her consent as a dutiful GF. Even if she had kicked up a fuss, he would still have done it, but not tell her and she would be suspecting always. It was heartbreaking. Payback came when she started taking swimming lessons and he became jealous of her swimming coach (even though their relationship was purely professional)!

There may be evidence that this polyamory concept is thriving in many countries but how long do people stay in a polyamorous arrangement? If it’s until the next fancy skirt comes along, then it is no different from monogamy except for the obvious.

Whether a love relationship is successful depends on the people in the equation. Effort, time, consideration, ethics, empathy, trust, commitment all come into play to achieve a balanced, happy, fulfilling life with the partner of your choice.