Chithra Bany recalled the first time she stepped into Pusat Jagaan Nania in Penang seven years ago. “I fell in love with the place at first sight; it was cosy and exuded warmth,” says Bany who was attending a job interview at the preschool/kindergarten (previously known as Taska Nania).

The school looks more like someone’s quaint cottage – trellises of morning glories and rainbow-coloured flowerbeds adorn the trimmed garden. Inside, the walls are painted in muted hues and windows lined with pastel-coloured curtains. Soft drapes festoon a play corner lined with wooden blocks, toys, hand-stitched dolls and stuffed animals. Everything is made of natural material and there is no plastic toy in sight.

A new mother to a four-month-old boy, Bany was unaware that Nania is a Waldorf preschool, one of hundreds scattered around the world.

Founded in 1919 in Germany, Waldorf school subscribes to Austrian philosopher/educator Rudolf Steiner’s beliefs that children should experience the world through their hands, hearts and bodies, not just their minds.

Also known as Steiner education, the approach works on the premise that children’s natural creativity and vast imagination can be nurtured through nature, art, storytelling, movement, music and drama. Waldorf educators believe that children, from the ages of zero to seven, are naturally active. Rather than verbal or direct instructions, children are taught using imitation and examples.

Deliberate, early stimulation of the child’s intellectual capacities is a big no-no. Instead of doing math drills or reciting ABCs, Waldorf preschoolers are more likely to be knitting, baking bread or learning to count and read through storytelling and games.

To date, there is an estimated 1,027 Waldorf preschools, primary and high schools in 65 countries, according to Friends of Waldorf Education (Freunde der Erziehungskunst Rudolf Steiners e.V.), a nongovernmental organisation that advises and supports Waldorf initiatives worldwide. Depending on countries, some schools are private, independent entities while others are public (government-funded) and Waldorf-based homeschools.

A Waldorf-certified educator has to undergo at least two years of fulltime training at recognised Waldorf teacher training centres located at various parts of the world.

Waldorf purists advocate the absence of academic instructions in kindergartens. In fact, in most Waldorf schools, reading is not taught until second (Year Two) or third grade although letters are introduced in first grade. Parents are also encouraged to limit their kids’ exposure to TV, computer and videogames.

The majority of Waldorf students continue their tertiary education in mainstream higher learning institutions. Ninety-four per cent of students graduating from Waldorf high schools in the United States between 1994 and 2004 enrolled in universities, with many heading to prestigious schools, according to statistics from the Association of Waldorf Schools of North America.

Opened in 1997, Nania was the brainchild of Junko Suzumoto of Japan and her Malaysian husband, Ong Kung Wai. When it first opened, it catered to Japanese expatriate kids. However, in 2002, Nania started accepting local and other expatriate kids.

“The root is the foundation for the tree – the slower it grows, the stronger the tree becomes. Children, between the ages of zero and seven, are the ‘roots,’ ” says Suzumoto, a Waldorf-certified instructor with 15 years’ experience.

“Fundamentally, Waldorf is about the development of the whole child and preparing them for the journey forward,” explains the pioneer of Waldorf education in Malaysia. “We are building the children’s strong foundation for life, through play, artistic activities, rhythm and natural toys.”

Typical daily activities at a Waldorf preschool include circle time, outdoor and indoor play, artistic activities, snack time, story time and lunchtime. Kids get to paint, draw, bake, garden and help out the daily chores like setting the table for meals or sweeping the yard.

Throughout the year, the teachers and kids celebrate various local festivals like Hari Raya and the lantern festival with songs, games and activities.

“There is a time for everything – time to sleep, time for play, storytelling or time to celebrate the arrival of Spring, for example,” says Ching Chee Fong, a Waldorf-certified teacher at Hilltop House. “Rhythm is important because when kids know what to expect, it provides them a sense of security and comfort.”

“At home, it’s equally important for a family to stick to the rhythm like setting fixed sleep, meal and play times,” she adds.

The importance of play

Play is a vital component of the Waldorf early childhood programme. Whether it’s outdoor or indoor play and the choice of “toys,” the basis is that play engages children emotionally, mentally and actively.

“Through play, kids improve on their gross and fine motor skills, social and problem-solving skills and

When the children are outdoors, nature provides the toys. When I dropped in at Kelip-Kelip during outdoor play, I saw kids climbing the tree, wielding the tree branches as “swords,” raking leaves and shaping mud “cakes.”

During indoor play, natural “toys” like small pieces of log, pebbles and seashells fire up the children’s imagination. I observed how a five-year-old boy used the same piece of curved wood as a truck, a bridge and a mobile phone. Simpler toys allow for more wideranging, creative experiences.

“A good toy is 90% child and only 10% toy,” says Susan Linn, a psychologist at Harvard Medical School and author of The Case For Make-Believe: Saving Play In A Commercialized World, in an interview with US-based Redbook magazine.

At Waldorf schools, teachers and adults are strong role models for the children. Meaningful and purposeful work done in the presence of kids, like baking or sweeping the floor, provides them with actions to imitate. Children not only imitate the work but the inner mood of concentration and the love that adults bring to their work, and they translate it into play, according to authors Christopher Clouder and Martyn Rawson in Waldorf Education (Floris Books; 2003).

“To ensure I’m a good role model, I must also be aware of how I speak, act and react in a calm and gentle manner,” explains Ching.

“One day I raised my voice and said to a child, ‘Stop it!’ Then the other children followed suit, pointed to the child and repeated what I said. I immediately knew I had set a bad example.”

In today’s dog-eat-dog world, most parents would baulk at the thought of their kids not being able to read by the age of six or seven. Unlike their Waldorf counterparts overseas, the Waldorf kindergartens here do incorporate literacy and numeracy lessons for the five- and six-year-olds, albeit in a creative way.

“Five- and six-year-olds go through a 45-minute literature class a day in Kelip-Kelip where they do the alphabet, maths and language,” says Koh Wan Yee of Kelip-Kelip.

Koh and her husband Lim Da Vid started the school in 2008. A former engineer, Lim did an advanced diploma in Waldorf education in Australia.

“We tell stories and teach through images rather than books and words; for example, the kids count rubber seeds or raisins to learn about numbers.”

However, Koh warns that some kids may need time to adjust to the transition from Waldorf kindergarten to Year One in a mainstream school.

“For the first six months, your child may not do too well but be patient, encourage his interest to learn and let him catch up at his own pace,” Koh advises.

The schools engage kids’ parents through study groups or face-to-face meetings. Each child’s progress - from gross and fine motor skills, articulation and social skills to intellectual development – is tracked through individual portfolios given to parents at the end of each term.

What parents are saying

Bany got the job at Nania and over the years, what she saw at Nania convinced her to enrol her son, and later her daughter, at the preschool/kindergarten.

“It was the happy glow on the face of every child that comes to Nania daily and how the place reminded me of my carefree childhood kampung lifestyle,” says Bany, 37.

“Nania’s environment, the free play and repetitive artistic activities have all contributed to my son Jeetran’s character-building. Today, he is a kind, independent and confident eight-year-old.”

Jeetran’s transition from a play-oriented kindergarten to a national-type (Tamil) school was effortless.

“He is very eager to learn new things, focuses well and he doesn’t give up easily whenever he has problems,” says Bany whose four-year-old daughter Baveena is still enrolled at Nania. “To our pleasant surprise, he has gotten straight A's in Year One and Year Two.”

“At his school’s English competition, he confidently recited poems he had learnt at Nania,” Bany adds.

“He’s always folding paper origami for his classmates. His teachers and friends are amazed by his creativity.”

The father of six-year-old Zhi Shuen, who attended Kelip-Kelip, isn’t too concerned that his daughter can’t read yet although she has learned the alphabet.

“I know she will pick up reading and writing in no time,” says Kwee Siew Kong of the Klang Valley who was a high school tutor for eight years. “From my teaching experience, I found that children pick up things really fast as long as they’re developmentally ready and have a strong desire to learn.

“What attracted me to Waldorf is that it is a child-centred education that fulfils the child’s physical, mental, spiritual and social needs, and not parents or society’s,” says Kwee, 39, who first heard about Waldorf education when he was a university student.

“My three siblings and I never went to kindergarten, we learned to read at the age of seven and yet, we’re all university graduates.”

However, enrolling in the “right” school is only half the story.

“Parents play a very important role in their children’s development,” says Audrey Loh, 48, a mother to two teenagers. Loh’s elder son attended a Waldorf playgroup whilst her younger boy was a Nania student. “Do not think that by sending them to a Waldorf school, they will turn out great. You need to put in the time and effort, and interact and bond with your children.”

Penangite Loh was a manager of a multinational company before she quit her job to become a homemaker when her first son was 18 months old.

“Both my boys are well-rounded, creative and think out of the box,” says the proud mother whose boys, now 16 and 14, are students at Chung Ling High School, a top school in Penang.

“Until today, they still reminisce about their wonderful childhoods at Nania and the Waldorf playgroup.”

But more than half the parents who enrolled their kids at Waldorf schools in Malaysia did so not because of Waldorf.

“These parents just want their children to have a happy childhood and a less stressful schooling experience,” says Ching. “Some parents also like the organic, vegetarian meals we serve.”

Parents would always ask Suzumoto what “Waldorf education” is.

“I believe if you understand child development, the answer will come from within you. You will provide a nurturing environment appropriate to the child’s developmental stages,” she sums up. “I would prefer students come to our school because of our reputation and not because it’s a Waldorf school.”

“Parents do not have to have faith in Waldorf, but to trust us, the educators,” Ching quips. “It’s more important they see the beauty of Waldorf education from their children and ask these questions: Is my child happy and healthy? Are his abilities and skills developing well? Is he more polite, loving and caring? Does he love his teachers and do they love him?”

Related story:
Give play a chance 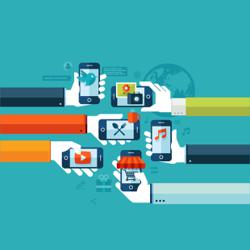 Technology matters, but how real are our virtual lives at work and play? 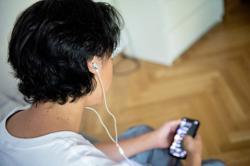 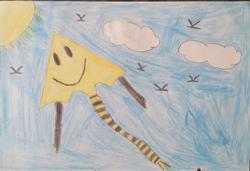