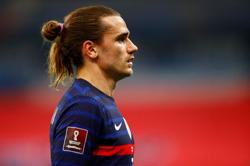 An overachiever might be one way to describe her. A great multitasking mother would be another.

Writer, actress, acting coach and Akademi Fantasia trainer Fatimah Abu Bakar is constantly busy. If she's not working, she's at a meeting or handling a project or chauffeuring her children.

She has four daughters – Aleya, 26, Amani, 23, Aleysha, 16, and Aryana, 14. Amani is the star of Sepet, the widely-acclaimed movie directed by the late Yasmin Ahmad. Amani, Aleya and Aryana were all in Mukhsin. Amani and Aleysha were in Muallaf. Both those movies were also directed by Yasmin.

While Amani is working full-time in the film industry, Aleya is now a radio announcer with Hot FM. The younger girls are still in school.

Although the girls were never pushed into acting, they were always exposed to dance, theatre and film so it is hardly surprising that they naturally stepped into the world of film.

Fatimah was formerly attached to the New Straits Times (NST) as a journalist. Five years ago, she and some colleagues/friends left the newspaper and set up a company called Salt Media Consultancy which does training and motivational courses.

Today, Fatimah's schedule is packed. You realise how chaotic her schedule is when her SMS replies to queries come at all hours including 3am!

“When you're a mother, you're not just a mother; you're a mother, coolie, driver, PA (personal assistant), even gangster – because sometimes you have to fight their battles for them, and then they scold you 'Ma, don't fight my battles for me'. (You) have to be a superwoman without the superpowers!” she says.

I ask her how she copes, what is her secret formula or what supplements she is taking to help her become “superwoman”.

“I really don't have a formula for how I cope, but I'm lucky that I have a maid. It's definitely not a one-woman show. Earlier on, I had my mum to help me; I also had my late mother-in-law to help me. I have been very, very lucky.

“Right now, after 26 years of working as a journalist, I'm on my own with friends who are now my partners. We have our own consultancy firm. They have allowed me the flexibility to not have to go in every day. I go in when there are projects or directors' meetings. That's why email is so important for me. The phone and the Internet have helped so much. That's how I am able to do both – be a mother and grandmother as well as work,” she says.

Fatimah admits to juggling everything – career, projects, children and grandchildren. She's been juggling for as long as she can remember.

"Even when I was with NST, it was not just about putting the paper out. It was also about organising writers' workshops for teenagers; organising dinners for the Mothers of the Year awards. It was never just one thing. It was not like we went out looking for (these extra tasks). Those jobs came to us. Of course we didn't say no and we enjoyed it and we roped in our children to perform sometimes. Because mummy said so, everybody went and did it, but we enjoyed doing it.

"Even when we had the writers workshop retreat in Port Dickson, we would bring the children along so it was work and at the same time a family outing. We managed to do that. We found time. I think it was also very important that my boss at that time was Rose Ismail, a woman, and our key members were women, so we tried to slip in the element of family. We didn't feel so guilty because we could bring our families along when we had to work on the weekends,” she adds, smiling.

As she's talking, her eldest daughter Sharifah Aleya walks in with her three-month-old twins. From the way she talks to the twins and responds to them, you can tell Fatimah (or Fati as her friends call her) positively dotes on the twins and embraces her new role as grandmother.

How is she enjoying her new role as grandmother?

"I find it like deja vu – like I've been there and done that. Like when I burp the babies and I remember burping my own children. When I look at the twins they remind me so much of their mum when she was much younger and at certain times they remind me of their aunties when their aunties were their age. So, it's like … am I grandma or mum again? It's like having a flashback. Seronok! It's lovely.”

The reality of being a grandmother is still just sinking in at this point as Fatimah realises the babies have come from one of her own “babies”.

But, she adds, it's wonderful.

Her girls, she says, are a blessing.

“Half the time I also want to kill them but yeah, they're my best friends, my darlings …. We have lots of fun. They give me a lot of stress too, but which mother doesn't have stress?

“I do worry a lot about them because they're girls especially lately with what's happening now. The world has never been too friendly or accommodating for women anywhere in the world but especially so being a Malay Muslim woman in this country. Everywhere else too it's not easy but lately it's more difficult.

"My daughters, likewise and many of my friends face the same situation whereby we don't particularly fit into the typical Malay Muslim woman role. But it doesn't mean that we're odd. Maybe the other people are odd ….

"Never mind, as long as we don't hurt others, we just mind our own business. Basically, that's what I tell my children.”

No topic is off limits

Their home is a place for open discussions as the girls have always been encouraged to talk to Fatimah about almost anything.

In retrospect, Fatimah wonders if she did the right thing encouraging her children to be vocal.

“Sometimes when they're too opinionated then I say 'Eh! How come you're talking back?' and they say, 'But you raised us to be outspoken-lah, Ma. You cannot suddenly decide okay I don't want them to talk too much on this issue.'

"We are very open. I'd like to think that they can come to me with a lot of things. The kinds of things we talk about, apparently they say their friends cannot talk to their parents about. Initially when they told me I was a bit surprised because I thought that everybody did the same thing as me.

Allowing her children to be open and discuss things with her does not mean that Fatimah does not run a tight ship. She admits to being relaxed about certain things, yet extremely particular about other things.

"The things that I'm very particular about if they don't fulfil that, then I hit the roof and get gila (crazy).

"For example, I don't force them to go for tuition from morning till night but the times that I decide okay these are the things that they need help with, then they must go.

"Sometimes, they say they have cheerleading practice and the tuition is not a priority. Then I get gila a bit-lah. There are also certain rules that I am stern about like keeping their room tidy with nothing on the floor.

"I think I need to find a role model mum to tell me what to do when you lay down the rules and they don't keep to the rules because I often end up cleaning and shouting. Sometimes they tidy up; sometimes they humour me and tidy up but most of the time the things are still on the floor! When I go ballistic and hit the roof then they will tidy up.

"I think my parenting skills are a little unorthodox. I mean, we don't really have a guide book and by nature I also don't rely too much on self-help books. So I don't know if I've done well, or right or wrong. I do try to follow what my mother did but then I realise after having been told by my children so many times that things change and you can't do things the same way.”

Her advice to other mums?

“Don't bite off too much. I go through moments where I think I'm such a failure when I compare myself to other women, to other mothers who have children whom I think I want my kids to be like.

“You set certain goals for yourself and don't compare yourself to other people. If you want to compare and feel good you must compare yourself to mothers who are not so fortunate. My advice is be the best you can. It helps to look around, have role models, take a cue from various other people. Why not? It doesn't hurt to learn from others. But I think the most important thing is as long as you know where your heart is for the kids.

“It's okay that we're not neuro surgeons or astro physicians. We're doing pretty okay in what we're doing.

“You can't live other people's lives and you can't fill other people's shoes. The thing is, you have your own shoes to fill so just do that. If you worry too much also you'll end up being such a wreck. Things are so stressful as it is. The guilt pangs will be there, they still are, if you spend a little too much time on work. I think every mother grapples with that. There is no formula and no one formula works for every mum. You just have to adjust and find your own formula.

“It is never a one-woman show. Mothers mustn't think it's a one-woman job. They have to ask for help. And talk to the children – it's so important to do that. Give your children more credit. There are parents who expect it to be one way – I talk, you listen. But it doesn't work like that anymore. If you continue down that path definitely you will find at the end of it confrontation, a lot of heartache and harsh words.

“My advice is also don't be so rigid. There must be a lot of flexibility because that's how it is. If you think your children are bad, speak to other parents and you'll find out that's how it is now – from language to the clothes they wear, their activities. You can't control them.

“Overall I'm quite happy. I would rather have my children come and talk to me openly than for me to find out from other people that they're doing certain things which is what my friends have to deal with with their children. In that sense I think that maybe I'm doing something right. At least my children talk to me.

“I have been lucky to have people like (the late) Yasmin (Ahmad) to help in moulding the characters of my children. I consider my children very lucky. They have their parents, their grandparents and they have people, apart from their blood relations, whom I've been lucky to work with like Suhaimi Baba, people who've also become their role models and their father and mother figures. No parent can do it on their own. You're on a suicidal track if you think you're going to do it alone and that's the only way to do it.” 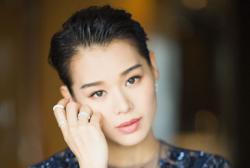 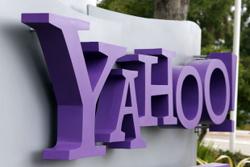