(From left) Chillotti, mayor of Perdasdefogu, Stori and Mura. Stori is the village's youngest 100-year-old and celebrated her birthday on Aug 16, 2022. Photo: Salvatore Mura/private/dpa

Perdasdefogu looks like any other Sardinian village with a pre-Romanesque church, central square and charming little shops.

It has all you need, but otherwise seems pretty unremarkable, until you realise it is home to more centenarians than anywhere else in the world.

Though Perdasdefogu boasts a place in the Guinness World Records, the access road does not indicate a claim to fame for the village of 1,780 inhabitants.

You reach it via a narrow, winding road that snakes up through rugged mountains on the Italian island. Only then, at the entrance, is there a plaque noting its record-breaking status.

Then there's the name of one of the squares, Piazza Longevita, meaning "long life".

That is all thanks to the older people living in the village and the community is proud of them. There are black and white photos of the 100-year-olds mounted on the houses along the main road, stating their names and the year they were born. Take Vittorio Lai, born Feb 12, 1922, for example. His picture shows a man with a cheeky smile, wearing a chequered cap and winter jacket, a white shirt and a bow tie.

It is thanks to Lai, as one of nine people over the age of 100 living in Perdasdefogu, that the town has the highest rate of centenarians worldwide, as certified by Guinness World Records.

Lai has been married for 78 years, which may well say something about his character and that of his wife, says a reporter from Rai television station.

"Well, sometimes she says I'm a bit cheeky," Lai said recently. "I say one time I'm cheeky, another time you are, so we balance each other out."

Perdasdefogu's youngest centenarian is Annunziata Stori, who marked her triple-digit birthday on Aug 16 and was personally congratulated by Mayor Bruno Chillotti.

She says she feels "healthy as a fish". Lively and cheerful, Stori doesn't take any medicine and makes her minestrone soup with home-made fregula, a Sardinian pasta.

There is an image of her and film director Pietro Mereu, standing in front of large bowls of tomatoes, an aubergine and peppers. Mereu made a documentary called The Centenarians Club in 2017 and published the image on Facebook. A plaque at the entrance to Perdasdefogu notes the place's record-breaking status. Photo: Johannes Neudecker/dpa

Is food the secret to the long lives of the locals? Mereu says that the people in eastern Sardinia had very hard lives but were still a lot less stressed than people nowadays. They follow the rhythms of nature, he says, rather than constantly worrying about their mobile phones and emails.

Antonio Brundu confirms that agriculture was always the main business here. He is the village's oldest resident.

"People have always worked in the fresh air," he told Rai. Aged 104, his skin is still taut and lightly tanned, and only his missing front teeth indicate his age.

Salvatore Mura, historian and a local councillor in Perdasdefogu, says several factors explain the villagers' longevity. One is genetics. Also, locals eat food that grows "zero metres away", namely in their gardens, he says.

"Right up until the last day of their lives, they are surrounded by family," says Mura. That, too, keeps them physically and mentally fit and healthy.The village celebrates each person's 100th birthday. No more are planned this year, says Mura, but maybe next year.

You don't see so many centenarians out and about any more, according to Massimo, a waiter at the cafe in the central Piazza Europa as he serves the guests.

During the summer, it is usually too hot. Also, not all are well. One woman struggles to speak and lives in a nursing home, he says.

Massimo's wife is the niece of someone who lived to be well over 100 years old, however.

His explanation for the long lifespans of the people of Perdasdefogu?

"It's simply thanks to the Sardinian way of life," Massimo says. After all, no one takes drugs, they eat healthy food and have simple, quiet lives.Scientists are also seeking to understand Sardinians' longevity. A project involving the island's Sassari University plans to sequence 13,000 DNA samples from the people of the province of Ogliastra, ANSA news agency reported.

"We hope to show that people live well in Sardinia, also as a way to market our country," says university vice chancellor Gavino Mariotti. – dpa 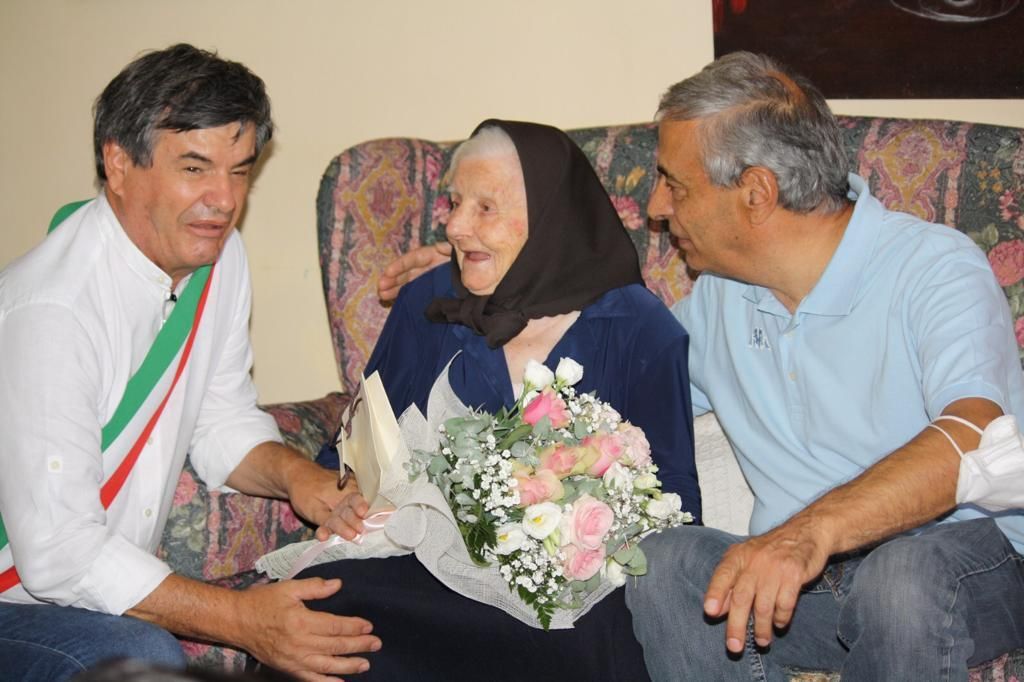 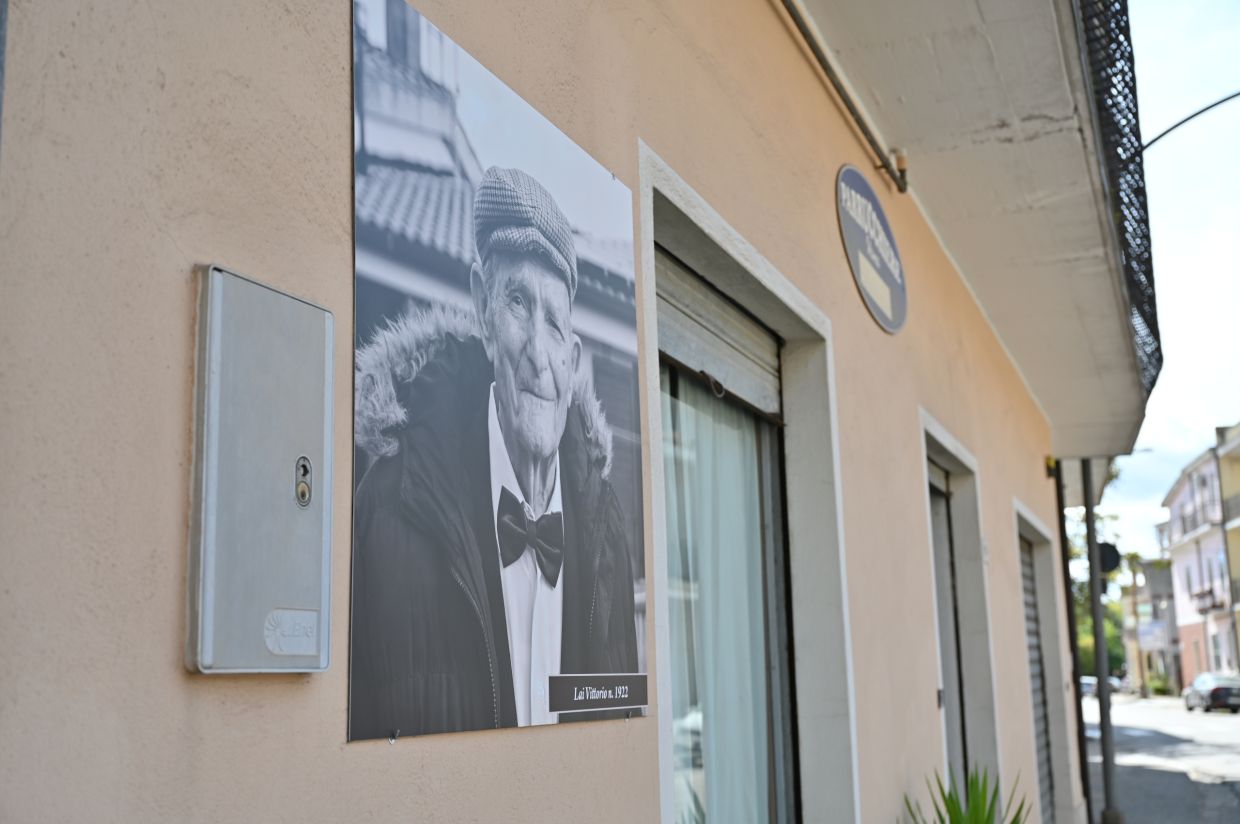 (From left) Chillotti, mayor of Perdasdefogu, Stori and Mura. Stori is the village's youngest 100-year-old and celebrated her birthday on Aug 16, 2022. Photo: Salvatore Mura/private/dpa

A plaque at the entrance to Perdasdefogu notes the place's record-breaking status. Photo: Johannes Neudecker/dpa

Italian village with the most 100year-olds

A photo of Lai, one of nine people over the age of 100 living in Perdasdefogu. Photo: Johannes Neudecker/dpa

Italian village with the most 100year-olds

Photographs celebrate the people who turn 100 in the south-eastern Sardinian village of Perdasdefogu. Photo: Johannes Neudecker/dpa