If we were to eliminate the gender wage gap for women in the US today, they would have an entire additional year of child care paid for; a year of tuition and fees at a four-year, public university paid for; more than nine months of rent, seven months of health insurance, and a year's worth of food paid for; and the ability to pay off their student loan debt in four years. Photo: 123rf.com

As costs for housing, food, fuel and other basic necessities continue to rise, women continue to bear an inequitable financial burden. The World Economic Forum released its Global Gender Gap report for 2022 in July, noting that the effects of the pandemic and global conflict have slowed progress when it comes to gender parity.

"The cost-of-living crisis is impacting women disproportionately after the shock of labour market losses during the pandemic and the continued inadequacy of care infrastructure," Saadia Zahidi, managing director at the Geneva-based think tank, said in a released statement."In face of a weak recovery, government and business must make two sets of efforts: targeted policies to support women's return to the workforce and women's talent development in the industries of the future. Otherwise, we risk eroding the gains of the last decades permanently and losing out on the future economic returns of diversity."In the United States, advocacy organisations have long been working with communities and legislators to address the underlying issues in the gender wage gap and close that disparity.

Noreen Farrell is the executive director of Equal Rights Advocates, one of these organisations advocating for women, girls, and people of other marginalised gender identities to combat injustice based on gender, race and economic factors. She's also chair of the Equal Pay Today campaign, a national campaign of more than 50 organisations across the country working to close the gender and racial pay gap.

She answers some questions on the global report and how her organisation has been working to eliminate these gaps. (This interview has been edited for length and clarity. )

The World Economic Forum's report highlights how the spike in the cost of living is expected to hit women the hardest. Why is this?

I think what the World Economic Forum has reported on a global scale is very prevalent and consistent with what we're seeing in the United States, as a whole. What we do know is that, over the course of their professional lives, women lose up to a million dollars depending on their salary because they're not paid the same for equal work, and for other reasons that depress their overall wages.

If we were to eliminate the gender wage gap for women in the US today, they would have an entire additional year of child care paid for; a year of tuition and fees at a four-year, public university paid for; more than nine months of rent, seven months of health insurance, and a year's worth of food paid for; and the ability to pay off their student loan debt in four years.

This is a significant loss of money that would let them move from living paycheck-to-paycheck to be able to actually have savings to weather extraordinary events that make their lives much more expensive.A new report that came out from Property Shark [a blog covering news and research on various real estate topics] looks at gender disparities within the homebuyer market in 51 of the largest US cities and how the gender wage gap impacts the ability of women to find affordable housing and actually buy a home. It looks at the local median income of single men and women compared to the local median sale price of starter homes. It showed that single women interested in a starter home would have to spend 49% of their monthly income to cover mortgage costs, while single men would have to spend 32%. So, because of the gender wage gap, women have less capital at their disposal. Of course, that affects their ability to pay all sorts of other kinds of bills.

The report ranks how well countries are doing in achieving gender parity in education, health, political empowerment, and economic participation and opportunity. Why is the US ranked 27th among nations with the largest economies.?

I think that, at the federal level, we have not really committed to very common-sense policy reforms that would close the gaps that are very present, like pay transparency and pay data reporting. We also don't have comprehensive paid leave in this country, which forces women out of the workplace, returning to depressed wages, or a wage penalty when leaving the workplace and then coming back.

When women leave the workplace and then come back, without having paid leave, there's a study from PayScale that says they are going to be making 7% less on that job. We're measuring that closely right now as we're coming out of Covid. There's a refusal to ensure that women can leave the workplace and have their jobs protected. There is a very strong connection between the availability of affordable and quality childcare and the gender wage gap. Other countries provide that, which allows women to stay in the workplace and continue to increase their wages and have a job when they need it the most, which is an important measure of economic security.

What is pay transparency and how can it be addressed to help to close this disparate pay gap?

The best example of how pay transparency leads to less disparity in wages between men and women, is in unionised workplaces where there are published pay scales that are negotiated and transparent to all. In those kinds of workplaces, there is not a discernible wage gap that's contributed to potential discrimination or unlawful bias. In California, one of the ways that we continue to improve is by requiring better pay transparency that requires employers to post salary ranges when posting job openings. What's so important about this is there is this incredulous argument that women don't negotiate their pay, but the reality is that they're not given the information that they need in order to know the range of the salary, and what factors place them within that range. When that information is provided, we know that women negotiate better starting wages and better wages for promotion. Companies that are transparent in pay have better outcomes when they're measuring potential gender wage gaps, and they also have better employee morale.

What has Equal Rights Advocates been able to accomplish in its work to eliminate this gap?

I think that you'll see the major focus of our organisation is on pay transparency as a way to help people negotiate equal pay; better pay data reporting by race, sex, and ethnicity so that we can actually determine what's happening in companies without forcing women to have to file lawsuits; and a really important piece of our movement, in terms of the overall wages of women, is really making sure that we're abolishing that subminimum wage for tipped workers, which is the law in California, but not in many other states and not at the federal level. We think raising the wages of women in the lowest paid industries is a huge priority. These are our priorities for the next few years. It's slow and steady, but at the rate we're going, it's going to be half a century before we actually reach parity in terms of equal pay for equal work, so we're trying to come at it from a lot of strategies.

An important piece is also looking at the greater care economy and how it impacts women's wages. Coming out of Covid, child care and paid family leave impact the overall earnings of women over their lifetimes. Our view is that no woman should be forced out of work for any period of time because of a lack of affordable child care or paid family leave. In order to keep improving on wages, women have to be able to stay in the workplace, and our country hasn't really made that possible for many. We think the care economy policy reforms are an important piece of closing the wage gap, as well. – The San Diego Union-Tribune/Tribune News Service 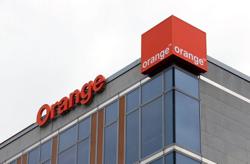 Caregiving for aged parents: A partnership between family and care provider
The future of older people matters: They must be protected from abuse or neglect
Seniors have a right to choose where they want to live
Brit women turn to gambling to make ends meet, says report
We have to live well to age well
Study:�German children increasingly suffering from lack of exercise
Iranians protest for 10th night, defying judiciary warning
Kids born after a natural disaster more likely to have anxiety, depression: study
Starchild: Malaysian children have their own creative take on fusion food
Tired of being bullied, deaf student turns to boxing