Ali has cut down on trucking jobs to be available at home to care for his daughters.. Photo: Phinehas Adams/unsplash

On a warm afternoon in late March 2020, Ali Abdi and one of his young daughters, Maryam, sat outside their rental home observing the neighbourhood along a St. Peter street in Minnesota they'd moved to only days earlier.

He hoped fresh air and sunshine would help relieve the fatigue that had built up after long hours of helping care for his three girls, all who have been diagnosed with a fatal form of the genetic disease leukodystrophy.

One problem weighing on his mind: The need for a bathroom large enough for his wife, Fartun, and him to provide personal hygiene care for their invalid children.

Ali was treated to a temporary distraction from his worries that day when he spotted a happy-go-lucky pooch ambling down the sidewalk ahead of her owner.

"I was new in town and I didn't know anyone. That's when we saw Steve and Izzy."

Steve Firkins' dog with its blue and brown eyes and the movement of her ears ("one up, one down") were easy conversation starters between the two St. Peter men.

"Covid had just started and it was just before Ramadan was to begin," said Firkins, describing the day a smiling Ali waved to him and introduced his toddler.

Ali is a 34-year-old truck driver. Firkins is a 67-year-old retired counselor turned documentary filmmaker with four grandchildren who do not live in town.

"Steve and I have become best friends. If we don't see him for four or five days, my wife and I start asking, 'Where is he?'" Ali said.

Several times during the past year, the Abdis and Firkins have shared cups of ginger tea, occasional evening meals and discussions of spirituality. The two men share not only their pandemic and paternal experiences; there's also an occasional prank. 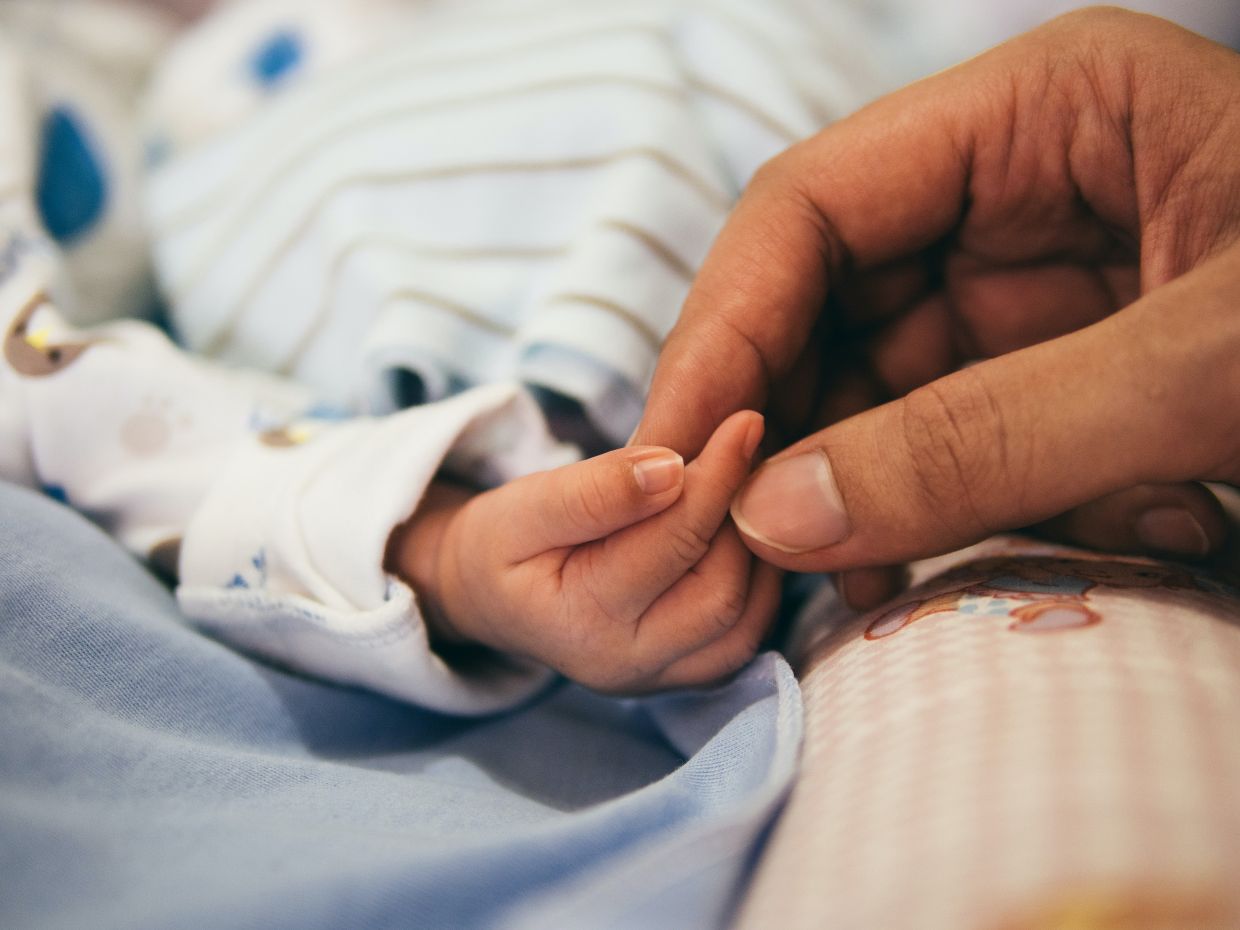 "We cry a lot," Ali said, describing the couple's reaction to the incurable disease's hold on their lives.

Last December, Ali was in a store parking lot when a giant snowman called out his name. It turned out to be Firkins, who was in costume collecting donations for Salvation Army's Red Kettle campaign.

Firkins said his wife, Amy, and he have not had much face-to-face contact with their children or grandkids during the last year because of the pandemic.

"Ali's family became part of my small Covid bubble. I've been very careful about things like social distancing because of the girls' health."

Ali and Fartun appreciate their new friend's calming presence and the handyman skills demonstrated when he helped refinish dining room furniture. Their three daughters, especially the middle girl, have taken a shine to Firkins as well.

"Maryam and I are good buddies. When we first met, she was just starting to walk. She would take both of my hands and we would go around and around their table."

Over the past year, Firkins has watched his buddy's legs weaken. Almost three years old, Maryam no longer walks and soon will require a feeding tube to receive nourishment, he said.

For Ali and Fartun, it's their second time witnessing stages of rapid decline in a child of theirs. The eldest daughter, Ansal, who showed no signs of the disease when first born, is now a very ill eight-year-old. Her limbs have shriveled and she is no longer active.

"We cry a lot," Ali said, describing the couple's reaction to the incurable disease's hold on their lives.

The family's youngest child, soon-to-be-two Asiya, also has been diagnosed with the same form of leukodystrophy that struck her sisters and is just beginning to show symptoms.

Their nine-year-old son, Abdullhai, does not have the disease. He remains in Kenya with Fartun's mother.

The Abdis lived in Tennessee when they first immigrated to the United States. Doctors at Vanderbilt Hospital in Nashville were the first to discover Ansal was suffering from a deadly form of leukodystrophy.

"Doctors told us the name (of the variation their children have) but I don't remember it," Ali said.

He and Fartun met in a refugee camp before they came to the United States. Neither has a family history that includes members who suffered from leukodystrophy; however, both carry the gene in their DNA.

"No one in our family has had this, no aunts or uncles, no cousins. Our families are from the same community, so they would know," he said.

Ansal had begun to have difficulty walking shortly before she arrived in the US. Leukodystrophy has now stolen that ability. Swallowing is extremely difficult, so she requires round-the-clock care.

Ali has cut down on trucking jobs to be available at home to care for his daughters. He said children's hospitals or medical research facilities are not places for them to be because those places would offer little comfort.

"We comb their hair, change their diapers, clean them. The best treatment for our daughters is our love and to be with us."

Sisters of Fartun who live in St. Peter share food with the Abdis and take care of some household duties, such as cooking and laundry. The Abdis receive some medical and financial assistance.

A hospice programme provides dozens of diapers and checks in on the family weekly, Ali said.

Bathing their daughters is becoming increasingly difficult, he said. The bathroom in the two-story where they live is not designed for people with disabilities.

"They cannot make changes because they are renters," Firkins said.

Chances are slim that the Abdis will become homeowners in the near future. Programmes such as Habitat for Humanity have application processes that can take years, and there are income requirements and mortgage payments. Guidelines for nonprofits such as Make-A-Wish typically don't gift child recipients with houses.

United Leukodystrophy Foundation's director of operations, Keely Haag, is helping the couple connect with other parents of children afflicted with the same genetic disease. However, her nonprofit only provides financial support for medical research.

Haag said she understands why the couple chooses to care for their terminally ill children at home and why they don't want their daughters to be part of leukodystrophy research.

"I was born with a congenital birth defect that, fortunately, could be treated cosmetically. I know what it's like to be a kid who is being prodded and poked (by people in the medical field).

"I've seen both sides of the spectrum. Some feel time with their families is what's best for their children. Others become warriors for research who want their child to be enrolled in anything that may help."

Ali plans to continue cuddling and caring for his daughters, as well as to keep on hoping somehow, someone from somewhere will reach out a hand to help. He's been feeling a bit more optimistic since a new season began for people of his faith.

Ramadan is a period of fasting and spiritual growth Muslims are observing this year through May 12. Many who practice fasting during daytime hours maintain they gain the ability to feel empathy for others, especially those who live in poverty.

A fairly new US citizen, Ali, who fled the Somali civil war with his family when he was three, believes his dream of a new home can come true here.

"I love this country. It is a wonderful place to be living in."

Firkins also is holding out hope for his friend.

"Ali is a good person, his family is deserving of help," Firkins said. – The Free Press, Mankato, Minnesota/Tribune News Service

A 'constant wrench': Parenting from behind bars