In their own blood, Mexican women demand help for victims of violence

Flora Marcelo Rojas writes 'Justice' with her blood in protest for the disappearance of her daughter Ayelin Iczae, who was last seen on October 15, 2020 in the Mexican state of Guerrero. Photos: REUTERS/Toya Sarno Jordan

Flora Marcelo wrote her appeal on a white wall outside the UN human rights office in Mexico City, using a finger dipped in her own blood: "Justice for the disappeared."

At least five women joined Monday's protest, some drawing their blood with the help of a catheter, to bring attention to the plight of children and other relatives who have gone missing or been killed amid the violence of Mexico's long drug war.

Marcelo, 36, has spent weeks camped outside government offices along with dozens of other women in a bid to highlight their cases. This protest was a "desperate" measure, she said.

"They don't listen to us, and I want justice for my daughter," Marcelo said as blood flowed from her arm through a slender plastic tube.

Mexico has registered nearly 80,000 missing people, most of them victims of gang-related violence since the start of a "war on drugs" in 2006. Officials say around half of those could be unidentified bodies in morgues that are under-funded and ill-equipped to deal with the avalanche of homicides. 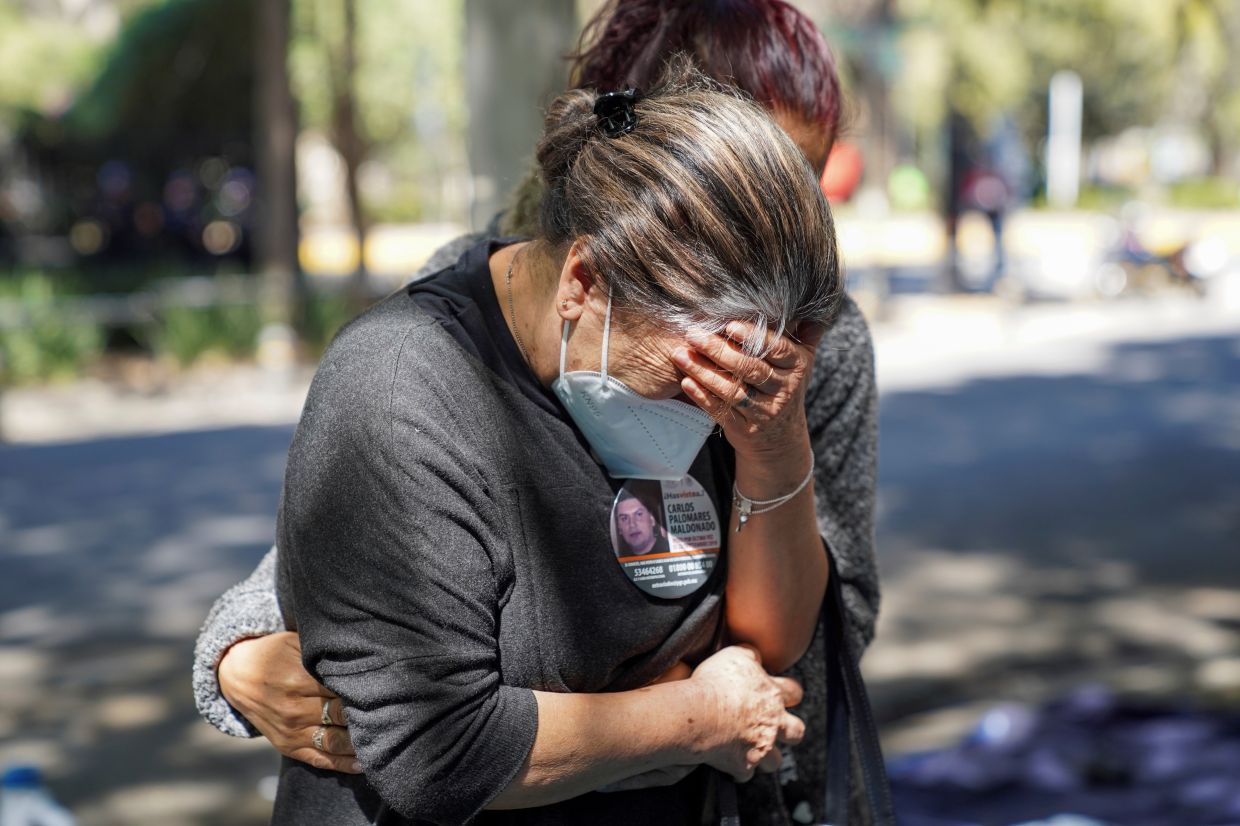 A woman comforts Ana Maria Maldonado, whose son Carlos Palomares went missing on September 22, 2010, during a demonstration from mothers and relatives of missing people against the lack of attention from authorities.

Despite a new legal framework and the establishment of a national search commission, the number of missing keeps rising. Support groups of family members, mostly mothers, have formed to search in clandestine graves scattered across the country.

Marcelo's 13-year-old disappeared in October from their home in Guerrero, one of Mexico's most violent states. Several days later, her body was found, dismembered. Marcelo discerned it was her daughter from the clothes discovered nearby.

For Ana Maria Maldonado, more than 10 years have passed since her son went missing in Mexico City. She now wears a pin bearing his photo and the words,"Have you seen... ?" - Reuters

5 family flubs to throw out this Lunar New Year
Starchild: Malaysian children wish everyone a roaring New Year
Teen wows judges with her Malaysian-inspired creations in Britain’s Junior Bake Off
Looking forward to a meaningful celebration with family
Advocates for senior citizens urge government to do better for our elderly
Have you Wordle-d today? The popular word puzzle has a Malaysian version too
Feeding stray dogs is a kind gesture, but please spay them too
6 ways to help your child handle stress
Children experience stress too. How do we help them cope?
Starchild: Malaysian children love balloons in all shapes and sizes