Parties only among family members, except for the Trumps 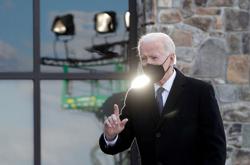 Public health officials are sounding alarms and urging Americans not to travel and limit gatherings this holiday season amid a new surge in coronavirus cases.

But that isn't stopping the White House from planning a host of festivities, including holiday parties, which kicked off Monday with the arrival of the White House Christmas tree.

"Attending the parties will be a very personal choice, ” said Stephanie Grisham, First Lady Melania Trump's spokeswoman and chief of staff. "It is a longstanding tradition for people to visit and enjoy the cheer and iconic décor of the annual White House Christmas celebrations."

The decision to move forward with indoor events and other gatherings comes as the Centers for Disease Control and Prevention, top White House advisers and public health professionals across the nation have been pleading with Americans not to travel for Thanksgiving or spend the holiday with people from outside of their households.

As the weather has cooled, the virus has been spreading out of control, with cases and hospitalisations surging across the nation and more than 250,000 people dead.

The White House has already been the site of several suspected "super-spreader” events and dozens of staff - along with the president, the first lady and their son - have been infected, along with a long list of campaign aides and other advisers.

Grisham said the White House would be taking precautions to provide "the safest environment possible” for attendees at events. That includes smaller guest lists, requiring masks, encouraging social distancing on the White House grounds and hand sanitiser stations placed throughout the State Floor.

"Guests will enjoy food individually plated by chefs at plexiglass-protected food stations. All passed beverages will be covered. All service staff will wear masks and gloves to comply with food safety guidelines," she said. 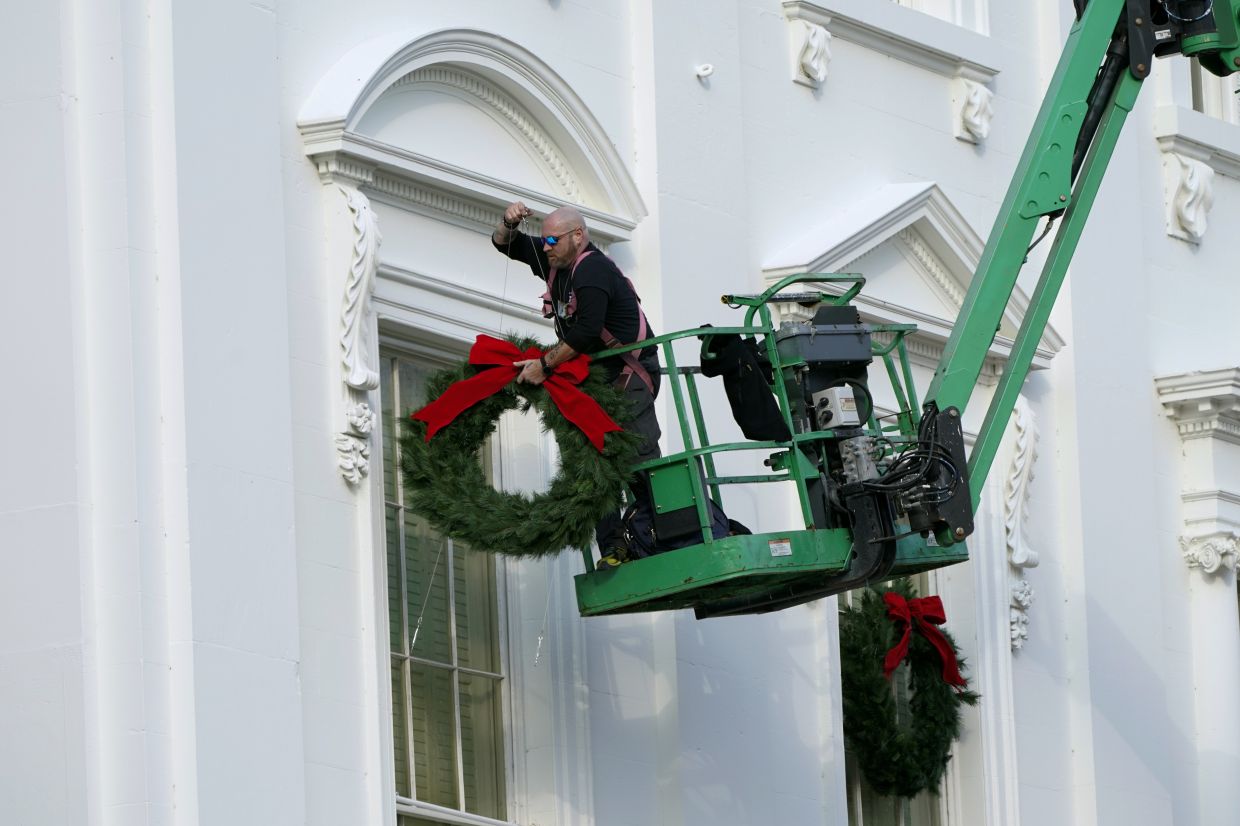 The decision to move forward with indoor events and other gatherings comes as the Centers for Disease Control and Prevention, top White House advisers and public health professionals across the nation have been pleading with Americans not to travel for Thanksgiving or spend the holiday with people from outside of their households.

"I want the American people to know that we are at a dire point in our fight with this virus, by any measure: cases, positivity, hospitalisations, deaths," he said on on ABC’s Good Morning America. "So I’m asking Americans - I’m begging you - hold on just a little bit longer. Keep Thanksgiving and the celebrations small and smart this year... do it outdoors if you can, keep it small, ideally less than 10, and prepare beforehand.”

Not long after, the first lady attended a small ceremony to mark the arrival of the White House Christmas tree - by horse-drawn wagon - an event that traditionally kicks off the holidays at the White House.

The National Christmas Tree Association said that, in normal years,"the selection of the White House Christmas tree is a media event at the NCTA Champion Grower’s farm attended by 100 or more people to observe the White House team select the perfect tree for the Blue Room.”

On Tuesday, the events will continue as President Donald Trump participates in the annual pardoning of the National Thanksgiving Turkey at a ceremony in the Rose Garden.

Trump has remained largely behind closed doors since he lost his bid for reelection. He has refused to concede, lodging baseless allegations of voter fraud in an attempt to subvert the results and undermine one of the basic tenants of democracy. - AP 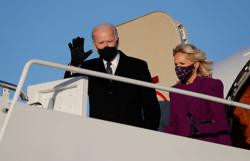