Once used to warm men's private parts during harsh winters in rural Croatia, the woollen codpiece or 'nakurnjak' is making a comeback as a popular souvenir, thanks to a handful of women preserving traditional handicrafts from oblivion.

"The nakurnjak sparks laughter, a lot of positive energy, jokes. Many (tourists) take one as a nice Christmas gift," explains Sonja Leka, a 55-year-old who runs an association of knitters preserving the old-fashioned arts in their tiny village in the central Lika region.

The French philosopher Michel de Montaigne went so far as to lambast the accessory as an "empty and useless model of a member that we cannot even decently mention by name, which however we show off and parade in public".

But ordinary men in the Balkans wore the coverings for more practical reasons - as underwear to stay warm and to soften the impact of horseback riding.

In Lika, a mountainous sparsely populated region in central Croatia known for cold winters, the nakurnjak was a must-have item knitted by women from sheep's wool. A spread of knitted items including dozens of cylindrical white and grey nakurnjaks, lying on tables in Tara's modest premises, are a sad reminder of the pandemic.

"Men's folk costumes had large pants, without any protection below, they had to ride horses and walk through forests to collect firewood, that's where the need to make nakurnjak comes from," said Leka.

"Our ancestors were practical, there was no shame in naming useful items," she said of the Croatian word for the garment, whose translation is more literal than 'codpiece'.

In Licko Petrovo Selo, a village of around 100, Leka runs the Tara association where women have been gathering in the small centre to knit, crochet or weave traditional socks, handbags, towels and nakurnjaks.

The latter became a hit among tourists visiting the nearby Plitvice Lakes national park, a Unesco World Heritage site, said Leka, who is also a tourist guide.

Last year some 600 mostly American tourists visited the handicraft group, which has received donations from embassies and the local municipality.

But a four-star hotel across from the run-down building accommodating the association is now empty due to the coronavirus.

A spread of knitted items including dozens of cylindrical white and grey nakurnjaks, lying on tables in Tara's modest premises, are a sad reminder of the pandemic.

The women have sold or gifted some 1,500 so far, packed in cardboard boxes with a background story and a pair of walnuts as a "symbol of good health".

The elderly knitters say the nakurnjak was once an important item in a woman's dowry, which included the so-called "bride's chest" of handicrafts that women prepared for their future husbands. 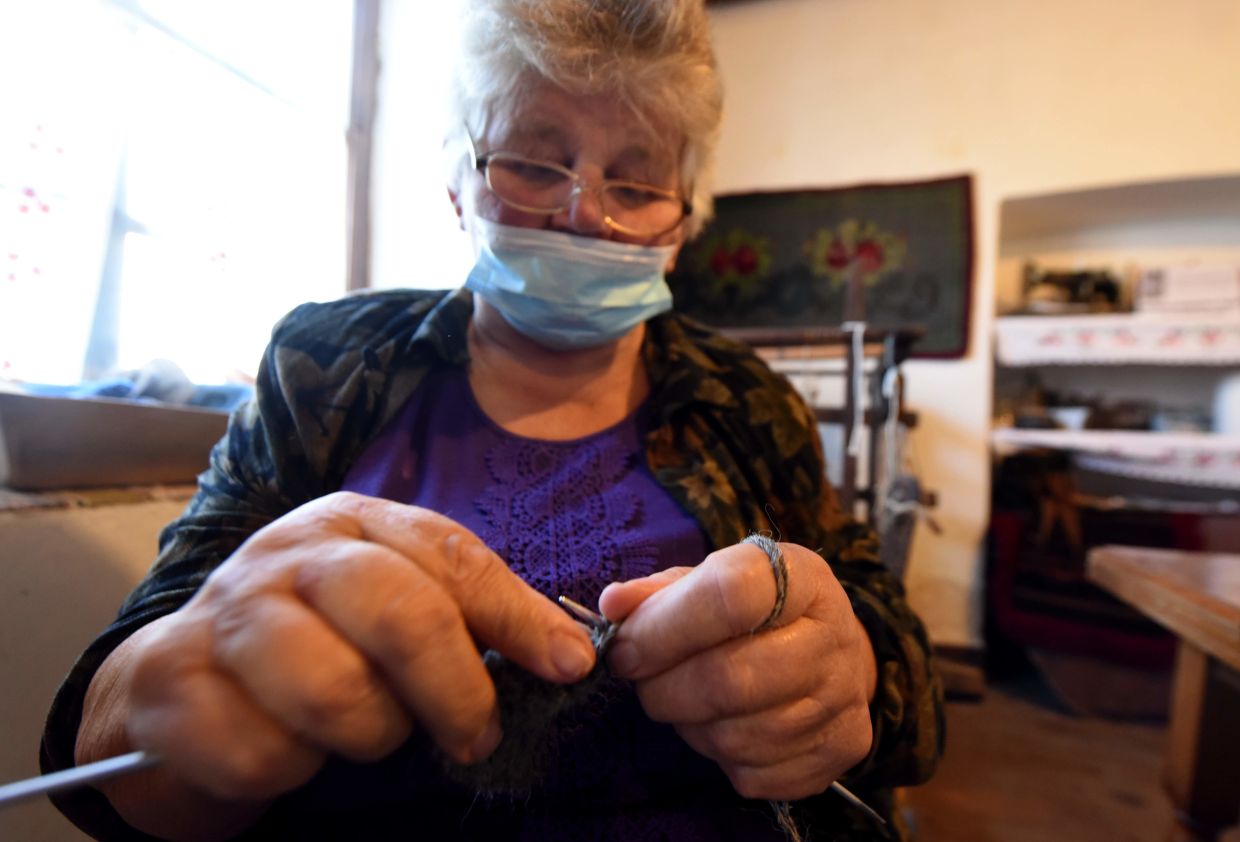 Men in the region stopped sporting the item in the late 1950s when the availability of cotton underwear took over.

If a bride could not estimate the right dimensions of the nakurnjak for her husband, she had to ask her groom's relatives for guidance.

The codpieces are available in XL, XXL and 'Lika size', Leka said with a laugh.

Men in the region stopped sporting the item in the late 1950s when the availability of cotton underwear took over.

"We come here to socialise and work at the same time so that these old crafts, knitting and weaving, are not forgotten," said Anka Prica, a 73-year-old who is part of the association.

She and 83-year-old Bozica Leka regret youngsters are not interested in learning the craft.

"It's a pity not to pass this on to young people so that the tradition continues. The tradition will die with us," Leka said. - AFP