Pototschnik with a photo book displaying the food she used to offer in her catering business. Photos: AFP

Germany's huge coronavirus rescue packages have won praise at home and abroad. But for divorced caterer Lulu Pototschnik the financial aid remains tantalisingly out of reach - and she's not the only single mum slipping through the cracks.

"My daughter and I have always coped. But now it's as if my life is getting off track. I feel more invisible by the day," Pototschnik said.

For over a decade, the 51-year-old has run a small business doing backstage catering at concerts and festivals.

But when the pandemic swept through Germany in March, all her bookings for the rest of the year were cancelled.

Pototschnik applied for the government's "immediate assistance" and promptly received 9,000 euros (RM4,465) in her bank account.

But it's been of little use.

Under the scheme's rules, the cash can only go towards fixed business expenses, which Pototschnik hardly has.

"What good is money you're not allowed to spend?" she asked.

With no partner to share the burden, Pototschnik has been burning through her savings to cover her monthly living costs of around 2,200 euros (RM10,915), including private health insurance and rent on the house she shares with her 21-year-old daughter in the western city of Essen. 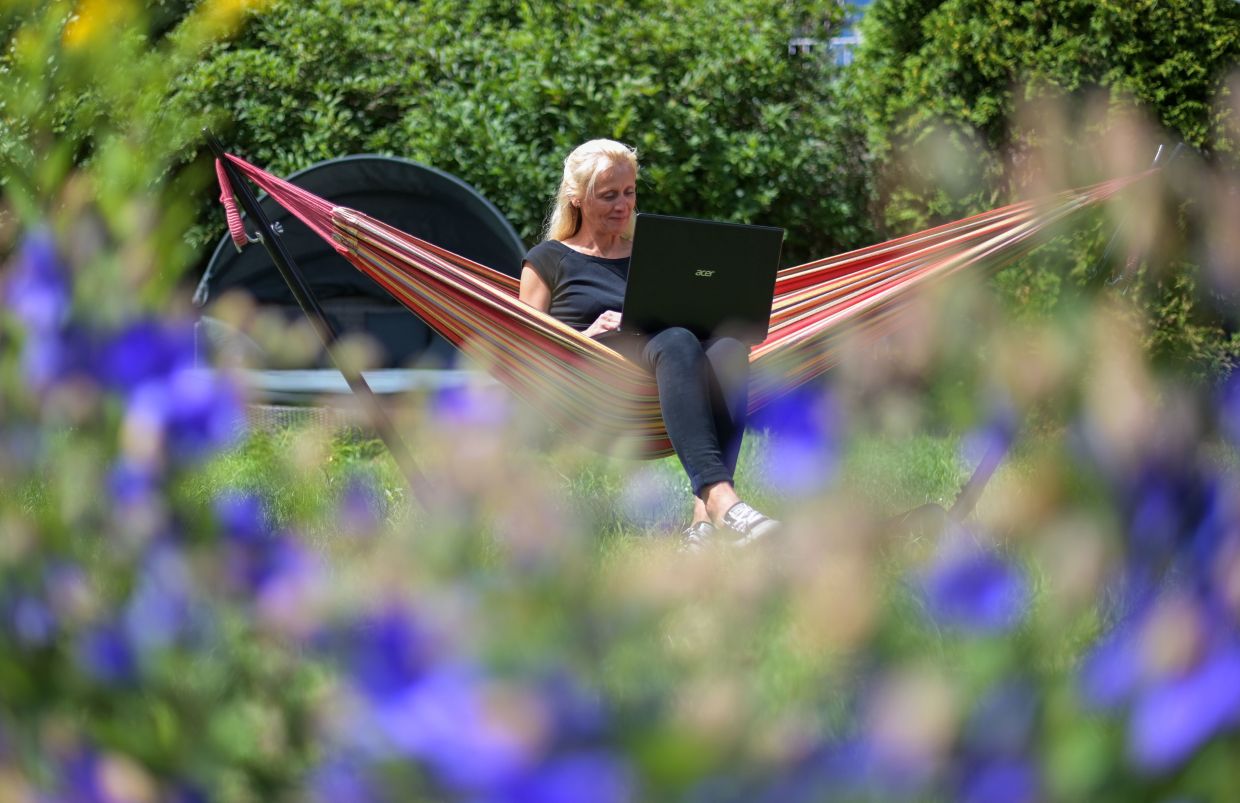 Pototschnik is burning through her savings and is baffled by how quickly her successful life has turned to despair.

In the northern town of Glueckstadt, single mum Patricia Schoenfeld is also struggling.

Having just rejoined the workforce this year after separating from her husband, the 47-year-old was still on probation as a category manager in purchasing when the pandemic shut schools, keeping her seven-year-old daughter home.

Juggling conference calls with full-time childcare was "extremely challenging", and Schoenfeld was let go in April.

Germany counts around 1.5 million single-parent households with children under 18, overwhelmingly headed by women.

A recent Forsa survey commissioned by the government found that single mothers have been uniquely impacted by the pandemic.

Thirty percent of single mums in salaried employment have had to take leave for lack of childcare, compared with 19% of other parents. They are also more likely to have stopped working altogether.

Of the single mums who are self-employed, just 15% have been able to continue working as normal.

The North Rhine-Westphalia branch of the VAMV, an association for single parents, said Chancellor Angela Merkel's government should offer more targeted and longer-term aid to prevent single mums from "falling into the poverty trap".

Schoenfeld still considers herself lucky, saying she and her child "are getting by" with her savings and the maintenance her ex has been ordered to pay until their divorce is finalised.

She is hunting for a job,"but it's slim pickings," she said, believing that employers are wary of hiring single parents who may have childcare problems if a second wave of infections hits.

Pototschnik is also looking for work to tide her over until the event industry gets back on its feet. 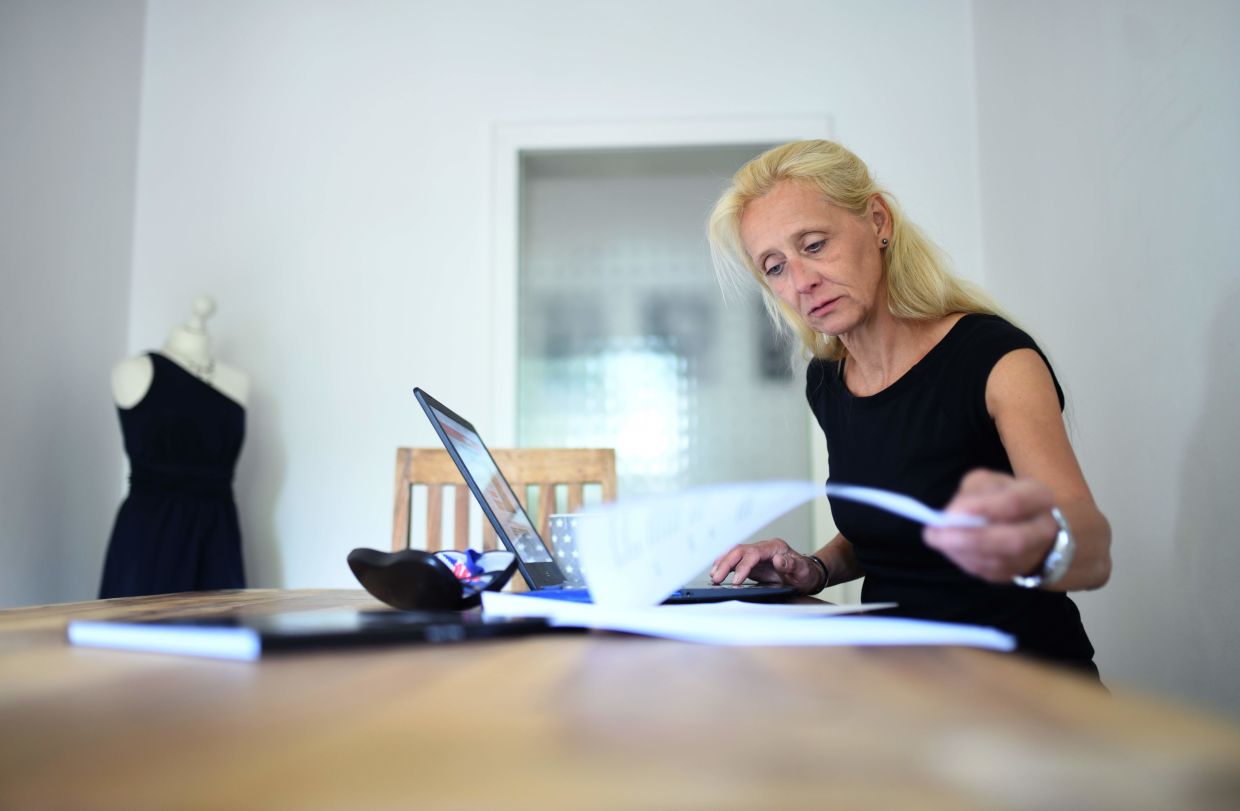 Catering manager Lulu Pototschnik works in her apartment in Essen, western Germany. The 51-year old has gone from catering for big stars like Tote Hosen to absolutely nothing after the pandemic erased all events off the calendar.

She has so far unsuccessfully applied to be a postal worker, a driver and a petrol station attendant.

The German government has pledged over a trillion euros in aid to shield companies and citizens in Europe's top economy from the pandemic fallout, including through loans, grants and subsidised shorter-hours programmes.

It has also lowered the hurdles for receiving unemployment benefits and rent assistance.

But Schoenfeld said she doesn't qualify because she is technically still married and her estranged husband earns a good salary.

Pototschnik hasn't ruled out claiming benefits, but worries the 600 euros (RM2,976) her daughter earns each month in her apprenticeship will be taken into account.

"It's not right for me to live off my daughter. That money is for her future."

The family ministry said that the government was aware of the plight of single parents and had introduced special measures to support them, such as greater tax relief, emergency daycare and partial wage compensation for those unable to work because of school closures.

All families in Germany will also receive a bonus of 300 euros (RM1,488) per child this autumn.

Schoenfeld, who asked her daughter's teacher if she could stop printing out assignments in colour to save money, described the bonus as "a joke".

"Sometimes I wonder: will it be me queueing for food next year?"

Schoenfeld said more than anything, single parents needed a break from the relentless cycle of running the household, keeping the children happy and worrying about money and the virus.

What parents can do to protect teenagers on TikTok from cybergrooming

Desperate US parents take their children's education into their own hands