During the first week of July, the number of households with children that reported not having enough to eat was more than 13. 5 mil. Photo: AFP

While the coronavirus isn't hitting children as hard as adults, the economic effects of Covid-19 appear to be having a disproportionate effect on young people in one vital area: hunger.

Food insecurity is rising among children in the United States as the coronavirus savages the economy, diminishing the salaries of parents struggling to feed their kids.

During the first week of July, the number of households with children that reported not having enough to eat was 13,570,374, according to an analysis of US census data by the nonprofit, nonpartisan. Before, the day the federal government declared a national emergency, the number was 12,046,456.

Throughout, there are around 121 million households; more than 32 million of them have children under 18.

Along with food insecurity - lacking consistent access to enough food to support a healthy life - families are also seeing a jump in housing insecurity, according to the council, which is based in, and is dedicated to providing research on families.

Difficulties with hunger and unstable housing can haunt children into adulthood.

"When experienced in childhood, these forms of economic adversity have cumulative negative consequences that endure throughout the life course," said, a sociologist who is president of the board of directors of the council. Williams is also editor of the. "It's a worrying storm of strain that can affect behavior, education, and long-term health for years."

The new data have been released as continues discussing the next coronavirus relief package, before expanded unemployment benefits and protections against evictions and foreclosures are set to expire on Friday.

Fighting off childhood hunger is a never-ending war for, 37, who lives in a trailer home in, . "I hate what's going on," said Ascencio, single mother of four girls, ages 6,8, 12, and 16. "The father is not in our lives. I can't give them the life that's best for them."

Ascencio worked for a housecleaning service until Covid-19 stopped the business cold and she was laid off. "We live on food stamps, and I'm looking for jobs every day," she said. "I have to keep going forward."

Hunger has an insidious effect on children. A well-established body of research shows that children raised in food-insecure households are at higher risk of depression, suicidal thinking, deficits in educational and social skills, and overall poor health.

The council reported that while schools play an important hunger-fighting role by providing breakfast and lunch, it's not clear how they'll feed students in the fall.

Children too young for school wouldn't be getting those meals anyway. And because much of a child's cognitive development occurs in the first three years of life, food insecurity at those ages can have an effect on kids for years to come, according to, a historian and the director of research and public education for the Council.

"Their memory skills, attention spans, and immune-system development will all be affected," she said.

In many cases, children experiencing food insecurity are also living in inadequate housing, and may be forced to move frequently because of evictions or homelessness.

According to the council, children who were forced to move multiple times prior to age 7 were almost three times more likely to be diagnosed with depression by age 14.

The stress of dealing with food and housing insecurity wreaks havoc on the relationships between parents and children living in poverty. Parental depression increases as grownups scramble endlessly to keep their families fed and housed, the council reported.

"It can lead to harsh parenting," said Coontz. "It's a mom losing her temper in a way she normally wouldn't if she weren't worried about hunger. And now, under increased pandemic stress, parents just don't know what's coming day to day. The kids who grow up in unpredictable households are far less able to focus and concentrate."

Dissatisfied with federal efforts to intervene, child-hunger expert said the US isn't doing nearly enough to help the most vulnerable.

"The federal government could have acted more immediately to prevent this increase in hunger," said Chilton, director of the at Drexel's.

For example, she added, the governments of and "responded quickly with universal payments to all families."

Meanwhile, Chilton warned, in the US "the public health crisis of increased food insecurity will last for decades as children will bring their major health and social problems from lack of proper food with them into adulthood.

"This scarring will be passed on to the next generation. The damage done is not just for today, but for the next several decades." 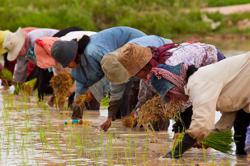 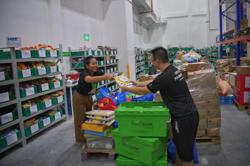