STOP blaming victims for rape. This is the message that the Women's Centre for Change (WCC) Penang hopes to send Norazizi Shamsudain, a teacher from MRSM Baling who, in a video uploaded on his Instagram, blamed victims for rape.

In his now-deleted (IGTV) video (that was titled “B.E.B.E.L – Rogol”), Norazizi disputes “study findings” of an infographic on the causes on rape which WCC had issued on its social media a few days prior.

The inforgraphic Norazizi refers to is an image of a pie chart that's completely blue. In the key are excuses for rape: "short skirt," "flirty behavior," "going out at night" and "walking alone at night." But the only cause for rape that is represented on the chart is "Rapists".

This, according to Norazizi in his video, is inaccurate and he goes on to blame victims of rape, saying that the clothes they wear and their behaviour are also causes for rape.

"Norazizi’s statements are not only factually wrong, they are misleading and dangerous. The infographic is not depictive of research findings.

"It is a definitive statement of principle, law and human rights that WCC together with countless other governments, organisations and women and men across the world uphold: that no woman deserves to be forced or coerced into sex without her consent," said WCC in a statement released this morning. 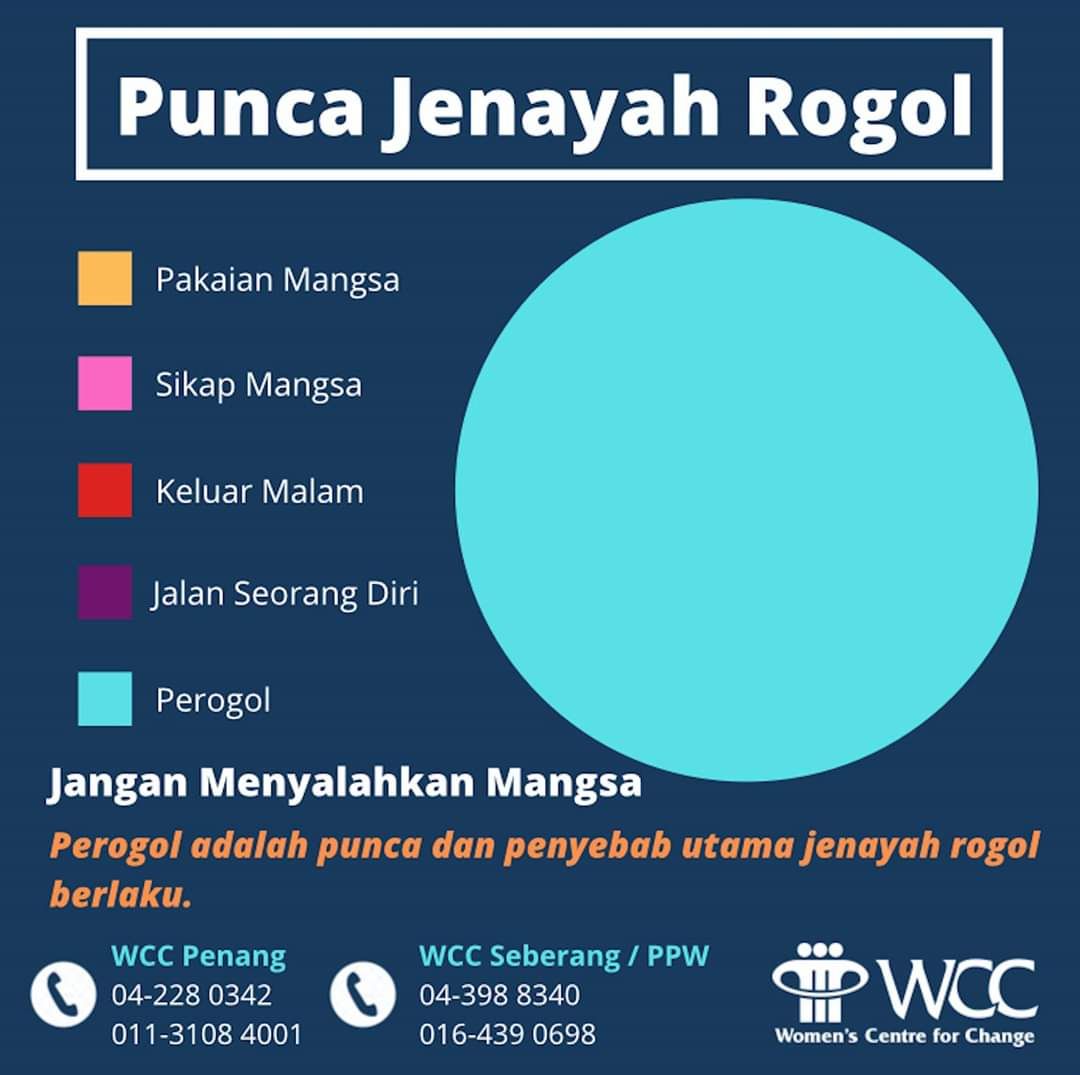 The video was also criticised by netizens who labeled the Bahasa Melayu teacher an "enabler" and "unfit to be a teacher".

A petition, believed to have been started by ex-students of MRSM Baling, calling for the dimissal of Norazizi has collected almost 26,000 signatures.

Started by Athirah Razani, the petition expressed "displeasure and disgust" at Norazizi's video.

"As an educator, he should have not used such abusive language and made ignorant remarks. His conduct and message in the video apologises for the heinous act of rape, and is unabashedly placing the blame of rape onto women.

"We believe no student, especially female students, should be subjected to such prejudice, especially in a school enviroment that should have been safe (sic), conducive and comfortable. This is a failure of the administration of MRSM Baling and by extension, the collective failure of MARA to protect its female students," reads the petition.

According to WCC, police statistics consistently indicate that around 80% of rape victims in Malaysia are girl children below 18 years old. As at 2018, nearly 65% of child rape victims and almost 80% of incest victims were below 15 years old. Over 90% of child rapes are committed by trusted family members or friends.

"Toddlers and babies are not spared either. Is it their fault that they are raped?" questioned WCC in their statement adding that how a woman dresses, and how she chooses to speak or behave, is not an invitation to violate her body against her will.

"Victims need support, not blame. Stop being part of the problem, and join the rest of the world in finding real solutions," it added.