For most of these women, sharing their stories meant being heard and getting some closure in order to get past their horrific experience.

It started last Friday with a tweet from a Malaysian woman who shared her harrowing story of being sexually harassed by an acquaintance. She named her alleged perpetrator openly, demanding that he be accountable for violating her and own up to his act.

Her tweet drew considerable attention: several other women claimed that they too had been violated by the same man and either responded to her tweet or messaged her privately, sharing their own stories.

By Saturday, Twitter was pinging many other horrific accounts of Malaysian women who have experienced sexual harassment.

As in the global #metoo movement, because of the courage of one, many women were emboldened to share painful accounts of how they had been molested and assaulted. And many exposed their perpetrators’ identities.

“Women are becoming more empowered and are no longer willing to let perpetrators walk away from their actions, even at the risk of putting themselves in danger of being judged or open to more harassment online, ” says All Women’s Action Society (Awam) programme and operations manager Nisha Sabanayagam.

The emergence of these women’s accusations on Twitter is a reminder of the prevalence of sexual assault in Malaysia, says Emellia Shariff who is the managing partner of Speak Up Malaysia.

“The fact that these women felt like their only recourse was to speak up on social media, after years of silence, goes to show how inadequate and inaccessible our justice system is, ” says Emellia.

Sexual harassment, as defined by the Employment Act, is “any unwanted conduct of a sexual nature, whether verbal, non-verbal, visual, gestural or physical, directed at a person which is offensive, humiliating or a threat to their well-being”. 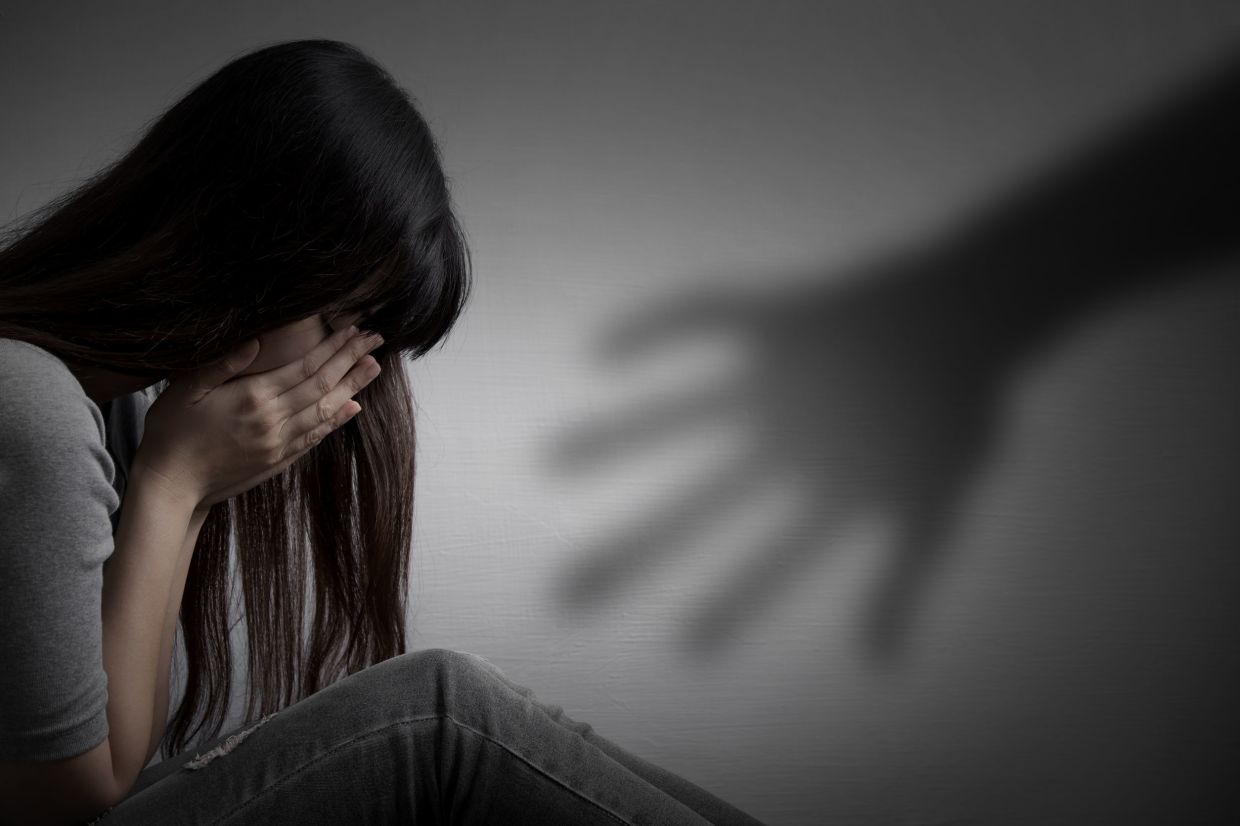 A need to be heard

Among the women who spoke up on Twitter was Pauline* (not her real name) who was sexually assaulted in 2018 by “someone I trusted at the time”.

Naming her perpetrator, Pauline shared her story even though she know she was setting herself out to be shamed by twitter users, particularly since her assailant has a relatively large social media following.

“I read that initial thread on Friday and it got me really angry (about my own experience). I didn’t want anyone else to end up in the same position as I was in especially since he had a platform, ” she shares.

“It was difficult. I knew his circle (of friends). He was someone that people looked up to. A lot of people hated him too.

“I knew a lot of people would turn my story into something it wasn’t. Sharing my story has been more painful than i thought it would be. But it has also given me closure in a way.

“I haven’t recovered. I don’t think that will happen anytime soon. But it was extremely helpful to see the support on twitter and I am grateful for that.

“Many Malaysians have harmful mindsets that contribute to rape culture and while the comments were mixed, I was relieved to see that the good apples outweighed the bad ones, ” shares Pauline.

For most of these women, sharing their stories meant being heard and getting some closure in order to get past their horrific experience.

Some wanted accountability and a few were willing to report their assault.

Victims of sexual harassment are encouraged to file a police report on their assault to facilitate investigations on the crime committed.

Reporting assault or abuse also helps activists, advocates and lawmakers push for relevant policies and legislation to protect society from such violence.

However, in the absence of a sexual harassment legislation that can protect them and offer them redress, many victims are afraid to speak up for fear of having to face their assailants or, worse, not being believed or instead of being shamed.

Victims, shares Emellia, fear they will not be taken seriously and getting blamed.

“And for victims who are Muslims, they face an added fear of getting in trouble under the Syariah law if they report the matter to the police.

“On top of that, victims often worry about being traumatised again by the whole process of reporting and investigation which can be insensitive and misogynistic.

“This is the perception, whether it is true or not - this is what discourages victims from reporting their harassment, ” says Emellia. However, in the absence of a sexual harassment legislation that can protect them and offer them redress, many victims are afraid to speak up for fear of having to face their assailants or, worse, not being believed or instead of being shamed

For Pauline, the fear of making a police report is layered.

“Almost every other person has advised me to make a police report. I’ve spoken to another victim about this too. I don’t know what making a report really means.

“It’s not an easy decision. My heart really wants to stop him from hurting another woman again but no one can answer my questions, ” says Pauline.

Until and unless a comprehensive law on harassment is in place, victims of sexual assault and harassment will not feel protected enough to come forward and report the assaults they’ve experienced.

“This is why having comprehensive laws on sexual assault, which provides the necessary protection to victims while enabling an objective and thorough investigation on the matter, is important.

“Without this, victims are pushed into a corner where they put their names and reputation on the line when they speak up about sexual assault on social media, ” says Emellia.

Coming out on social media is a huge risk. Not only does it come at a huge personal cost - trolls criticising the victims for their behaviour, their appearances and even their decision to share their story on social media; victims may face the threat of defamation for revealing the identity of their alleged assailants.

“There is a sense of catharsis and closure in being able to name their perpetrator. But mostly, these women want to warn other women who may become victims themselves.

“Unfortunately, they may face threat of defamation if the identity of the perpetrator is revealed. We cannot stop the person accused from bringing a defamation suit, because they have a right to do so.

“However victims can argue that they are just speaking the truth, supported with the relevant evidence to show that the sexual assault did happen.

“This is an absolute defense against such defamation suits, ” says Emellia, who advises victims to seek legal counsel before naming their perpetrators to properly assess their risks. 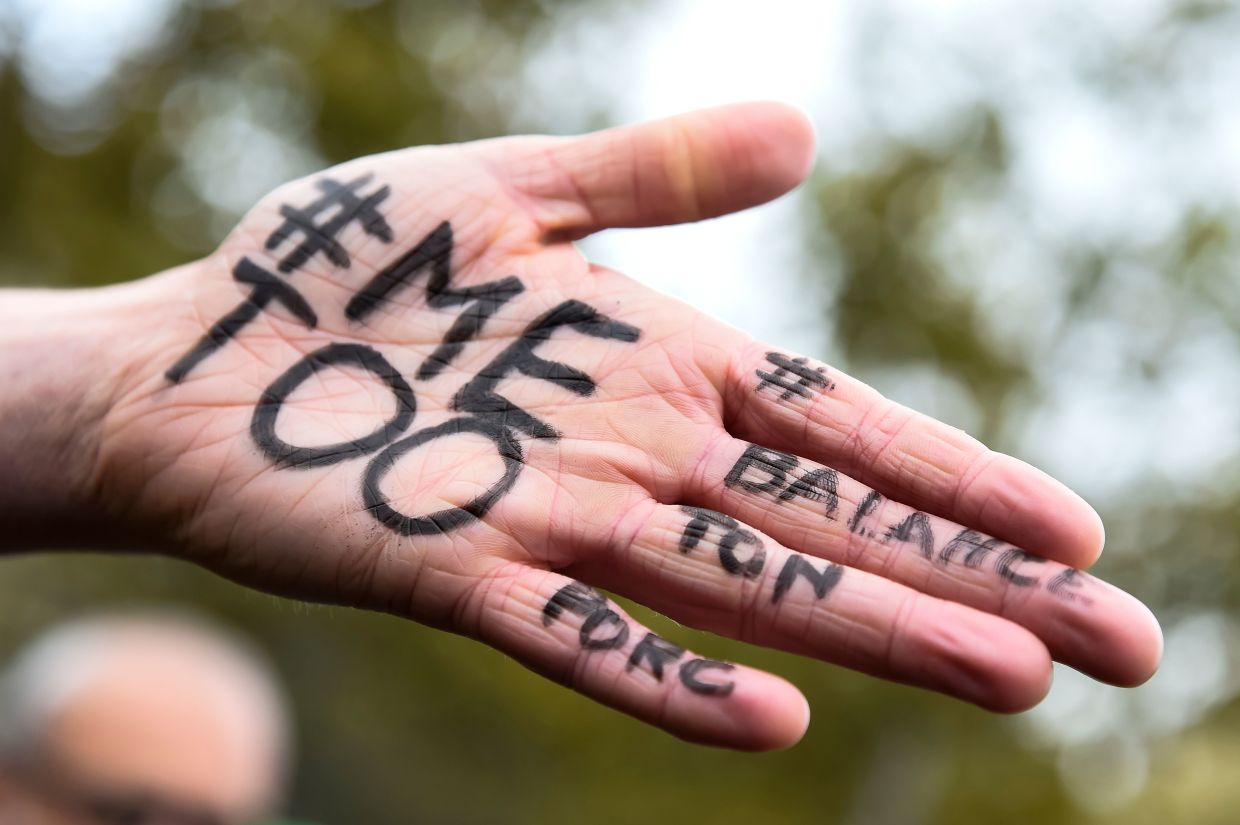 As in the #metoo movemement, the voice of a few women gave others the courage to speak up about their harassment.Standalone act

The revelations of the women on Twitter over the weekend are only a snapshot of the lived realities of women in Malaysia today, says Nisha.

Sexual harassment happens in Malaysia and it happens too often.

“From March 18 to June 2 alone (during the MCO) we received 13 complaints in just 77 days. And we know that for every complaint that comes to us, there are at least two or three that are unreported, ” says Nisha.

An article in the Universiti Malaya law review titled, A Comprehensive Sexual Harassment Bill: A Step In The Right Direction? (published on March 23), notes that cases of sexual harassment in Malaysia have increased “without the necessary actions to curb them”.

Citing the most recent cases of sexual harassment that have been highlighted in the media in the last few years – a specialist doctor from a public hospital who was dismissed but not criminally prosecuted, BFM Radio’s staff members who were also dismissed but also not criminally charged as well as several MPs who were criticised for incendiary remarks on sexual violence – the report suggests that a “deeply ingrained patriarchal mindset” along with “privilege of power that differentiate women and men” and “society’s indifference and culture of victim-blaming” for preventing victims from coming forward to report harassment.

“The issue lies in the adequacy of existing legislation to combat cases of sexual harassment in Malaysia.

“Can current legislation protect victims not only by penalising the perpetrators but by providing forms of redress to the victims as well?” questioned the article.

While the penal code offers some protection - particularly for more physical forms of sexual assault and violence - women’s rights advocates have been pushing for a stand-alone law that protects all victims in all spaces - at the workplace, in private spaces and in public spaces too.

“While there are existing laws on rape and sexual assault, we need to further improve laws on harassment.

The Joint Action Group for Gender Equality has spearheaded a campaign to push for the Sexual Harassment Act to be presented in Parliament for close to two decades.

A multi-agency and multi-stakeholder committee had for the last two years prepared drafts of the proposed Sexual Harassment Act which was supposed to have been presented at Parliament in the March.

Unfortunately, with all that has been going on in the country, the future of this bill is anyone’s guess.

“The irony is that there is a draft legislation that waiting in the wings - a Sexual Harassment Bill that is ready to be tabled. That would serve as a legal preventive tool.

“I hope that the Perikatan National government is focused on making Malaysia a safe place for everyone not just from Covid-19 but also from sexual harassment, ” says Nisha.

Would a standalone act make victims feel safer in reporting their assaults?

“Yes, ” says Pauline. “As it is now, the other survivors and I are in the dark about what redress we can hope to get.

“Hopefully, if there are clear punitive measures (on harassers), it will encourage others to come forward and report their stories.”

Another thing that was evident in the Twitter threads on harassment was that there were significantly more people who supported the victims’ claims of harassment than those who trolled them.

“Women are becoming more empowered and I think this is the result of the advocacy work that NGOs have been carrying out over the years, encouraging survivors to speak up.

“Realising that they are not alone and that they will be supported have given these survivors the courage to reveal their experiences.

“And also, all of us - survivors, observers and most of society - are just tired of seeing perpetrators, especially privileged ones, get away with their bad behavior, ” says Nisha.