These Malaysian fathers are doing it all to raise a family

Sah and his wife Chew made lifestyle changes that enabled them to be hands-on in raising their children. Photo: The Star/Faihan Ghani

Once upon a time, the roles were clearly divided. Fathers were traditionally the breadwinners and mothers took care of the rest. But times have changed, and dads are no longer the stereotypical stern distant parent.

More and more fathers are redefining their roles, to the benefit of their children and family. StarLifestyle speaks to fathers who are hands on in raising their kids. Happy Father’s Day to all dads, however you do it.

When Sah Henn-Wei learnt his wife Chew Sher Lyn was suffering from postpartum depression three years ago, he decided he needed to focus fully on his family. He gave up his partnership in an advertising agency to become a stay-at-home dad while Chew continued to work as an insurance agent.

“Sher Lyn was fragile and vulnerable after our first child, Arabella, was born. Things became even more overwhelming when Sher Lyn discovered she was pregnant with our second child when Arabella was just nine months old,” recalls the 35-year-old Sah.

Quitting his job to look after Arabella and Charles was the right thing to do for Sah. Photo: The Star/Faihan Ghani.

Becoming a full-time stay-at-home dad was a tough decision to make, but Sah knew something had to give.

“My wife found it tough having to juggle between motherhood, work and being pregnant so soon. The stress was too much for Sher Lyn and I knew it was time to step in,” explains Sah, who nevertheless found himself struggling on an unfamiliar turf.

He was soon consumed and sometimes overwhelmed by the responsibility of raising his baby, caring for his wife and managing their home.

“Being a stay-at-home dad is no joke. I’m forever on my toes, either cleaning up after my children’s mess, preparing their meals or reading storybooks to them. It has been a learning curve and I have total respect for all working mothers and homemakers,” says Sah

Their second child, Charles, is now three, and Arabella four. Sah is among the growing number of fathers who have opted to stay home to raise their children. This option enables stay-at-home dads to contribute to their children’s formative years while strengthening the family bond.

“I would never want to miss out on my children’s developmental milestones. Parenting isn’t about paternal or maternal instincts. It boils down to taking on the responsibility to raise children with love and care," shares Sah who received his fair amount of brickbats. But he was unperturbed.

To take on his new role, Sah turned to the Internet for help. With a few clicks, he can search for everything under the sun, ranging from parenting advice, health tips and recipes.

“The Internet is a wonderful source of information. Social media channels like Facebook and Instagram have lots of recipes which make cooking a breeze. I have also learnt how many ways to braid my daughter’s hair through YouTube tutorials,” says Sah.

Chew, 33, is grateful to have a supportive husband every step of the way.

“Henn-Wei is truly a blessing, especially when I was unwell. He helped me on my road to recovery and has been my pillar of strength,” says Chew.

To contribute to the family’s finances, Sah works from home as a freelance photographer and graphic designer. His current salary may be less now, but he has no complaints.

“Family comes first. it is more important to look after my family than striving hard to climb up the corporate ladder. Over the years, my wife and I have learned to tighten our belts and make financial adjustments. Instead of eating out regularly, we opt to eat at home. This helps us stretch out ringgit further while consuming healthier meals.”

The last three years have been filled with many ups and downs for Sah. Despite it all, they always look at the brighter side.

“I’ve learnt that parenting is a joint effort. My father played a huge role in raising my siblings and I too have followed in his footsteps. It is important for parents to share the responsibility to care for the children. I am a stay-at-home dad by choice and I wouldn’t want to change it for anything else.”

Putri Anees Kamellia, 20, and Putri Hanny Julia, 15, have always shared their secrets with their father, Ahmad Zemy Kamarulzaman, 53, for they trust him completely. It's a bond that was formed from young, and had stood strong.

“Abah listens intently and gives us sound advice without judging us. He is an excellent listener and great keeper of secrets,” says Putri Anees, a university student.

Ahmad Zemy chips in: “My daughters share close to everything with me. Some secrets are unknown by their mother. I want them to grow up being comfortable sharing everything with me, be it their studies, friendship to health matters,” says Ahmad Zemy, a logistics manager.

Ahmad Zemy does his share of household chores and teachers his daughter Putri Anees Kamellia how to cook too. Photo: The Star/ S.Kanesan

He thinks it is important for fathers to guide their children on the right path.

“Fathers play an excellent role to comfort and have heart-to-heart talks with their children. We make good communicators, sometimes better than mothers,” quips the father-of-two.

Ahmad Zemy grew up in the 1970s, a time where fathers were viewed as the authoritative disciplinarians. Back then, fathers rarely communicated with their children, just like the idiom, ‘children should be seen, not heard’.

But Ahmad Zemy didn’t want his children to have the relationship he had with his father.

He consciously set out to build a rapport with his daughters. He engages with them daily and spends the weekends taking them for family outings such as shopping,watching movies and nice meals.

“It is essential for children to talk freely with their parents. If you are not open with your children, how are you going to guide them? It is important to set them in the right path to enable them to grow up as independent and caring citizens.”

Ahmad Zemy and his wife Putri Mariatul Kabtiah share a close bond with their daughters. Photo: The Star/ S.S. Kanesan

His wife, Putri Mariatul Kabtiah Megat Abdul Aziz, runs a trading business. It's hectic for her to juggle between her business, family and other responsibilities.

To ease his wife’s burden, Ahmad Zemy cooks, cleans the house and does the laundry. He also ropes in his children to help with the chores.

“There’s a common misconception that husbands are the breadwinner of the family while the parenting role falls solely on the mother’s shoulders. This mindset should change, as couples should work side by side to help one another,” says Ahmad Zemy, who learnt how to cook from his mother.

“No matter how busy or tired, parents should foster a close relationship with their children. Get the children involved in family activities. It can work wonders to create those precious moments of bonding.”

Love has no limits

As a senior flight attendant, Shaldon William De Cruz is always travelling. He is away from home a lot and has irregular work hours, and this can be tough on the young father eager to be an involved parent.

His biggest concern was missing out on his two-year-old son, Aeden Shaldon’s developmental milestones. And so far, he has missed out on Aeden’s first steps and his few words. Thankfully his wife, Natasha Marie Westwood managed to send over the video recordings via WhatsApp.

“Time is always an issue, given my busy work schedule. While Aeden is just two years and eight months, I do worry I will miss out on more of my son’s important milestones in his formative years,” says the father-of-one.

When he isn't flying, De Cruz's attention is on his son, Aeden. Photo: Shaldon De Cruz

Shaldon is however determined to as active as possible in raising his son.

When he isn’t on duty, he makes up for the lost time by spending quality time with his family. He also helps to do household chores to lessen his wife’s load.

“As my wife and I both work, we try to help each other out whenever possible. It can range from simple tasks like washing the dishes, cleaning the house or looking after Aeden.”

He wants to be a hands-on dad and it's not just because he is from an enlightened younger generation with a different take on parenting.

It's because Shaldon has a role model he looks up to and wants to emulate.

He grew up in a home where his father helped with household chores.

To him, doing household chores and caring for his son are all part and parcel of being a husband and dad.

During his off days, he helps to prepare meals for the family and makes it a point to read and play with his son.

“Although my father was the sole breadwinner in the family, he always lend a hand with cooking or running errands. Sharing responsibilities is important between couples as it shows everyone is on the same team to raise a loving family.” - Additional reporting by Nur Izzaty Shaifullizan and Amielia Karim

These Malaysian fathers are doing it all to raise a family 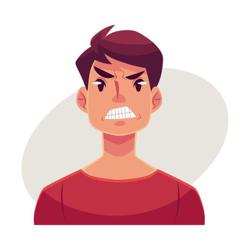 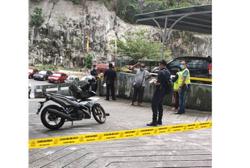 Student and boyfriend held over death of newborn