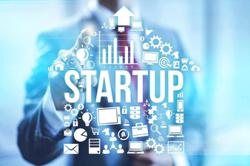 U3A is a place where people get together and learn and share their experiences and expertise to keep themselves (feeling) alive, says Shuib Dahaban, president of U3A Kuala Lumpur and Selangor.

Want to learn how to play the Gamelan? Or learn photography, how to cultivate a herbal garden or paint? Well, if you are above 55, these classes (and many more) are at your disposal – for a minimal sum – at the University of the Third Age (U3A) Kuala Lumpur and Selangor.

Part of a Lifelong Learning for Older Malaysians project by Universiti Putra Malaysia’s Institute of Gerontology, U3A enables senior citizens to go back to university without the worry about cramming for examinations or submitting assignments on time.

The emphasis is on “learning for leisure”, to provide opportunities for retired and semi-retired people to get together to continue their educational, social and creative interests in a friendly and informal environment.

“U3A is not a university in the conventional sense of the word. It’s a place where people get together and learn and share their experiences and expertise to keep themselves (feeling) alive. We want to change the perception most people have of warga emas – old people who are slow, walk with a cane and need assistance in their daily lives.

U3A is a place where people get together and learn and keep themselves (feeling) alive, says Shuib.

“We want to wipe off these stereotypes. We want to provide a place for an 86-year-old who is active and still wants to learn a new skill or share his or her expertise,” says Shuib Dahaban, president of U3A KL and Selangor.

The courses offered by U3A are all geared towards keeping seniors healthy, active and productive, he says. These would include classes like qi gong, swimming, dancing, herbal gardening, guitar, computer and Information Technology, Art and many more.

“The idea is that these seniors would be able to go back to their communities and practise or even share what they had learnt with others or encourage older adults to do the same. This will also change the perception among youngsters about seniors. Just because we are old, it doesn’t mean we must stop learning,” says Shuib.

U3A has been offering courses for seniors since 2007. It was initially targeted at senior citizens in the Hulu Langat and Kajang areas – the areas closest to UPM – but over time, more and more people started finding out about the programmes and now there are students who travel from all over the country to attend the courses.

The courses are divided into seven streams: exercise, language and communication, religion and culture, art and craft, living skills, agriculture and adult development. In total, there are about 40 courses offered.

“There is a wide range of courses and they are all based on what seniors are interested in. For example, for language we have Mandarin, Japanese and Korean. It’s also because many seniors watch Korean dramas and like to learn the language,” explains Nor Rokiah Abdul Aziz, who is the person in charge of the curriculum.

Shuib says proudly that some U3A “graduates” have even taken what they have learnt and started their own business.

Courses offered at U3A are carefully curated to cater to the interests of older adults.

“We collaborate with other organisations in offering some courses. For example, we work with community colleges and offer courses in baking, cooking or pastry making and some of the students from these courses have gone on to start a business.

“Even in retirement, senior citizens can remain productive and active. This is important because older people who are active tend to have less health problems ... so actually, this programme is a great asset to the country,” he says.

U3A also provides a chance for retirees to network and socialise with people in their own age group which is something many seniors don’t have the luxury of doing.

“Nothing is more important than an old person getting the opportunity to socialise with another old person. Most older people, even if they live with their family members, don’t talk much. They become lonely and loneliness will lead to anxiety, forgetfulness and many other diseases.

“So we are trying to prevent this from happening,” says Shuib.

U3A KL and Selangor will be having an Orientation Day tomorrow at the Bangunan Timbalan Canselor at UPM for new members who want to sign up for courses. Registration is open until Feb 28. To find out more about U3A, go to their Facebook page (https://www.facebook.com/U3AMalaysia/) or call 012-330 0819. 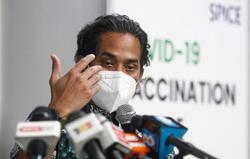