Nosebleeds in children and the necessary evil of air-conditioning

In this country, perhaps the biggest reason leading to nosebleeds in children is the dry air induced by air-conditioning.

Among the most common reasons parents bring their child to consult an ear, nose and throat (ENT) surgeon is blood coming out from the nose.

Some people mistakenly think the medical term “epistaxis” refers only to profuse bleeding from the nose, but it really accounts for any amount of blood, whether it’s mixed scantily with mucous, spotty bleeding of a few drops or a heavy flow akin to an open tap.

In the hospital setting, bleeding from the nose in children is either the consequence of an underlying disease or due to instrumentation of the nose.

Dengue haemorrhagic fever, where platelet levels have plummeted, often results in bleeding from the nose, as well as other orifices. Platelets help to plug leaks in blood vessels to stop bleeding.

Likewise, children with low platelets as a result of chemotherapy or leukaemia, may have nosebleeds too.

Similarly, children who are haemophiliacs or on anticoagulant drugs may also bleed from the nose.

The most common in-hospital cause of nosebleeds in children is the nasogastric tube rubbing against inflamed mucosa inside the nose.

Nasogastric tubes are inserted in intensive care units or wards for children who have difficulties with oral swallowing or are malnourished and need added nutrition delivered quickly.

Let’s move on to the vast majority of children with nosebleeds who present to the outpatient clinic.

Parents bring these children to the clinic due to two concerns: Fear of a growth inside the nose, and for fear of non-stop bleeding leading to exsanguination. Both scenarios are, fortunately, exceptionally rare.

Firstly, the worry over cancers of the nose. These are common in Malaysia, with the most common being nasopharyngeal cancer.

This cancer is common in adults over age 40, and should not be assumed to be confined to certain ethnic groups. It does occur in young children, but the incidence rate is exceedingly low.

Secondly, the possibility of exsanguination or bleeding to death. High velocity head trauma resulting in fractures of the facial bones and base of the skull may result in bleeding (like a kitchen tap turned on full blast).

But in the absence of such trauma, bleeding from the nose will stop, unless the child is a haemophiliac.

Usually, bleeding may be light spotting to heavy bleeds, but almost always the blood will clot and cease to flow out.

The overwhelming cause of bleeding from the nose in children, more than 99%, is from the front part of the nose. Commonly, it is from the Little’s area of the septum of the nose. (“Little” refers to the doctor who lent his name, not small in size).

Bleeding from this area may vary from very light spotting or blood mixed with mucous, to heavy/torrential/copious and everything in between.

It may occur infrequently once every few months to as frequently as a few times a day. Heavy, clumped-up blood or blood clots may accompany the liquid blood.

So, why does this area of the nose bleed so easily and frequently?

A few factors come into play. Firstly, this area is richly supplied by many blood vessels.

Secondly, being the front part of the nose means it is within reach of nose-picking fingernails.

Children often have no embarrassment about korek hidung that adults have (at least those with aspirations of politeness).

Thirdly, inflammation of the mucosa of the nose makes the lining and the blood vessels swell, rendering them more susceptible to rupture, just like how a latex rubber balloon that is blown up to its maximum volume will burst when pricked.

Infection with viruses or bacteria – the common cold or bacterial sinusitis respectively – is one form of inflammation.

The other cause is allergic rhinitis, affecting about one-third of the population to various degrees.

The fourth factor is dryness of the air. The front part of the nose is the driest part relative to the back of the nose, as the mucosa of the nose serves to moisten the air that we breathe in.

Dry air makes mucous crust up quicker, adhering to the lining and ripe for nose-picking fingers to prise away, causing small tears and bleeding.

Patients often report of nosebleeds after flights as the cabin air can be very dry, or when taking holidays in countries with tempe-rate climates where the air is not as moist as in our humid climate.

Is an air-conditioned room bad?

In Malaysia, perhaps the biggest reason leading to nosebleeds in children is the dry air induced by air-conditioning.

Not only does it make it the room air dry, but dust and other allergens also get trapped in the filters. (When was the last time you changed and cleaned the filters?)

The result is not only dry air, but also worsened allergic rhinitis – both factors in aggravating the chances of nosebleeds from the Little’s area of the nasal septum.

Compared to a couple of generations ago, when air-conditioning was a luxury afforded by a few, nowadays, the ubiquity of air-conditioning in cars, buses, trains, schools, shopping malls and in many middle-class homes makes it something that we take for granted.

The current generation of children do not know life without the internet and air-conditioning.

There are anecdotes of toddlers who can turn on the air-conditioning remote control even before they know their ABCs. Their chances of getting nosebleeds are definitely higher.

Pessimism aside, there are simple steps to control and prevent nosebleeds.

There are confusing messages about first aid measures to control acute bleeding. Steps like lying down, looking up, pinching the top, bony part of the nose and ice-packs are either wrong or unnecessary.

The correct method is pinching the soft, lower part of the nose, looking down while seated upright with mouth breathing.

After one minute, the nose can be released and most cases of bleeding stopped. A few more attempts of nose-pinching may be employed for recurrent bleeding.

There are two factors that can be ameliorated, namely, allergic rhinitis and dryness.

Children can be given antihistamine medications and have petroleum jelly, for example, Vaseline, applied to the nose to reduce dryness.

Stuffing the nose with cotton gauze ribbons or cauterisation of the bleeding vessels need only be employed in extreme cases of life-threatening bleeding or nuisance daily bleeds. Such scenarios are indeed very uncommon.

Nosebleeds in children and the necessary evil of air-conditioning 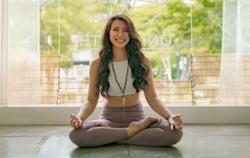 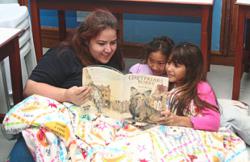