'The Last Of Us' review: It will grow on you like a fungus

'This escort job is way cushier than my last one. I don't have to wear that helmet all the time, and you don't have frog legs sticking out of your mouth.' – Photos: Handout

Bonding over individual grief, the drive to survive and some of the most groan-inducing puns ever concocted, the principal characters of The Last Of Us – HBO's latest epic series and its first based on a video game – will win your heart as quickly as a certain spacefaring bounty hunter and his tiny Force-adept charge.

The journey to the screen for Naughty Dog's smash 2013 game has not been easy, with aborted film adaptations, pandemic-related delays, casting controversies and more.

But here it is at last, for all of us, including this reviewer who has never played the game, to enjoy – courtesy of the game's writer/director Neil Druckmann and Chernobyl showrunner Craig Mazin, giving it undeniable "street cred" across both mediums.

With no ties to the game, or any preconceptions about the look of the characters or how things should play out, I found the adaptation quite riveting – enthralling and heart-rending by turns and sometimes both at once.

The setting is familiar, as I was lucky enough to catch the terrific 2016 post-apocalyptic horror movie The Girl With All The Gifts on its brief theatrical run here.

Both The Girl With... and The Last Of Us tell of a world ravaged by cordyceps fungal infections – look up "killer fungus" on YouTube and say goodbye to pleasant dreams forever.

'Trust me, boss, Joel will be hiding out right here. I know, cos I used to be him.'

The (thankfully fictional) people infected by this strain of cordyceps are driven by a singular impulse, to spread the infection so that the parasitic fungus can thrive. So they're something like zombies, just less self-centred.

And inevitably, a world overrun by such beings would also be very familiar to viewers as well, thanks to, you know – that other show.

The Last Of Us tells of Joel (Pedro Pascal), a smuggler, who is tasked with escorting a 14-year-old girl named Ellie (a luminous Bella Ramsey) through a ravaged and dangerous land to a science facility because she may hold the key to saving humanity.

Typical of stories where lawlessness reigns, "humanity" does not always make a good case for its salvation here. Too late, the adventurers realised they had strayed onto the set of M. Night Shyamalan's 'The Happening II'.

The Last Of Us does not shy from thrusting the worst of man's frailties into the spotlight, even among its leads, and sometimes almost revels in the bloodletting they are forced to inflict just to survive.

Yet amid the horror – sometimes so understated that it hits your gut even harder when the realisation sinks in – there are also moments of palpable tenderness and compassion that help us appreciate this unlikely duo's journey that much more.

Pascal and Ramsey play off each other to winning effect, their characters distrustful of one another initially and, occasionally, even after they come to terms.

The actors create believable exteriors for Joel and Ellie that we know are masks for the characters' real feelings, allowing these to show through the subtlest of looks or gestures. And to let us know that they're really a couple of good sorts, just with plenty of blood on their hands.

Well-positioned flashbacks, some concise and others stretching almost a full episode, effectively flesh out Joel and Ellie's respective histories with a strong bearing on their present.

Side characters (and creatures) from the game show up, some with expanded roles and others, well, modified for smoother storytelling and to keep things fresh.

So while those who have played the games may think they know what happens next, I suspect they will be kept on tenterhooks throughout, together with the newcomers.

Like the best post-apocalyptic sagas, The Last Of Us offers spectacle, shocks, encounters with the infected and gore aplenty, with no small measure of thought-provoking moments that neatly synch the characters and viewers' introspection.

Not forgetting tragedy and moral dilemmas, of course. The former is an integral part of the package, and the showrunners certainly do not keep it waiting in the wings only to spring it on us many episodes down the line.

At least the frequent battering that the principal characters' – and viewers' – hearts take throughout the show play a big part in tackling the tough moral predicaments that drop in their laps seemingly without let-up.

This old genre fan was quite tickled to realise that the solution to a really torturous quandary could well have come right out of the Snake Plissken playbook. Welcome to the human race, fungus-heads.

The Last Of Us makes its debut on HBO GO and HBO (Astro Ch 411) on Monday (Jan 16), with new episodes arriving weekly.

The girl with all the grit.

'Criminal Minds: Evolution' review: A welcome return for the BAU

The Last Of Us , HBO 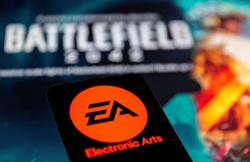 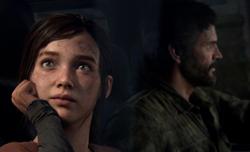