It's a good thing you're wearing red, Santa, cos that blood is never gonna wash off. – Photos: UIP Malaysia

Sometimes the holiday season can just be a little too sweet. It’s why stories like How the Grinch Stole Christmas endure, or movies like Bad Santa find success – not everyone wants to gulp down saccharine sentiments at Christmastime.

Enter Violent Night, in which David Harbour plays a murderous Santa Claus. Borrowing heavily from Die Hard and Home Alone (both of which are name-checked), and utilising every Christmassy saying and pun, throw in some extra bloody kills, and voila: a holiday actioner for the gore-hounds.

This is a star vehicle, or rather, a sleigh, built specifically for Harbour, who gamely commits to the performance, and is probably the only actor currently working in Hollywood who could pull this off. The result is amusing enough, but it’s as cinematically substantive as a sugar cookie.

References and riffing are fun, but in Violent Night, it feels like we can see the mechanics of the gears cranking, like watching the math done on screen, which saps the bonkers fun that might have been had here. 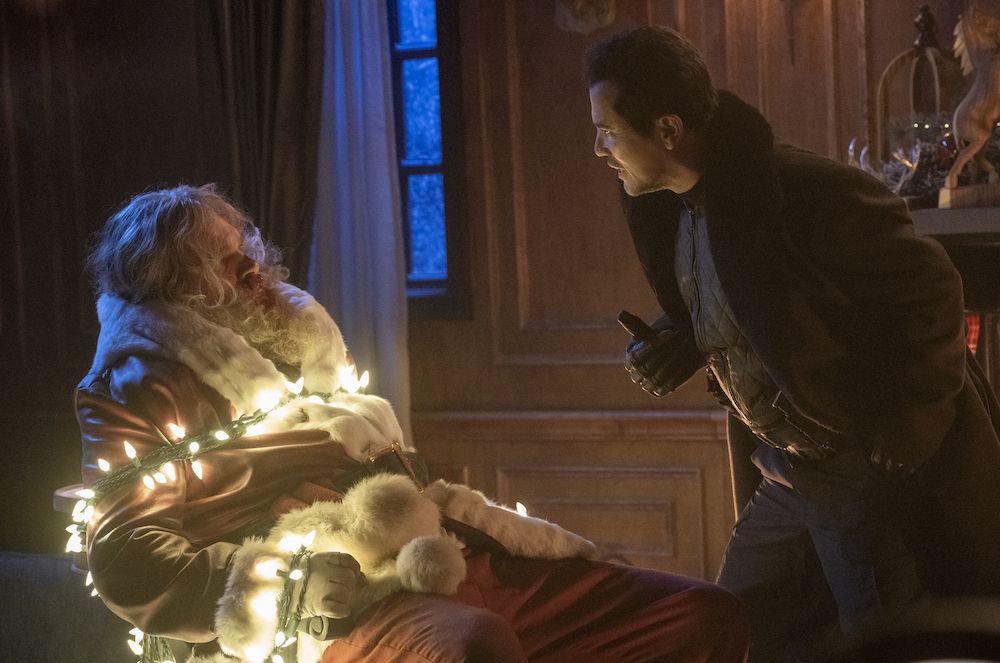 Are you going to just stand there staring at me or are you gonna help me untangle these Christmas lights?

During the first act setup, we get to know our boozy Santa, who is filled with holiday ennui and cynical about the capitalist consumption of Christmas. After a stop at a pub in Brighton, England, he ends up stranded at the wealthy Connecticut compound of the Lightstone family, a monstrous bunch of oil billionaires, with one sweet, Santa-loving kid, Trudy (Leah Brady).

A group of holiday code-named criminals led by “Scrooge” (John Leguizamo) infiltrate the Lightstone Christmas Eve festivities, and proceed to hold them all hostage with the intent of making off with the US$300mil in the basement, until Santa and Trudy go all John McClane and Kevin McCallister on them.

There are a few inspired moments, punchy jokes, and Wirkola keeps the camera moving, but the scenes keep cutting away from the action, and the pace drags, which is a bit odd for such a slight, sub-two-hour action movie.

You keep waiting for things to get a little more wacky and weird, but there’s a wild-card element that’s missing from this killer Santa movie, which just feels very by the numbers. 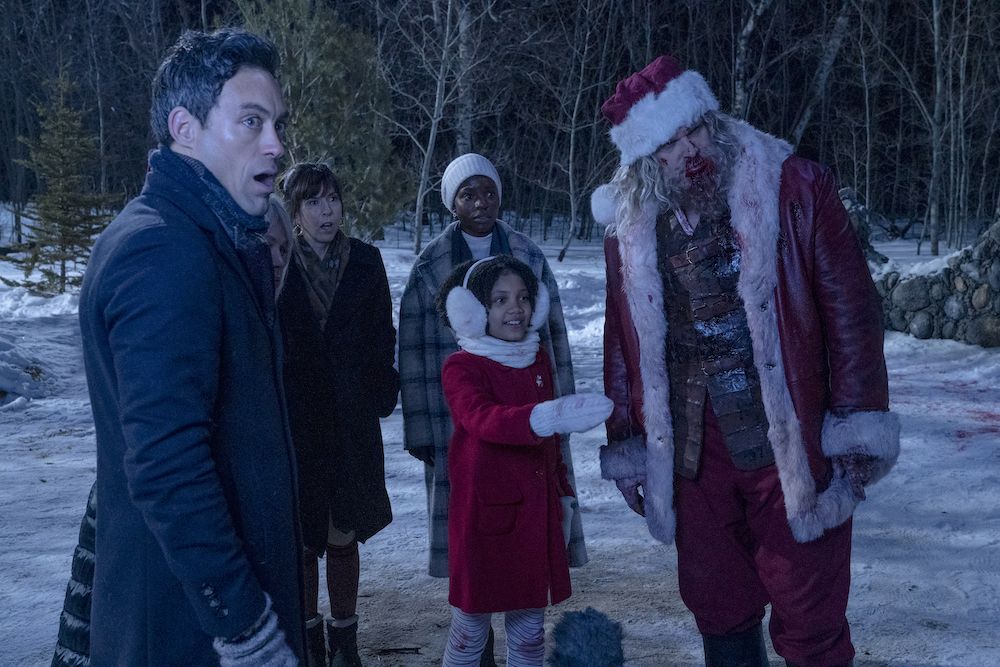 We cannot believe you just did all that, Santa.

Perhaps it’s the need to preserve all the heartwarming stuff, even though it is somewhat hard to buy that a child who kills bad guys with booby traps manages to remain on the Nice List.

Santa himself is given a bit of interesting backstory, but there’s just not enough of it. Harbour and Leguizamo are great together, especially when they’re arguing about the meaning, or validity, of Christmas.

Ironically enough for a story about Santa growing weary of greed, Violent Night wants to have it all – the blood, the foul-mouthed humor and the happy holiday ending about the true meaning of Christmas.

Without committing to a tone, it all cancels each other out in the end. At least Bad Santa had the nerve to go all the way naughty. Violent Night tries to be both naughty and nice, and as it turns out, when it comes to those lists, it’s either one or the other. – Review by Katie Walsh/Tribune News Service

Can't decide whether it wants to be naughty or nice, and ends up being neither. 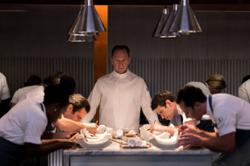