What is the longest movie ever made? Even the answer to that question is not short

'Titanic' boasts a runtime of three hours and 14 minutes, but it is nowhere near the longest film. Photo: Handout

Filmmaking has been around for over a century. During those years, hundreds and thousands of movies have been released, both short and lengthy.

From the 2013 Oscar-nominated animated short Fresh Guacamole to the over three-hour epic romance Titanic, films can run for any given amount of time.

Some of the shortest films, such as Fresh Guacamole run for less than two minutes. On the other side of the coin, there are movies that span over 24 hours, according to IMDb.

But what is the longest film ever made?

There can be different answers to this question depending on what source you consult.

Guinness World Records says the longest film ever made is The Cure For Insomnia released in 1987. The 85-hour experimental film was directed by John Henry Timmis IV.

It was played in its entirety Jan 31 to Feb. 3, 1987 at the The School of the Art Institute of Chicago, according to Guinness World Records.

The film does not have a distinct plot and features "L.D. Groban reciting his own poem of 4,080 pages, interspliced with X-rated film footage and rock music videos," according to IMDb.

However, IMDb cites Logistics, directed by Daniel Andersson and Erika Magnusson as the longest film by running time. The Swedish film was released in 2012 and spans 857 hours, or 35 days and 17 hours.

Is Titanic the longest movie?

Though the iconic movie starring Leonardo DiCaprio and Kate Winslet boasts a runtime of three hours and 14 minutes, according to IMDb, it is nowhere near the longest film.

Many other cinematically released films beat the James Cameron classic, such as 1963 historical drama Cleopatra starring Elizabeth Taylor and Richard Burton, which has a runtime of four hours and three minutes, according to Turner Classic Movies.

What is the longest Disney animated movie?

Fantasia, released in 1940, is the longest Disney animated film, according to Guinness World Records.

With a runtime of 124 minutes, or two hours and four minutes, it is the longest in Disney's animated catalogue, and the only one with a running time of over two hours, says Guinness World Records. – USA Today/Tribune News Service

Shah Rukh Khan recalls painful acupuncture on his private parts: 'Most humiliating experience of my life' 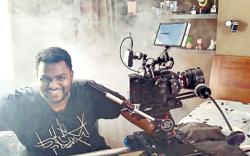