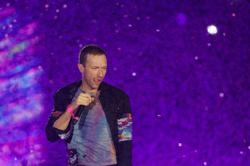 In an Instagram post Tuesday (Oct 4), the band announced that Martin had been ordered by his doctor to rest due to a “serious lung infection.”

“With deep regret, we’ve been forced to postpone our upcoming shows in Rio De Janeiro and Sao Paulo until early 2023,” the statement read.

“Due to a serious lung infection, Chris has been put under strict doctor’s orders to rest for the next three weeks. We’re working as fast as possible to lock in the new dates and will follow up with more information in the next few days.”

The British pop group was in the middle of the South American leg of its Music of the Spheres world tour to promote its ninth studio album of the same name. Coldplay’s most recent performance was in Santiago, Chile, on Sept 24.

The band addressed potential ticket issues, while emphasising that Martin’s long-term health was of the utmost importance.

“To everyone in Brazil who was looking forward to these concerts, we’re extremely sorry for any disappointment and inconvenience, and we’re so grateful for your understanding at this challenging time where we need to prioritise Chris’ health,” the band’s statement said.

“Please hold onto your tickets as they will be valid for the new rescheduled dates. These will happen in early 2023 and will be announced very soon.

“However, we will also honour all requests for ticket refunds – which will be available at the point of sale. We’re optimistic that Chris will return to good health after the prescribed medical break and look forward to resuming the tour as soon as possible,” it added. “To everyone affected, please accept our sincere apologies, and thank you as always for your love and support.”

This isn’t the first time this tour has found itself in a vulnerable situation.

In September, Martin told the fan-run publication ColdplayXtra, that monetary concerns almost caused the group to cancel its world tour.

“It became financially stressful, which we hadn’t had before. We never really had a big financial crisis,” Martin told the publication. “This was the first time where there was a point where we couldn’t do the tour due to all the money stuff. But luckily we had some help and they saved the day and we did a few changes here and there. This tour was about trying new things and some of them work and some don’t. We are so lucky that we can survive and sustain losses and that’s OK.”

According to Coldplay’s website, the tour is scheduled to restart on Oct 25 at Estadio River Plate in Buenos Aires. Last month, the band announced that two of its 10 Buenos Aires shows would be broadcast to thousands of movie theatres in more than 70 countries on Oct 28-29. The special broadcast will be directed by Emmy-winning director Paul Dugdale. – Los Angeles Times/Tribune News Service 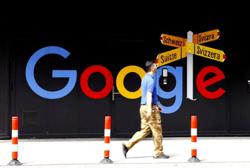