Ashton Kutcher says he developed a rare autoimmune disorder called vasculitis, which can cause inflammation of the blood vessels. Photo: TNS

Ashton Kutcher revealed that an autoimmune disorder took away his vision, hearing and ability to walk.

In a sneak peek of a new episode of Running Wild With Bear Grylls: The Challenge, obtained by Access Hollywood, Kutcher said he developed a rare autoimmune disorder called vasculitis, which can cause inflammation of the blood vessels.

“Like two years ago, I had this weird, super rare form of vasculitis that like knocked out my vision, it knocked out my hearing, it knocked out like all my equilibrium,” he said. “It took me like a year to build it all back up. You don’t really appreciate it until it’s gone.”

Kutcher added that he was “lucky to be alive”, while Grylls marvelled at his strength. Kutcher explained how he reframed the hardship as an opportunity to persevere and make the best of a bad situation.

“The minute you start seeing your obstacles as things that are made for you, to give you what you need, then life starts to get fun, right?” Kutcher explained. “You start surfing on top of your problems instead of living underneath them.”

Last month, Kutcher and B.J. Novak sat down with The Times to discuss their new project, Vengeance, the first marquee movie role for Kutcher in nearly a decade.

Novak stars as Ben Manalowitz, a pretentious New York writer who travels to rural West Texas to make a true-crime podcast investigating the overdose death of a former romantic hookup. There, Ben meets Kutcher’s Quentin Sellers, a record producer and self-styled cowboy philosopher who charms Ben with his perceptive musings about social media, storytelling and the deepening divide between red and blue America — before things take a darker turn.

“I’ve been running a big investment fund, investing in early-stage startup technology for like the last 15 years, and I was at a place, between that and running our nonprofit, where I kind of just lost the fun in acting,” Kutcher told The Times about his hiatus.

“Then this script came and it really embodied what I felt was the state of America right now, with one perspective on the coasts and another perspective in the middle of the country and both sides vilifying one another. I thought it was really beautiful.” - Los Angeles Times/Tribune News Service 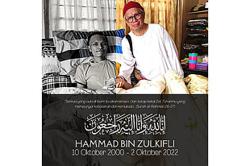