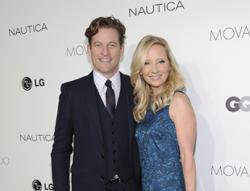 Anne Heche was in the hospital Saturday, Aug 6, 2022, following an accident in which her car smashed into a house and flames erupted. Photo: AP

Anne Heche is reportedly in “stable condition” following a car crash in Los Angeles on Friday (Aug 5) night that left her badly burned — and a witness amazed that she lived.

Heche, 53, remains in the hospital, a rep for the actress told People.

“Her family and friends ask for your thoughts and prayers and to respect her privacy during this difficult time,” the rep said.

The Daytime Emmy-winning actress was inside a blue Mini Cooper that crashed into a two-story home in Mar Vista, a neighbourhood on the Westside of Los Angeles, on Friday.

The crash was reported shortly before 11am., according to the Los Angeles Fire Department.

The incident caused the home to catch fire.

Witnesses say that the vehicle drove “almost all the way through” the house and caught fire “almost immediately.” One person managed to get into the back to the car and speak to Heche.

“We were having a hard time seeing and breathing,” Bernstein added, referring to the smoke that quickly filled the house, as a neighbor tried to remove Heche from the car.

“He [was] overcome by the smoke. So, he went to the back of the house to see if there was an alternative route, maybe we could get to her from the front of the vehicle,” Bernstein said, adding that the “smoke, even on the backyard was pretty darn intense”.

Heche was rescued by first responders and rushed to a hospital. She reportedly suffered burns and was intubated.

“We were just looking inside, going ‘How could you survive that?’” Bernstein told People. “Because we had a hard time breathing even outside of the house. “So, somebody was watching out over her, I guess. I mean, as seriously injured she may be.”

No other injuries were reported.

The cause of the crash remains under investigation. - New York Daily News/Tribune News Service 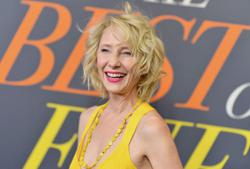