Cameron Diaz is 'Back In Action,' comes out of retirement to star in new film with Jamie Foxx

Cameron Diaz is known for films like 'Holiday' and 'Charlie's Angels'. Photo: Handout

Cameron Diaz is back!

After her last film appearance in 2014's Annie, Diaz announced her retirement in 2018. Now, Diaz will make her movie comeback in the upcoming Netflix film Back In Action, starring alongside Jamie Foxx.

"Cameron, I hope you aren't mad I recorded this, but no turning back now. Had to call in the GOAT to bring back another GOAT," tweeted Foxx, who co-starred with Diaz in the 2014 film Annie.

Foxx also revealed that production will begin later this year.

"I'm like pacing the room," Diaz said in the audio recording, expressing her nerves about returning to Hollywood. "I feel excited, but I don't know how to do this, you know?"

Foxx then surprised the Charlie's Angels star by calling Brady to help ease her concerns.

"I was talking to Jamie and he said you need a few tips on how to un-retire," Brady quipped. "I'm relatively successful at un-retiring."

Brady, who announced retirement in February before announcing he changed his mind in March, is set to star in Eighty For Brady, a film about a group of friends determined to go to the Super Bowl and meet the NFL icon, Brady himself.

On Wednesday, Netflix quoted Foxx's tweet, saying, "Cameron Diaz is officially un-retiring!! She will star with Jamie Foxx in a new Netflix movie – and we have an unexpected person to thank for getting her back in action..."

The action-comedy film will be directed by Seth Gordon (Horrible Bosses, Baywatch and The Lost City); Gordon will co-write Back In Action with screenwriter Brendan O'Brien.

Diaz spoke to RuPaul's Drag Race judge Michelle Visage on the podcast Rule Breakers in March and opened up about the mental health struggles that came with her career and fame.

"I am absolutely a victim to all of the societal objectifications and exploitations that women are subjected to. I have bought into all of them myself at certain times," Diaz said at the time.

"Fame is very infantilising. It's very much about keeping somebody coddled in a state of like, we see a little child and think, 'It's so cute, I want it to always be cute, and if I keep it cute by always treating it cute, maybe it'll stay cute forever.' And that's how people treat you."

In August 2020, the Bad Teacher actress spoke to Gwyneth Paltrow in a YouTube Livestream about how she found peace when she decided to leave acting.

"I got a peace in my soul, because I finally was taking care of myself," Diaz told Paltrow. "It's a strange thing to say. I know a lot of people won't understand it. I know you understand it." – USA Today/Tribune News Service 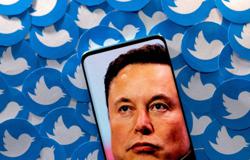