Jennifer Lopez (left) and Ray Liotta pose at an event to promote their TV show 'Shades Of Blue' on March 2, 2017, in New York City. Photo: TNS

Jennifer Lopez paid tribute to late actor Ray Liotta, remembering her Shades Of Blue co-star as "the epitome of a tough guy who was all mushy on the inside".

The 67-year-old Goodfellas star died Thursday (May 26) in the Dominican Republic and was saluted by colleagues, co-stars and fans.

Lopez, 52, shared the small screen with Liotta for three seasons in Shades Of Blue, the NBC police drama that ran from 2016 to 2018.

She played Brooklyn cop Harlee Santos, while he played her superior, Lt. Matt Wozniak, a character he once described as "a bisexual cop who's dirty." The pilot episode launched their narrative when Santos admitted to Wozniak that she was the rat who informed on him.

In her tribute on Instagram, Lopez shared a series of photos of them together and a clip from a touching scene between their characters in which Santos entrusts Wozniak to care for her daughter.

She reflected on the warm relationship Liotta had with her and her children on and off screen.

"Ray was my partner in crime on Shades of Blue ... the first thing that comes to mind is he was so kind to my children," the I'm Real singer wrote Thursday.

"Ray was the epitome of a tough guy who was all mushy on the inside ... I guess that's what made him such a compelling actor to watch. The original Goodfella. We shared some intense moments on set those three years!"

Lopez wrote that she was thrilled when she first heard that he took the job on Shades Of Blue and described when they started working together.

"[T]he first time we walked on set to do our first scene together there was an electric spark and a mutual respect and we both knew this was going to be good. We enjoyed doing our scenes together and I felt lucky to have him there to work with and learn from," she wrote.

"Like all artists he was complicated, sincere, honest and so very emotional. Like a raw nerve, he was so accessible and so in touch in his acting and I will always remember our time together fondly."

She added that "we lost a great today" and "it's so sad to lose you what seems way to soon ... I will remember you always." – Los Angeles Times/Tribune News Service 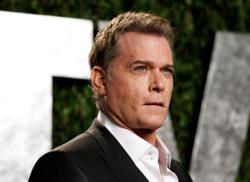