Animated caped hero Keluang Man is being revived for the big screen as a live-action film by Astro Shaw and Iconic Animation Studio.

Keluang Man is a Malaysian animated series that was on television in the late 1990s and early 2000s.

Created by Kamarudin Ismail, also known as Kamn Ismail, and Natashah Datuk Md Noor, the series premiered in 1998. It ran for seven seasons and has 140 episodes.

Keluang Man centres on Borhan, an ordinary man who turns into a crime-fighting hero at night. He is helped by loyal sidekick Tiong Man.

Although they do not have any superpowers, they are driven to help the innocent and punish the baddies.

Muhamad Firdaus Omar, director of Iconic Animation Studio, said in a press statement: “The Keluang Man brand has been in the local animation scene for 26 years, and it is still remembered and talked about by many fans today.

“We believe that many fans are anticipating the return of Keluang Man. In fact, the plan to adapt this animation into a film has long been in the works.”

He added that he’s thankful to be finally making this plan into a reality.

“Be sure to catch the return of Keluang Man soon,” he said. 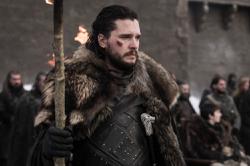