Bollywood stars Alia Bhatt and Ranbir Kapoor married each other in a low-key ceremony in Mumbai on Thursday (April 14).

Alia, 29 and, Ranbir, 39, have been dating for five years but have maintained a low-profile relationship, apart from occasional pictures on social media and rare appearances together.

The ceremony was held at the groom's house in the upmarket Mumbai suburb of Bandra. Guests were given strict instructions not to share pictures or videos from the ceremony.

"Today, surrounded by our family and friends, at home... in our favourite spot - the balcony we've spent the last five years of our relationship - we got married," Alia said in a social media post.

Alia's last Bollywood release in theatres, Gangubai Kathaiwadi, made more than 2 billion rupees (RM111mil) at the box office after its release in February.

Both she and Ranbir come from film families and several Bollywood actors including Kareena Kapoor attended the ceremony. – Reuters 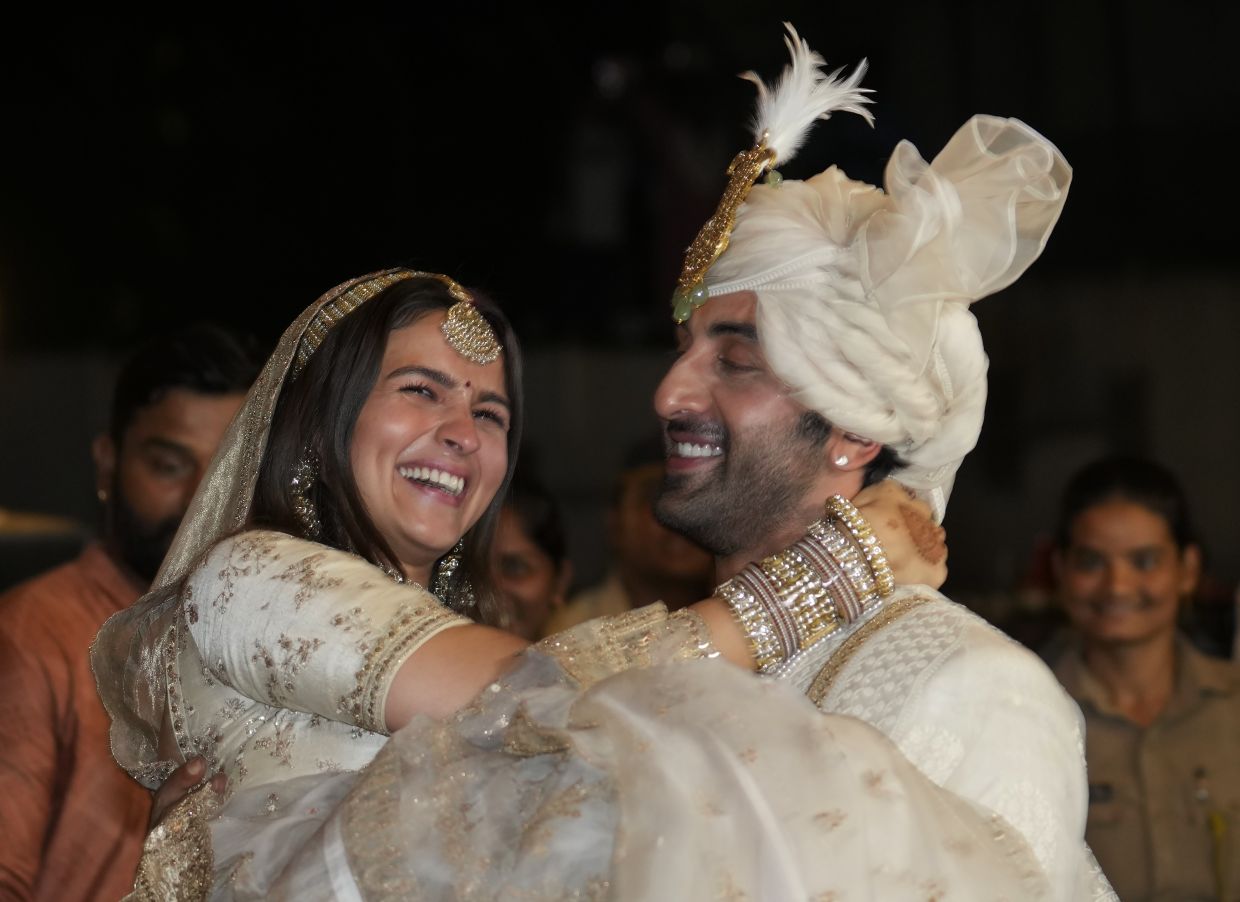 Congratulations to the newlyweds.

Actor Simu Liu thanks boss who fired him 10 years ago: 'I owe my life to being let go from a career I hated'

5 lavish celebrity weddings which cost millions, from the Beckhams to the Songs