Yvette Mimieux, star of 'The Time Machine', 'The Black Hole', dies at 80

Mimieux, who had just celebrated her birthday Jan 8, died in her sleep of natural causes. Photo: Christopher Simmons Collection/Instagram

Actress Yvette Mimieux, who starred in movies including Where The Boys Are, The Time Machine, Light In The Piazza, Toys In The Attic, Dark Of The Sun and The Picasso Summer, died Tuesday (Jan 18).

Mimieux, who had just celebrated her birthday Jan 8, died in her sleep of natural causes, Deadline reported.

The beautiful blonde Mimieux made most of her films in the 1960s, but she was also among the stars of Disney's 1979 sci-fi film The Black Hole.

The actress tried series television with The Most Deadly Game in 1970-71,

She appeared on The Love Boat a couple of times, co-starred in a Perry Mason movie in 1990, and made her last screen appearance in the 1992 NBC TV movie Lady Boss.

Yvette Carmen Mimieux was born in Los Angeles; her father was French and her mother Mexican.

Mimieux was married to film director Stanley Donen from 1972 until their divorce in 1985.

'Be My Baby' singer Ronnie Spector dies at 78 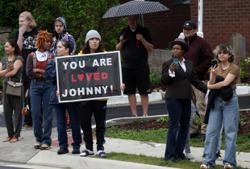