A cause of death was not immediately available. Photo: Jordan Cashmyer/Instagram

Jordan Cashmyer, who was featured on MTV's 16 And Pregnant in 2014, died in Maryland, the United States, on Sunday (Jan 16).

News of Cashmyer's death was shared by her stepmother, Jessica Cashmyer, through a post written on the Facebook account of the Dennis M. Cashmyer Jr., her husband and Jordan's father.

A cause of death was not immediately available.

"My oldest beloved daughter, Jordan has passed away, she was only 26 years old," Jessica Cashmyer wrote on Facebook.

"Our hearts are truly broken. No parent should ever have to go through losing a child, ever. Please keep my family in your thoughts prayers as we navigate through this terrible tragedy."

Cashmyer was featured in a 2014 episode of MTV's 16 And Pregnant, alongside her family and then-boyfriend Derek Taylor.

Cashmyer's segment documented her struggles with securing employment and experiencing homelessness as a pregnant woman after being disowned by her family, as her parents did not approve of her relationship with Taylor.

The young mother later signed over custody rights on a temporary basis to Taylor's mother in 2015.

Cashmyer was arrested for drug possession in 2017, though she had directly confronted her struggle with addiction since the incident.

In Jan 2021, Cashmyer shared photos from a party being held by her and her friends to celebrate a year of sobriety.

"Please understand and respect our privacy at this time," Jessica Cashmyer wrote.

"We are surrounded by the love and support of our children, grand daughter Lyla and family members." – Reuters 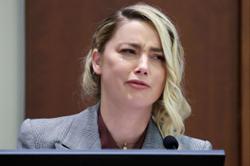