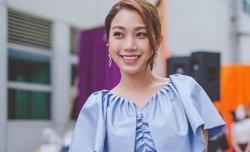 Namewee shares a photo of himself in a mask at the Kuala Lumpur International Airport. Photo: Namewee/Facebook

Taiwan-based singer Namewee, who returned to Malaysia to celebrate Chinese New Year, says that an arrest warrant against him has been lifted.

In a post on Facebook and Instagram on Tuesday (Jan 11), the 38-year-old shared a photo of himself in a mask at the Kuala Lumpur International Airport.

"Hi Malaysia. Finally back to (my) homeland. Long time no see," he wrote in a mix of English and Chinese, adding that he realised as he cleared customs that the "international arrest warrant" against him had been lifted.

"Oh yeah, I finally won't have to face arrest," he said, likely referring to the police report lodged against him in December 2020 over his film Babi. The controversial 2020 movie is about racial tension and hate speech.

Last March (2021), Namewee, whose real name is Wee Meng Chee, was flagged by the Malaysian authorities upon his return from Taiwan and taken to the airport's police station for questioning.

He remained in Malaysia until July, but the matter remained unresolved when he returned to Taiwan to continue working on projects. He put out the hit song Fragile, a biting satire on China which saw him being blacklisted there in October.

Besides celebrating Chinese New Year with his family in Malaysia, he is also promoting his latest movie, Nasi Lemak 1.0, which he directed and starred in.

This is a follow-up to his 2011 low-budget movie Nasi Lemak 2.0, which was a surprise hit, and will see him reprising his role as a chef who tries to revive his failing restaurant.

Nasi Lemak 1.0 will be released in Malaysia, Brunei and Singapore on Jan 27. – The Straits Times/Asia News Network 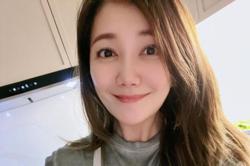