What is the #BettyWhiteChallenge? Here’s how you can honour the TV icon on her birthday

Fans of iconic actress Betty White are coming up with ways to honour her on what would have been her 100th birthday.

White, whose illustrious TV career included roles on Golden Girls, The Mary Tyler Moore Show and Hot In Cleveland, died Dec. 31 at 99 years old. The death was shocking, as many were planning on celebrating her milestone birthday on Jan 17.

But the celebrations will continue. Here are some ways to remember the beloved Hollywood legend.

The unofficial Betty White Challenge was spawned as a way to support one of White’s favourite causes – animals.

“For nearly a century, Betty White has been a tireless and devoted animal welfare advocate and we are proud to have known her for 70 years – longer than any other supporter in our history,” Dr Robin Ganzert, American Humane president and CEO, said in a statement.

In 2017, White received the Smithsonian’s National Zoo and Conservation Biology Institute’s James Smithson Bicentennial Medal for her “commitment to wildlife and efforts to create a sustainable planet".

Some animal advocates, including the Heart Of Phoenix Equine Rescue and the Shepherd Help And Rescue Effort, have said they would be honoured to accept donations in White’s memory and honour. 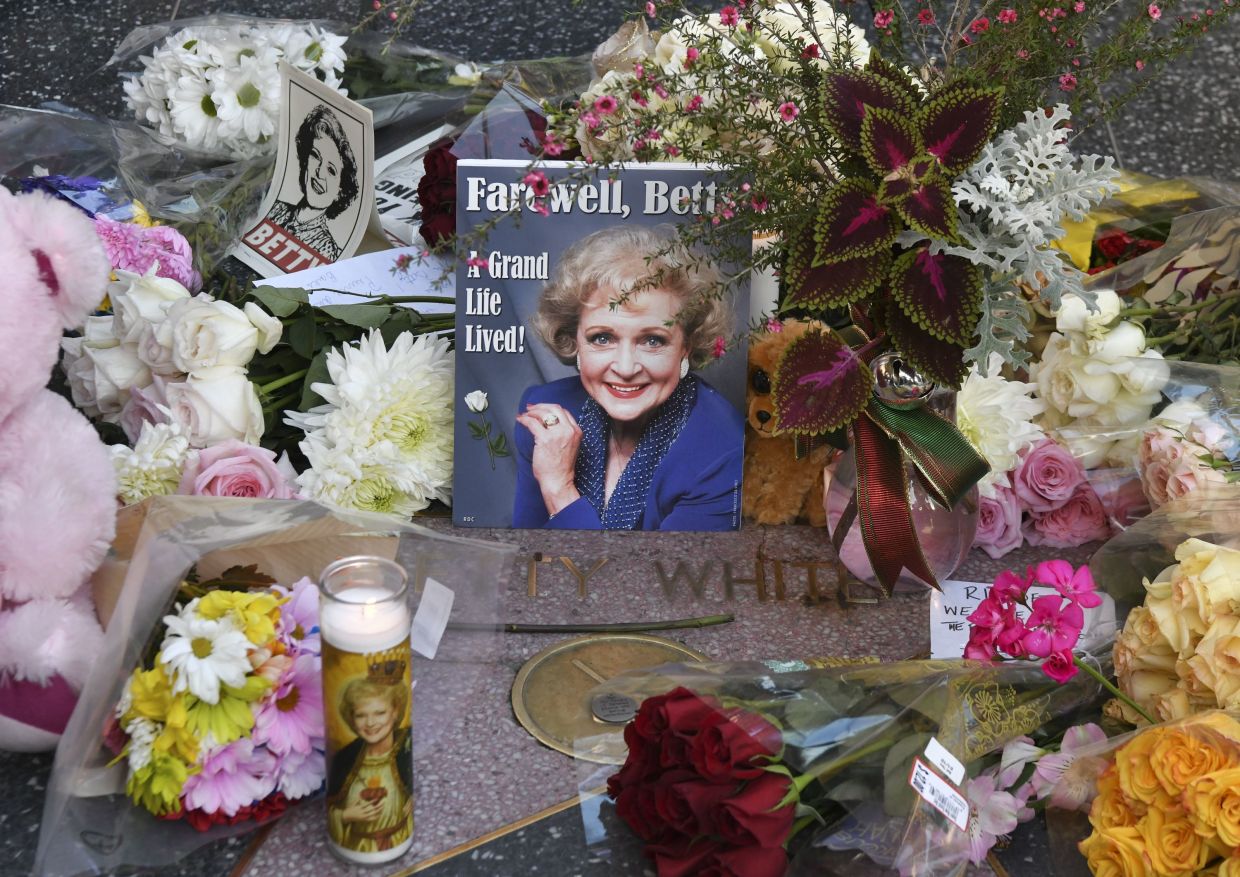 Flowers and momentos are placed on the Hollywood Walk of Fame star of late actress Betty White on Dec 31, 2021 in Hollywood, California. Photo: AFP

Originally planned before White died, a one-day only special will come to the movie theatres in the United States on Jan 17 to honour White.

“We will go forward with our plans to show the film on Jan 17 in hopes our film will provide a way for all who loved her to celebrate her life – and experience what made her such a national treasure,” the movie’s producers said in a statement. – The Charlotte Observer/Tribune News Service