On Sunday (Nov 28), the 35-year-old posted four photos with her boyfriend Bader Shammas and wrote: "My love. My life. My family. My future."

She was full of smiles as she showed off her engagement ring.

Lohan, who made her name playing twins in the romantic movie The Parent Trap (1998) and rose to stardom with the teen comedy Mean Girls (2004), has kept a low profile in recent years after previous highly publicised personal and legal problems.

Her relationship with Shammas has been kept largely under wraps. They have reportedly dated for two years.

According to American media, Shammas is an assistant vice-president at an international wealth management company based in the United Arab Emirates.

He reportedly met Lohan in Dubai, where she has been living the past seven years.

Lohan was previously engaged to Russian businessman Egor Tarabasov before they broke up in 2016.

It was announced in May that she will be acting in a Netflix Christmas movie scheduled for release in 2022. – The Straits Times/Asia News Network 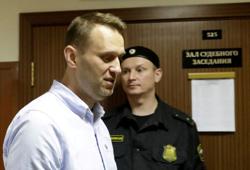