After taking a brief weeklong hiatus from Instagram, Britney Spears returned to social media by posting celebratory images of her weekend away with new fiance Sam Asghari on Monday (Sept 20).

“Some shots from my weekend getaway to celebrate my engagement with my... holy s—... FIANCE,” she captioned the two photos of herself. “I still can’t believe it !!!! I couldn’t stay away from the gram too long so I’m back already.”

Last week, the pop star announced she would be “taking a little break” from social media to mark her engagement.

Asghari proposed to Spears on Sept 12.

When Spears and Asghari tie the knot, it will mark the third marriage for Spears. She was previously married to childhood friend Jason Alexander in 2004 and Kevin Federline, with whom she shares two children before the couple filed for divorce in 2006.

In related news, Spears has asked a judge to end her father's guardianship at a hearing next week so that she can get married with a prenuptial agreement, a petition filed by her lawyer said on Wednesday (Sept 22).

The US pop singer, who has described the controversial 13-year arrangement that gives Jamie Spears control of her affairs as "abuse", recently announced her engagement to boyfriend Asghari.

Jamie Spears filed a petition last month for Britney's conservatorship to be ended, saying he acknowledges the singer now "believes that she can handle her own life."

According to the filing on Wednesday, Britney is "in the process of engaging a family law attorney to craft a prenuptial agreement," which would require the approval of any conservator still in place.

"Given that Ms Spears' relationship with that Conservator (her father) is broken, Mr Spears' continued involvement would impede the ability to negotiate and consummate a contract that all can agree is in Ms Spears' best interests," it states.

The petition calls on the Los Angeles court judge to "suspend Mr Spears" at the next hearing, set for Sept 29.

It proposes a short-term, temporary guardian who can take over from her father and potentially approve a prenuptial agreement before the entire conservatorship structure can be ended later this year.

The star rocketed to fame in her teens with hits like Baby One More Time, but suffered a highly public 2007 breakdown, attacking a paparazzo's car at a gas station.

That led to her being placed under the court-ordered conservatorship largely governed by her father.

As well as smoothing the way for her upcoming marriage, Wednesday's petition said the removal of Jamie Spears was urgent because "every day Mr Spears clings to his post is another day of anguish and harm to his daughter."

She has previously alleged in court that she had been prevented from having a contraceptive IUD removed, despite wanting more children. – AFP 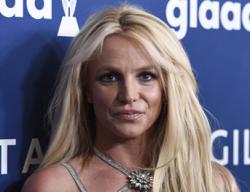