Popular K-pop rapper-singer-dancer Lisa sets a new record with the music video for her first solo track Lalisa from her new album, Lalisa.

YouTube revealed that the music video garnered 73.6 million views in just 24 hours after it release on Sept 10, Korean media reported.

In setting the new record, the 24-year-old Thai native broke the previous one held by Taylor Swift in 2019 for the song ME! – which hit 65.2 million views in 24 hours.

It also became the fastest music video by a solo artiste to reach over 100 million views in two days. Today (Sept 14) that number stands at 131 million.

The youngest member of the girl group Blackpink is the third person to release a solo album after her bandmates Jennie and Rose.

Even before Lalisa was released, Lisa had set another record – pre-orders for the physical album surpassed 700,000 within four days.

Another track in two-song album is titled Money.

Blackpink's Lisa changed her name for good luck and it worked

BoA's song 'No.1' is the top K-pop song of all time, say music industry experts 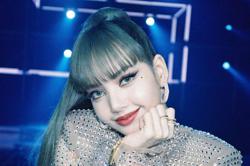 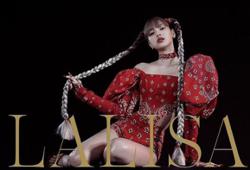 HK star Aaron Kwok shares rare photos of family for his 56th birthday
Will Alec Baldwin shooting lead to criminal charges or lawsuits?
JoAnna Cameron, star of groundbreaking superhero series ‘Secrets Of Isis,’ dies at 70
'La Brea' review: We would like some nuts with all that cheese
New report questions validity of claims made by Kim Seon-ho’s ex-girlfriend against him
Duran Duran drops new album 40 years after debut
Beyond's Paul Wong shows his love to wife Athena Chu as she turns 50
Music fans spending more time listening to tunes during pandemic, study reveals
HK star Eric Tsang says he earns less as TVB’s general manager than as an actor
Actor Ma Dong-seok didn't have to audition to get his role in 'Eternals'