'Tamiletchumy' is a 58-episode series which tells the struggles married women experience and how they navigate their lives through love, family, work, and commitments. Photo: Handout

Perhaps, this could be the best time for the local Tamil movie producers to leverage on these platforms as there is a huge audience base consuming online content right now especially during this post-pandemic period, with many of the audience watching and experimenting different kinds of content.

"Moreover, the huge Tamil diaspora offers an opportunity for Malaysian Tamil movie producers to go beyond two or three countries through the streaming platforms.

Denes said the streaming platforms give more leeway for local Tamil film producers to experiment their unique narrative and storytelling styles for the Tamil market with great expectations due to the variety of content they were already exposed to.

He said the streaming platform also helps producers to expose the diverse culture of Malaysians via the locally produced Tamil language films to the Tamil market outside Malaysia.

Denes said the quality of Malaysian Tamil films has been improving in recent times with notable films winning local and international awards besides participating in major film festivals.

Denes who is also the National Film Development Corporation (Finas) board member said Malaysian Tamil movie producers, if they start thinking differently, have the potential to produce movies that will entice audiences across the world.

"At this point of time we need people who can see things from a varied perspective and who can write stories that are creative, we want Malaysian Tamil films to be universal in nature,” he said.

Denes, however, pointed out that the monetisation capacity of a film is much higher when it is released in cinemas compared to OTT platforms.

He said audiences would be treated to 58 episodes of the series which tells the struggles married women experience and how they navigate their lives through love, family, work, and commitments. – Bernama
Article type: metered
User Type: anonymous web
User Status:
Campaign ID: 46
Cxense type: free
User access status: 3
Join our Telegram channel to get our Evening Alerts and breaking news highlights 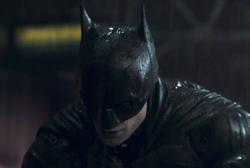 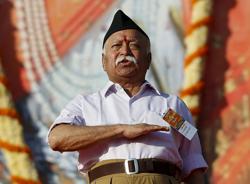