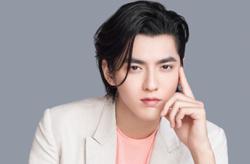 Singapore singer JJ Lin has issued a swift rebuttal to nasty talk about him in the wake of the scandal over Canadian-Chinese singer Kris Wu, who was recently arrested over rape allegations.

Late on Sunday (Aug 1), Lin's agency JFJ Productions posted on a legal statement on microblogging site Weibo, to slam those who had spread malicious rumours about Lin. The statement listed 28 online accounts which carried the allegations.

The statement, from Shanghai Jiuze Law Firm, said: "The aforementioned Internet accounts have maliciously published/spread false statements against Mr JJ Lin through ways such as slander and insults. Some of them have continued to launch personal attacks against Mr Lin in a deliberate attempt to lower his social status."

It urged the account users to delete all such statements and to stop spreading false statements about Lin.

The legal firm said it has been authorised by Lin, 40, to collate evidence and will take legal actions immediately.

This comes after the Beijing police said on Saturday that they had detained a Canadian by the surname of Wu, 30, on suspicions of rape.

While the police did not identify Wu by his full name, the performer has been embroiled in a scandal after Chinese influencer Du Meizhu, 18, accused him of having sex with her while she was unconscious.

She said on Weibo in July that Wu invited her to his house at about 10pm on Dec 5 last year on the pretext of looking for a leading actress for his music video.

More than 10 people were at the gathering, playing board games and drinking alcohol until about seven the next morning. Du stayed on at the singer's home after the rest left. The two then had sex.

Some online media in China previously claimed that Wu had mentioned the names of other male celebrities in an attempt to protect himself, with Lin and Taiwanese-American singer Will Pan among these celebrities.

There were also claims that Wu, Lin and Pan had hung out together.

Pan's agency posted a legal statement on Monday refuting such talk, as it called for the deletion of malicious posts and a public apology. – The Straits Times/Asia News Network 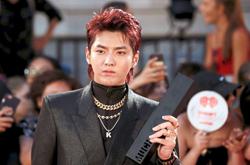