The scandal over sexual misconduct allegations against Wu has grown beyond the scope of mere celebrity gossip. Photo: Kris Wu/Instagram

The scandal over sexual misconduct allegations against multi-hyphenate superstar Kris Wu has grown beyond the scope of mere celebrity gossip to become a significant incident with public-interest implications, Chinese state media declared on Tuesday (July 20).

The rebukes from the country's top official news outlets, whose stances align with that of the ruling Communist Party, likely indicate trouble ahead for Wu, who has strongly denied the allegations levelled against him.

In China, politicians and entertainment industry associations have championed the idea that artists deemed to be "immoral" should be banned for life.

Earlier this month, 19-year-old student Du Meizhu began writing social media posts alleging that Wu, 30, had date-raped her when she was 17, and lured numerous other young girls to his bed through unscrupulous means.

She spoke in greater detail about her claims in a Sunday (July 18) interview, sparking a frenzy of attention and commentary.

China's strictly controlled state broadcaster CCTV issued a statement Tuesday calling for the creation of better industry-wide mechanisms to "force artists to improve their moral character and raise the bar for becoming a star."

"Being an artist is not just a profession – it's more about taking on social responsibility.

"Now that the Kris Wu incident has blown up to such proportions, it is no longer mere entertainment industry gossip, but a legal case and public incident of great influence, requiring a comprehensive investigation by the relevant departments to resolve any doubts," it said.

"Taking this as a lesson, we must more than ever think objectively about what kind of person gets to wear the crown of 'stardom', and with it, public scrutiny and the responsibility of setting an example." 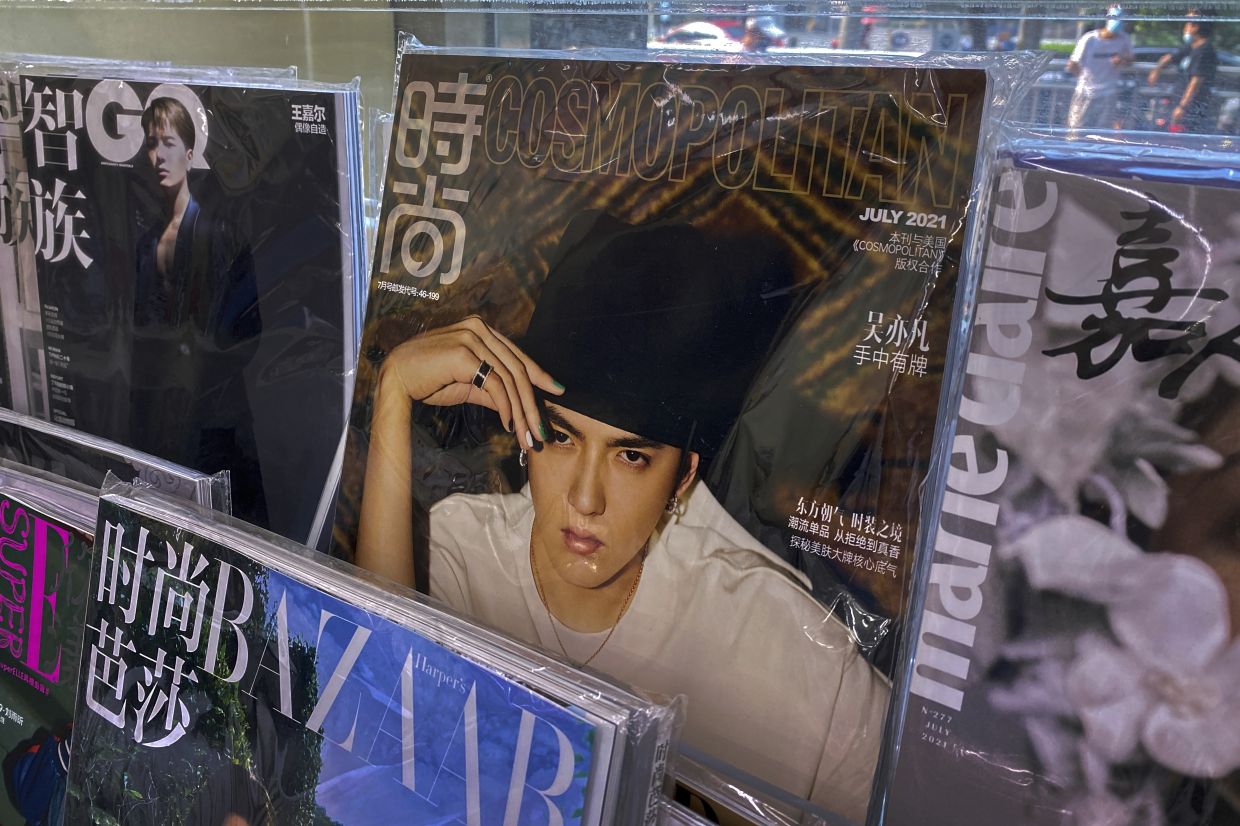 A fashion magazine showing Chinese-Canadian singer Kris Wu, centre, on display for sale on a bookshelves at a convenience store in Beijing, July 20, 2021. Photo: AP

Wu, a Canadian citizen, has vehemently refuted the allegations, writing on his official Weibo: "If there really had been such behaviour, I would certainly willingly go to jail."

Wu has not been formally charged with any crimes.

After an outburst of local and international press, his company Beijing Fanshi Culture and Media said he had only ever met Du once.

The company also said it has initiated a lawsuit against her.

Those rebuttals were then in turn addressed by Du's sister, who posted what she described as further evidence of a longer relationship between the two.

Other government-affiliated entities have been pushed by the scale of the public attention to address the issue.

In a Weibo missive re-posted more than 2 million times, the central committee of the Communist Youth League wrote: "What we are really concerned with isn't celebrity gossip, but about good and evil, beauty and ugliness in society, about fairness and justice in a society with rule of law."

The government-backed China Association of Performing Arts reiterated the importance that stars adhere to high moral standards, but said they should be judged on the basis of facts, not just online reports.

Those found to be a bad influence will "never be treated with a soft hand," it said.

Public outcry over Du's allegations have impelled at least 15 different international and local brands to drop endorsement partnerships with the star – who appears in so many different types of ads that his face is one of the most ubiquitous in China. 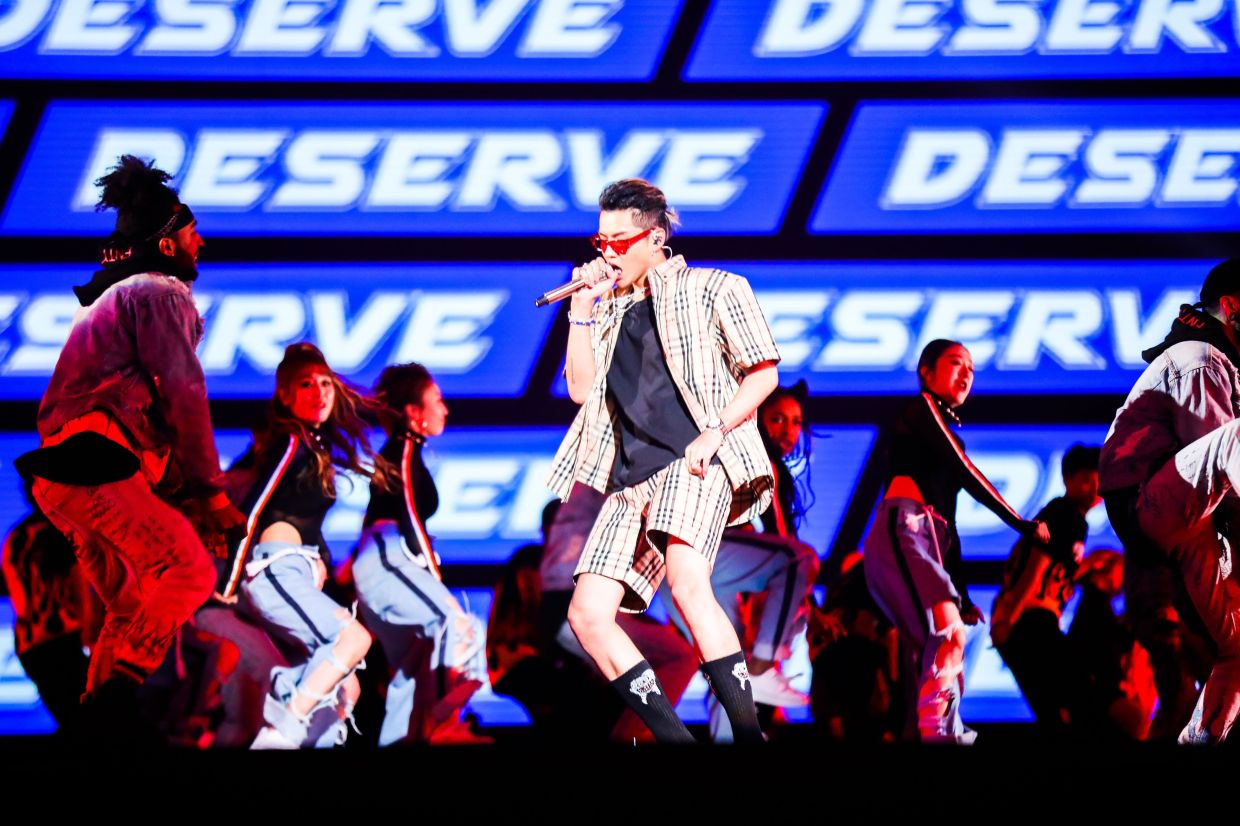 Given the past precedent of fallout for other scandal-plagued Chinese celebs like Fan Bingbing or Zheng Shuang, Wu's as-yet unreleased film and TV works will likely be shelved or edit him out to avoid association with his current bad image.

One of the major projects that could be affected is Tencent Video's hotly anticipated costume drama series The Golden Hairpin, a lavish period romance adapted from a popular web novel that features Wu opposite Yang Zi (The Bravest, Bodies At Rest).

It reportedly finished shooting last summer and was gearing up for an August release.

Wu has appeared on numerous covers of the Chinese versions of Vogue, Marie Claire, Cosmo and Bazaar over the years.

He has previously been repped by UTA and CAA.

The former agency has not worked with him since the start of the pandemic.

He was still listed as a client on the UTA website Tuesday morning, but his page had been deleted by Tuesday evening, following an inquiry from Variety.

The latter said it had no information on whether Wu remains a current client.

Wu's current Chinese management team did not reply for a request to comment by the time of publication.

In 2018, Wu signed an exclusive international recording agreement with Universal Music to distribute his music in global territories excluding Japan and Korea.

At the time, Universal Music Group Greater China chairman Sunny Chang praised Wu, one of the first Chinese artists to reach No. 1 on the US iTunes Chart, as a "genuine musical talent."

Universal said that his contract with them expired earlier this year and has not been renewed. – Reuters