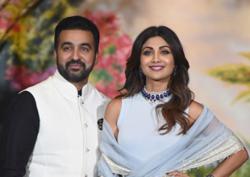 Shilpa Shetty's (pic) mother was duped by a fraudster who allegedly sold her a piece of land which did not belong to him. Photo: AFP

Police said one Sudhakar Ghare has been named in the complaint, news agency ANI reported.

Sunanda claimed that Ghare, with the help of fake papers, had sold her land for Rs1.6 crore. A case has been lodged under relevant sections of the Indian Penal Code (IPC).

This comes amid Shilpa's husband and businessman Raj Kundra's arrest in connection to the alleged production of pornographic films. He was apprehended on July 19 along with 10 others, including his business associate Ryan Thorpe, and was remanded to 14 days' judicial custody on Tuesday (July 27).

Kundra had appealed for bail but the Mumbai Esplanade court on Wednesday dismissed the plea.

The 45-year-old businessman has been charged for cheating, and obscene and indecent advertisements and displays of the IPC.

He has also been booked under relevant sections of the IT Act and the Indecent Representation of Women (Prohibition) Act, Mumbai police said.

Meanwhile, the Securities and Exchange Board of India (SEBI) on Wednesday (July 28) imposed a penalty of Rs3 lakh (RM17,050) on Shilpa, Kundra and his company Viaan Industries for a three-year delay in the mandatory disclosure to stock exchanges.

According to ANI, SEBI stated that the penalty has to be paid severally as well as jointly by the couple – who are promoters of Viaan Industries. – The Hindustan Times/Tribune News Service 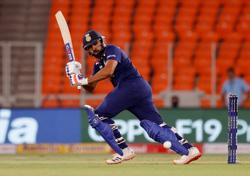