The 27-year-old was reportedly found by an acquaintance in the morning after not responding to phone calls. Photo: Instagram

The 27-year-old was reportedly found by an acquaintance in the morning after not responding to phone calls, according to reports in South Korean media.

Just a few hours before, she had posted a long four-page handwritten letter on social media, detailing past bullying scandals and apologising for her words and actions. She also revealed that she had received death wishes from haters online.

She had previously, on a number of occasions, vowed to stay off social media, and apologised for once again breaking her promise.

Mina, whose real name is Kwon Min-ah, wrote: "There were so many stories that came out that were different from what I experienced. Also, a lot of people asked me to explain. I want to explain everything for what they are. So I will explain everything without any lies."

She left the group in 2019 and revealed a year later that she had suffered from a decade of bullying and harassment from band leader Jimin, 30, whose real name is Shin Ji-min.

In the explosive expose last year, Mina also showed a photo of her scarred wrists as evidence that she had attempted suicide in the past.

Jimin subsequently issued an apology, left the group and retired from the entertainment industry. AOA, which started out with eight members, has only three members left.

Mina was also recently embroiled in another controversy last month, which saw her being the third party in a cheating scandal, but has since broken up with the man. – The Straits Times/Asia News Network 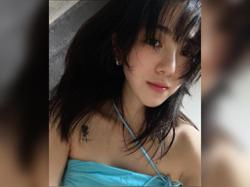