The second season of slice-of-life medical K-drama Hospital Playlist reunites its five leads - Jeon Mi-do, Jo Jung-suk, Yoo Yeon-seok, Kim Dae-myung and Jung Kyung-ho. They play surgeons who are long-time friends from medical school and they are just as tight-knit off-screen. Though it has been a year since the last season, the chemistry between them comes through clearly at an online press conference.

Here are five things to watch out for in the new season, which premieres on today (June 17) on Netflix.

1. The friendship is real

They have a group chat and have kept up with one another over Zoom during the pandemic.

Jung, 37, star of Prison Playbook (2017 to 2018), says: "This is my first time doing a drama that has a second season. There's beauty in coming back to a group of people who feel like family and a set you're very fond of."

Adds Yoo (Reply 1994, 2013), also 37: "I love how we can just casually make fun of one another. It's very tough to create that sort of ambience on set for a cast that's getting together for the first time."

2. More music from the actors

In the first season, the characters formed a band and jammed together to unwind. Most episodes featured a song actually performed by the quintet and the second season is no exception.

Director Shin Won-ho says: "They now take a shorter time to learn a song. Even though they complain about how hard the songs are, they still manage to do it."

For Jung though, the performances are no walk in the park. The guitarist of the band jokes: "I don't think I have music in my DNA."

In the second season, relationships of all kinds - friendships, romance and family - will come into focus, with new characters being introduced as well.

Jung says: "The first season was big on introducing our characters as people, but this time, I think audiences will get to see more chemistry between us and a truer friendship among our characters."

Jeon, 38 - a prominent musical theatre actress and the only female lead - says: "There are also the patients featured in each episode and their heart-warming and tear-jerking stories to look forward to."

At the end of season one, the love stories of several characters were left hanging. Jo teases: "Some characters will develop romances with each other and that will be told in an entertaining way."

The creators have made clear in behind-the-scenes footage that they tried to cast actors similar to the characters.

Asked who was the most like his or her on-screen persona, Jeon and Jo point to Kim (Misaeng, 2014), who plays Seok-hyeong, a reserved obstetrician-gynaecologist.

Kim, 40, draws laughs from his co-stars with his response: "I think you all misunderstand me. I'm actually a big extrovert. Perhaps there are parts of me I've kept hidden that I see in Seok-hyeong."

Jo says Jung is the furthest from his role: Jun-wan, a bespectacled cardiothoracic surgeon with a sharp tongue. He adds: "Kyung-ho's actually very friendly and cute in real life. Jun-wan is more cold on the outside although he is warm on the inside."

Though the creative team behind Hospital Playlist originally toyed with the idea, there are currently no plans for a third season.

Director Shin says: "(Three seasons) is the sort of timeline we originally had in mind. This is my first attempt at a seasonal series so I've come across a lot of new challenges and limitations. There are a lot of pros, but also some cons that we were not able to foresee.

"I've told the cast members a third season is not definite, so they can feel free to schedule whatever projects they want to do." – The Straits Times/Asia News Network

Hospital Playlist 2 premieres on Netflix on June 17 at 10pm, with new episodes every week. 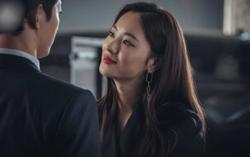 Actor Bob Odenkirk hospitalised after collapsing on 'Better Call Saul' set
Meghan Markle and Prince Harry’s daughter, Lilibet, finally added to royal line of succession
Venezuelan actor Edgar Ramirez: 'I have family members dying of Covid'
Naya Rivera's ex husband pays tribute a year after ‘Glee’ actress was laid to rest
Greek TV�presenter fired after racist comment about Korean Olympic athlete
Taiwanese celeb Jacky Wu plans to leave all his money to charity and none for his kids
Malaysian actor Shaheizy Sam uploads video of Uzbekistan Olympic weightlifter who looks like him
Britney Spears says father gets US$16,000 a month while she only gets US$14,000
Seoul court rules against US composer in plagiarism suit over 'Baby Shark'
Lizzo, Lenny Kravitz named among Peta’s ’20 Most Beautiful Vegan Stars’ of 2021