Armie Hammer reportedly checked into a rehabilitation facility outside of Orlando, on May 31, 2021. Photo: Handout

Actor Armie Hammer, who was rocked by a scandal involving cannibalism fetishes and a rape accusation earlier this year, has checked into a Florida treatment programme for drugs, alcohol and sex issues.

According to sources who spoke to Vanity Fair magazine, the 34-year-old left the Cayman Islands, where he has been living since last December, on May 29.

An eyewitness reported an emotional farewell at the airport with his estranged wife, television personality Elizabeth Chambers, and their two young children. The former couple had announced that they were ending their 10-year marriage in June last year, before the scandal broke.

On May 31, he reportedly checked into a rehabilitation facility outside of Orlando and has been there for a week, according to a source who said Hammer had pledged to stay there for as long as it takes to get healthy.

A close friend of the American actor said: "Everyone looks at Armie thinking that he's had some sort of privileged life - and that must mean there were no problems in his youth and everything was peachy keen."

Hammer's family is well-known in the Cayman Islands, where he spent a part of his childhood. His great-grandfather, Armand Hammer, was an oil tycoon who died in 1990 and left an estimated US$180mil fortune to Armie Hammer's father, according to Business Insider.

Armie Hammer's friend said: "Just because you come from an upbringing where financial resources are plentiful doesn't mean life isn't without problems."

A number of people who have worked with the Call Me By Your Name (2017) actor on various projects have spoken about his abuse of drugs and alcohol.

In January, a series of direct messages about rape fantasies and cannibalism fetishes, allegedly sent by Hammer, were leaked online.

After the messages came to light, several of his former partners - including model-influencer Paige Lorenze and app creator Courtney Vucekovich - accused him of being controlling and physically abusive.

He also dropped out from upcoming projects, such as Shotgun Wedding with Jennifer Lopez.

In March, a 24-year-old woman Effie accused the beleaguered star of violently raping her in a hotel room in 2017, as well as physical and emotional abuse during their four-year relationship.

Hammer has denied the allegation and his lawyer has provided screenshots of alleged text conversations between him and Effie which suggest he told her they could not pursue a relationship.

In a statement, his lawyer said: "With the truth on his side, Mr Hammer welcomes the opportunity to set the record straight. From day one, Mr Hammer has maintained that all of his interactions with (Effie) - and every other sexual partner of his for that matter - have been completely consensual, discussed and agreed upon in advance, and mutually participatory." – The Straits Times/Asia News Nework 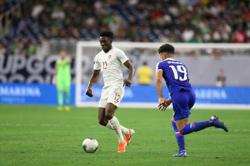