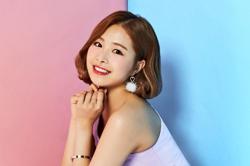 IU has been donating to numerous causes and charitable organisations since her debut. Photo: Edam Entertainment

Korean singer-actress IU, who is known for her generosity, marks her birthday on Sunday by making a meaningful donation.

On May 16, IU turned 28 and she donated a total of 500mil won (RM1.82mil) to various foundations in South Korea such as Korea Paediatric Cancer Foundation and the Korea Unwed Mothers Families Association.

Her agency, Edam Entertainment, released this statement to Korean media: “IU wished to do something good in the name of her fan club on her last birthday in her 20s to return some of the love she has received from people."

Yonhap reported that the donations will be used to help out with the medical fees of children suffering from rare diseases and provide financial aid to single-parent families, single elderly households and teenagers graduating from institutional care.

Earlier in March, to mark the release of her fifth studio album Lilac, IU and her fans created a 100mil won (RM365,622) fund to help single-parent families and people with hearing disabilities.

Despite her busy schedule, on May 16, the My Mister actress posted a cute video on her YouTube channel which has her decorating a cake for her dad.

The video, she says, it’s to celebrate her birthday, the fact she reached six million subscribers on her YouTube channel as well as to commemorate Parents’ Day.

Watch the video below: