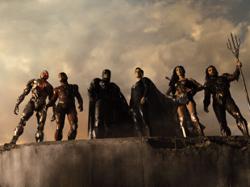 One of the clashes that supposedly happened on the set of the film was between Gal Gadot and Joss Whedon, over changes that the actress was not comfortable with. Photos: Handout

Director Joss Whedon is facing new allegations about his behavior during reshoots of Justice League, with said accusations involving details on how he threatened Gal Gadot’s acting career.

It has been almost a year since Ray Fisher, who plays Cyborg in the film, accused Whedon of “abusive” behavior during the filming for Justice League. But it appears that he is not the only star of the film who disagreed with Whedon’s approach, The Hollywood Reporter stated on April 6.

One of the clashes that supposedly happened on the set of the film was between Gadot and Whedon, over changes that the actress was not comfortable with.

Gadot, who plays Wonder Woman, reportedly had multiple concerns that her character was “more aggressive than her character in Wonder Woman" and wanted to make the character flow in between movies. However, Whedon was dismissive of Gadot when she questioned her lines.

Fisher declined to discuss any of the details about the incident but sources said the director threatened Gadot and disparaged Patty Jenkins, the director of Wonder Woman and Wonder Woman 1984. He also allegedly pushed Gadot to record lines she did not like.

“Joss was bragging that he’s had it out with Gal. He told her he’s the writer and she’s going to shut up and say the lines and he can make her look incredibly stupid in this movie,” the source said.

The clash escalated to the point where Warner’s chairman Kevin Tsujihara had to intervene.

“I had my issues with (Whedon) and Warner Bros. handled it in a timely manner,” Gadot said in a statement.

Meanwhile, Fisher said he was not focused on what happened during the filming of Justice League anymore. He was more concerned about the way executives from Warner film studio and WarnerMedia handled the allegations of the cast. He added that he had already apologised to Whedon for his part in the conflict during filming.

Fisher’s earlier accusation of Whedon stated that he was “enabled, in many ways” by producers Geoff Johns and Jon Berg. But this is not the first time Whedon faced allegations of on-set abuse. Buffy the Vampire Slayer star Charisma Carpenter also accused him last February for being “hostile and toxic” when filming. – Philippine Daily Inquirer/Asia News Network 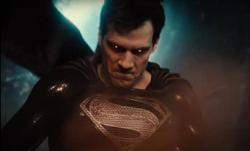