'It's a good thing there are only six of us. A seventh Leaguer would be right out of the frame.'

So I'm now a believer in Zack Snyder's vision for Justice League, or at least 80% convinced, after making it through 240 minutes (give or take a few) of the once mythical, now real Snyder Cut.

I was not a big fan of how he set up the DC Extended Universe, from 2013's overwrought Man Of Steel to the misplaced melodramatic beats (and sheer ludicrousness) of 2015's Batman V Superman: Dawn Of Justice.

Both times, the skewed approach to Clark Kent's adoptive father Jonathan Kent and the polarising nature of Superman, rather than being a beacon of hope, put me off.

After watching the theatrical cut of Justice League – the one completed by Joss Whedon in 2017 after Snyder left the project because of a family tragedy – I couldn't help but wonder how Snyder, the great maker of movie moments, would have brought it all to the screen. 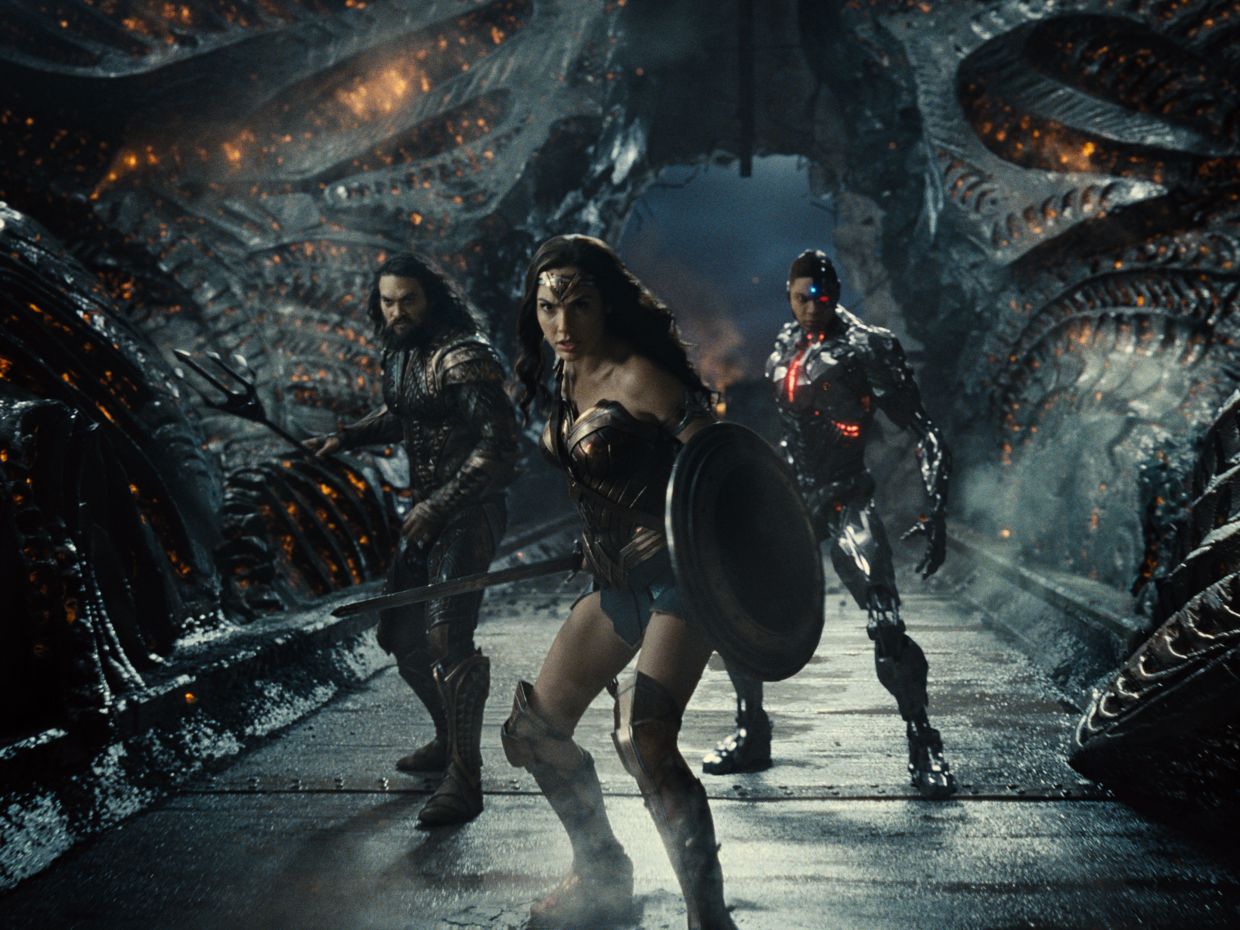 When his legion of fans (who clearly saw something in his earlier projects to which my unyielding preconceptions may have blinded me) started clamouring for the release of the then-rumoured Snyder Cut, I was like,"Yeah, good luck with that."

But the movement gained momentum, and then Snyder himself announced that it was becoming a reality. And still, that snarky inner devil kept sniggering at the thought.

Some months and four hours later, I can safely conclude that: 1) sometimes, a filmmaker's passion can be so apparent and infectious that it overwhelms a cynic/sceptic's barriers to win grudging admiration; and 2) if he'd left out all the slow-mo (and I mean s-l-o-w m-o-o-o-o) sequences, the movie might have clocked in at just three hours. (Kidding.)

The bottom line: while I kind of liked the Whedon version, I really liked the Snyder Cut, which is to me the director's best flick of his three DC ventures and brings new heights of emotion, gravitas and villainy not seen in the theatrical release.

But still... four hours? Well, aside from my gripe about the excessive slow-mo and overuse of grand operatic flourishes, there doesn't seem to be too much else about this that's wasted or seems like obvious padding.

Perfect for streaming (since we can press pause anytime), maybe not quite meant for cinemas.

I'm happy that each member of the League, especially the less cinematically established ones like the Flash (Ezra Miller), Cyborg (Ray Fisher) in particular, and Aquaman (Jason Momoa), have more "character moments" to flesh out their stories.

And that Wonder Woman (Gal Gadot) is even more badass than before (witness her parting shot to a major villain).

It's pleasing to see how Superman's (Henry Cavill) rediscovery of his purpose on Earth is accompanied by more noble-sounding voiceovers of encouragement from both his Kryptonian and Earth fathers than we saw in MOS or BVS.

And fitting, though hardly pleasant, to see Batman (Ben Affleck) and Joker (Jared Leto) interacting in a scene that aptly distils their mutual antagonism and twisted interdependence.

Also, I'm glad for the cameos by other heroes, those yet to join the League or even yet to become costumed do-gooders; and for the R-rated violence, which is totally in step with this grittier take on the DC heroes.

What I'm most grateful for, though, is the added depth and dimension to the villainy. Whereas all we had in the 2017 film was Steppenwolf (Ciaran Hinds) and his horde of Parademons, the Snyder Cut gives us the bigger picture of DC's cosmic villainy, as envisioned by the great Jack Kirby. 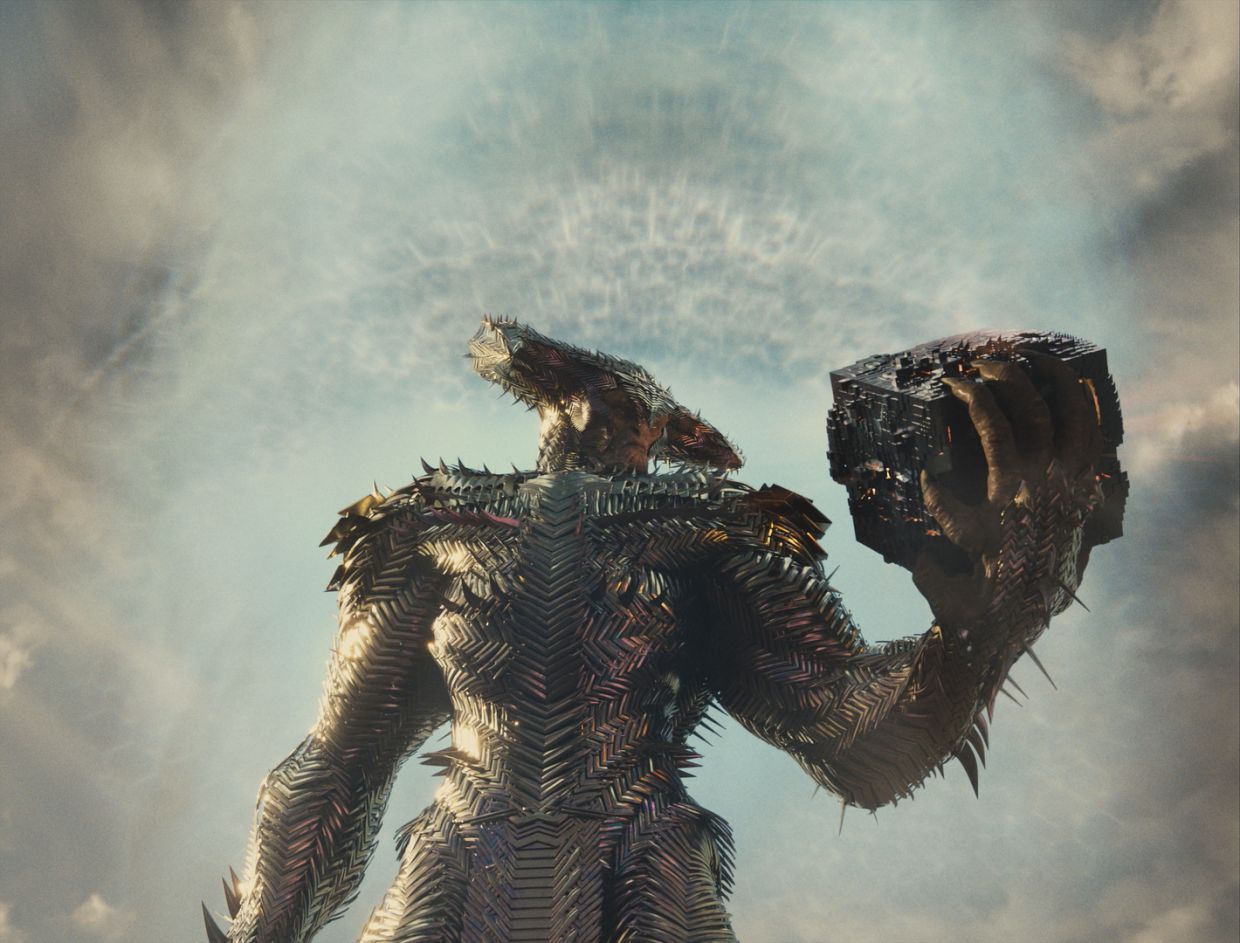 'Finally ... I have a motherbox to give daddy! Er, I mean to mighty Darkseid! Who's actually my nephew. It's complicated.'

Darkseid, Steppenwolf's master, is seen not only giving orders and stomping on severed heads in disgust, he also takes centre stage in the "Age of Heroes" battle on ancient Earth, fittingly replacing his named-for-a-Canadian-rock-band flunky in a sequence that plays with much greater impact than it did in theatres.

Together with tantalising glimpses of other Darkseid minions and of his homeworld Apokolips (not named here, if I remember correctly – there's just so much to take in), the Snyder Cut finally brings much-deserved cinematic life to Kirby's ahead-of-its-time Fourth World Saga.

And that alone accounts for 80% of my being 80% convinced.

It's uncertain at this time if there will ever be a continuation of the "Snyderverse", as the auteur's take on DC has come to be known.

Barring that, the Snyder Cut stands as a solid example of how an uncompromising vision, given the room it needs to stretch its wings, can elevate even four-colour pulp adventures to mythical, epic proportions.

And what we have here – with all its excesses and indulgences, heartfelt tributes, trademark Snyder Moments, numerous heroes' journeys and spectacle – is pretty much that: an honest-to-goodness epic.

Zack Snyder's Justice League is available to stream on HBO GO from 3.01pm on March 18.

The long-awaited 'Snyder Cut' with its heart of darkness and heightened spectacle is an often mesmerising showcase of passion and vision.