Too late, Rutherford realised he should not have skipped the the James T. Kirk holotutorial on Gorn encounters in Starfleet Academy.

Not being a huge fan of present-day incarnations of Star Trek, I was looking forward to Lower Decks with all the enthusiasm of a Borg-assimilated starship captain about to unleash mass slaughter upon his Starfleet comrades at Wolf 359. (The Borg side of me wouldn't care, while the suppressed human side would be screaming in soundless anguish.)

A plan to work "lowest dreck" into the copy had already half-formed in my mind when I reached for the remote to begin the first episode of this animated series.

Hey, it's not easy liking the Trek output from Alex Kurtzman's Secret Hideout, after Discovery tried to shoehorn an entire ship into Original Series mythology and a whole adopted sister into Spock's family history – and went about it in a really smarmy, in-your-face kind of way.

By the end of the first 20-plus minute episode of Lower Decks, though, I'd had a complete change of heart.

This thing, fellow fans, is a whole lot of laughs: irreverent enough to set itself apart from regular Trek offerings (it's set in the Next Generation era, 2380 to be precise – a year after the events of Star Trek: Nemesis), yet mindful and respectful enough of series lore to earn a place among them. 'It's great to be back on a starship! But I have to say, I'm a bit disappointed that the writers didn't throw in a historical QAnon reference in the script.'

Unlike previous series in the franchise, Lower Decks is not about the A-team of its featured vessel, in this case the California-class starship USS Cerritos; but the folks who occupy, well, the lower decks.

Mainly, the low-ranking ensigns and cadets who handle all the grunt work and mundane chores yet somehow manage to find themselves in the thick of the action.

Hey, it just wouldn't be fun to watch ensigns loading medical relief supply crates onto shuttles for a whole episode, or cleaning out the holodeck waste processors (though it needs to be done, euww).

The series revolves around four buddies from the lower decks: Beckett Mariner (voiced by Tawny Newsome), a highly capable underachiever; Brad Boimler (Jack Quaid, The Boys), an eager beaver whose drive to get a promotion is permanently stuck at Warp Factor 10; D'vana Tendi (Noel Wells), an Orion and a starry-eyed newcomer to the Cerritos; and Sam Rutherford (Eugene Cordero), a potentially great engineer who is still adjusting to his new cybernetic implant.

Lower Decks comes to us from Mike McMahan, whose work in animation includes the acclaimed Rick And Morty and the aliens-among-us Hulu series Solar Opposites.

McMahan is reportedly a big Trek fan, and his love for it shows through in almost every frame of Lower Decks.

Each episode is packed to the gills with Easter eggs and series references, even the 1970s animated series (the Cerritos has a Caitian doctor, and there's mention of a giant Spock – insert facepalm emoji here) and Enterprise (the lyrics of that series' opening theme song actually find their way into the dialogue in one episode). 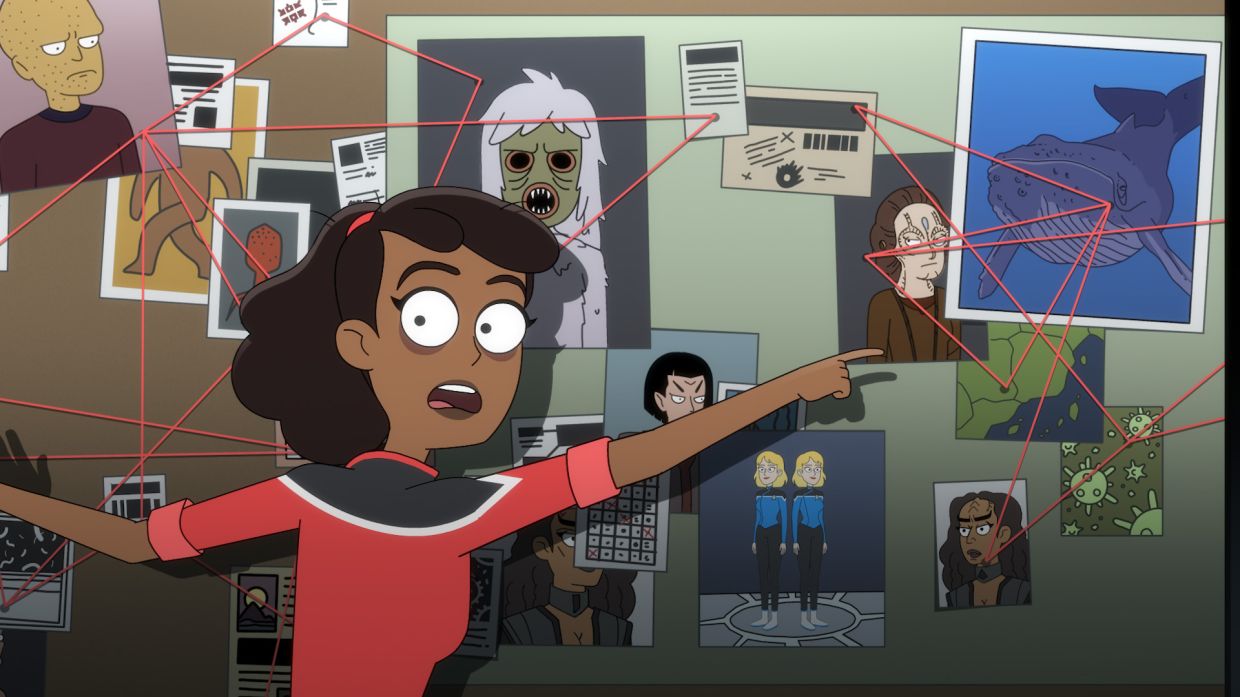 Of all her (under)achievements, Mariner was proudest of her Easter Egg wall.

Since this one is billed as a comedy, expect the people and situations here to be somewhat exaggerated – stopping a little shy of being caricatures – and this applies to the Cerritos' command crew as well.

From its no-nonsense captain Carol Freeman (Dawnn Lewis) to its Kirk-Riker hybrid first officer Jack Ransom (Jerry O'Connell) and grumpy cat doctor T'Ana (Gillian Vigman), the ship's A-team is about as commanding as you can expect for a starship which simply doesn't play a very important part in Starfleet's operations.

Despite being largely overlooked in matters of galactic significance, the Cerritos certainly gets into some pretty awful and awesome situations. These range from a "zombie" outbreak in the very first episode to an encounter with an alien race not seen since The Next Generation's second season.

References to every Trek series that has gone before abound in Lower Decks (except, understandably, Discovery), with the show going so far as to seek out several TNG regulars for guest voice roles. (They're great, especially the ones in the season finale.)

A lot of the details can be from pretty obscure areas, and you'll need to keep checking your preferred Star Trek web-o-pedia to see if it's canon (and it usually is).

While there is a decent developmental arc for several of the main characters, the series' first season remains a nicely done if lightweight entry in the franchise, with a number of gems but a couple of episodes that are just passable.

One thing that could have given Lower Decks a much-needed boost in these times of serial storytelling: an overarching storyline that starts out as whispers among the lower deck crew and gradually draws them all into the thick of things. Oh well, maybe that's on the cards for the second season, which has already been greenlit.

For now, episodic as it is, we can still have fun with this wide-eyed, optimistic (after such a long dark tea-time of the Trek soul) first season with the Cerritos' nutty crew. They may not have it all together, but they've got faith of the heart. Ouch.

All 10 episodes of Star Trek: Lower Decks are available on Prime Video.

A nerve pinch to the funnybone. 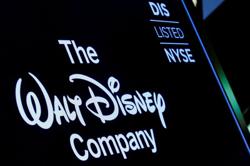