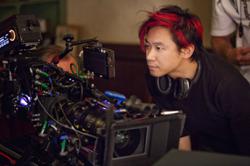 James Wan is best known for his work in the Conjuring film franchise. Photo: Filepic

Malaysia-born James Wan is best known for delivering the scares in The Conjuring film franchise.

But it seems Wan will be moving on from evil spirits to zombies in his latest project.

According to Deadline, Wan's production company Atomic Monsters is set to produce the Hollywood remake of 2016 South Korean zombie flick, Train To Busan.

Besides Train To Busan, the 43-year-old has been busy working on three films, all slated for release this year. Wan is a producer on Mortal Kombat and The Conjuring: The Devil Made Me Do It. He also directs and produces Malignant.

Another South-east Asian native tapped to join the project as a director is Indonesia's Timo Tjahjanto.

Timo's directing credits include Indonesian films Headshot, May The Devil Take You and The Night Comes For Us.

Celebrities turn to podcasts to hang on to fans during the pandemic.