A car wash fundraiser is a fun way to raise valuable funds. Such charity events are commonly seen in western countries but not in Taiwan.

In the video, they first tried to flatter the female customers in the cars, making them elated. The car wash service let the first guest pay NT$2,000 (RM288).

When they washed the second car, they even played games with the driver, saying sweet words along the way.

After the game, the customers couldn’t help but say: “What a surreal experience.” All three guests were quite satisfied with the car wash service.

At the end of the video, the macho men announced that they had only raised a total of NT$4,800 (RM692) though. The production team said they will make up for it to reach the expected amount of NT$6,000.

Responding to the video, many have left messages praising “The guests are happy to enjoy their good figures.” One commented: “One of them looks like Eddie Peng. – The China Post (Taiwan)/Asia News Network 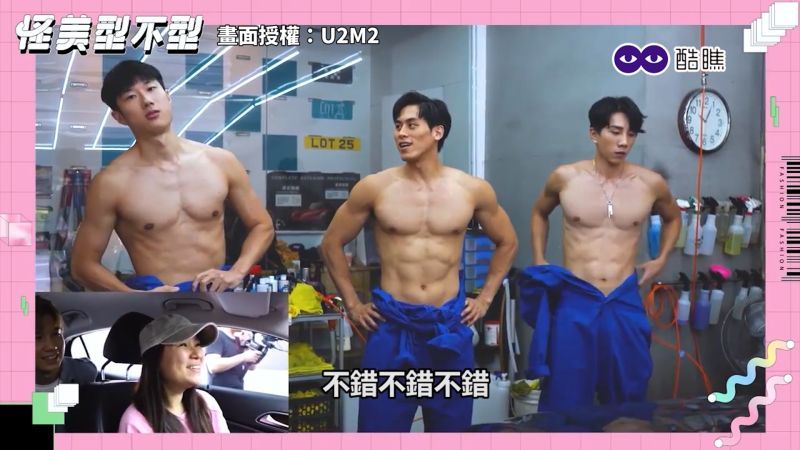 All for a good cause. Photo: Courtesy of U2M2

HK singer Karen Mok slammed by Chinese netizens for wearing Dolce & Gabbana
Forth Eorlingas! A LOTR anime movie on the 'War Of The Rohirrim' is in the works
K-pop group Red Velvet to return in August with new album
Rookie K-pop group Lightsum hopes to shine bright
Mamamoo’s Wheein leaves company, but band goes on
K-pop group Twice has a Taste Of Love in 10th EP
Are singers Fish Leong and Christine Fan no longer friends?
'She-Hulk' casts Jameela Jamil as Marvel villain Titania
The Kardashians (and Jenners) take a bow after 20 seasons of drama on TV
Vinyl records surge during pandemic, cassettes making a comeback