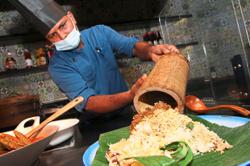 'Growing up in Malaysia, I was exposed to a lot of strong, bold flavours,' says contestant Santhi Muniandy-Deisch (right). Photo: Handout

The series tests three home cooks on their ability to turn yesterday's leftovers into fancy dishes.

The contestant which impresses the judges – comprising Jackie Tohn, David So and Rosemary Shrager – the most walks away with US$10,000 (RM39,970).

Consumer consultant Santhi, 41, who appeared on the show's third episode, introduced herself as "the fairy godmother of leftover food" and gave a shout-out to her home country.

"Growing up in Malaysia, I was exposed to a lot of strong, bold flavours. I use that as my inspiration when I'm in my own kitchen," says Santhi who hails from Penang and is currently based in Minneapolis, Minnesota.

One of the challenges required her to breathe new life into a leftover beef moussaka and greek salad.

She proceeds to turn the Greek dish into the Asian-influenced Nepali momos and bibimbap, which earned high praise from the judges.

Judge Shrager says her bibimbap was "quite frankly delicious" while judge So was impressed by the "transformation and creativity" her dish displayed.

So much so, Santhi was named the winner in the episode. She talks about the significance of the win:

"Winning this competition is knowing there's no limit to what I can do. And it's about showing my kids that you should dream big and don't stop dreaming." 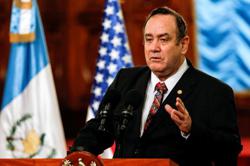